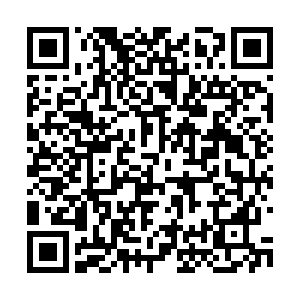 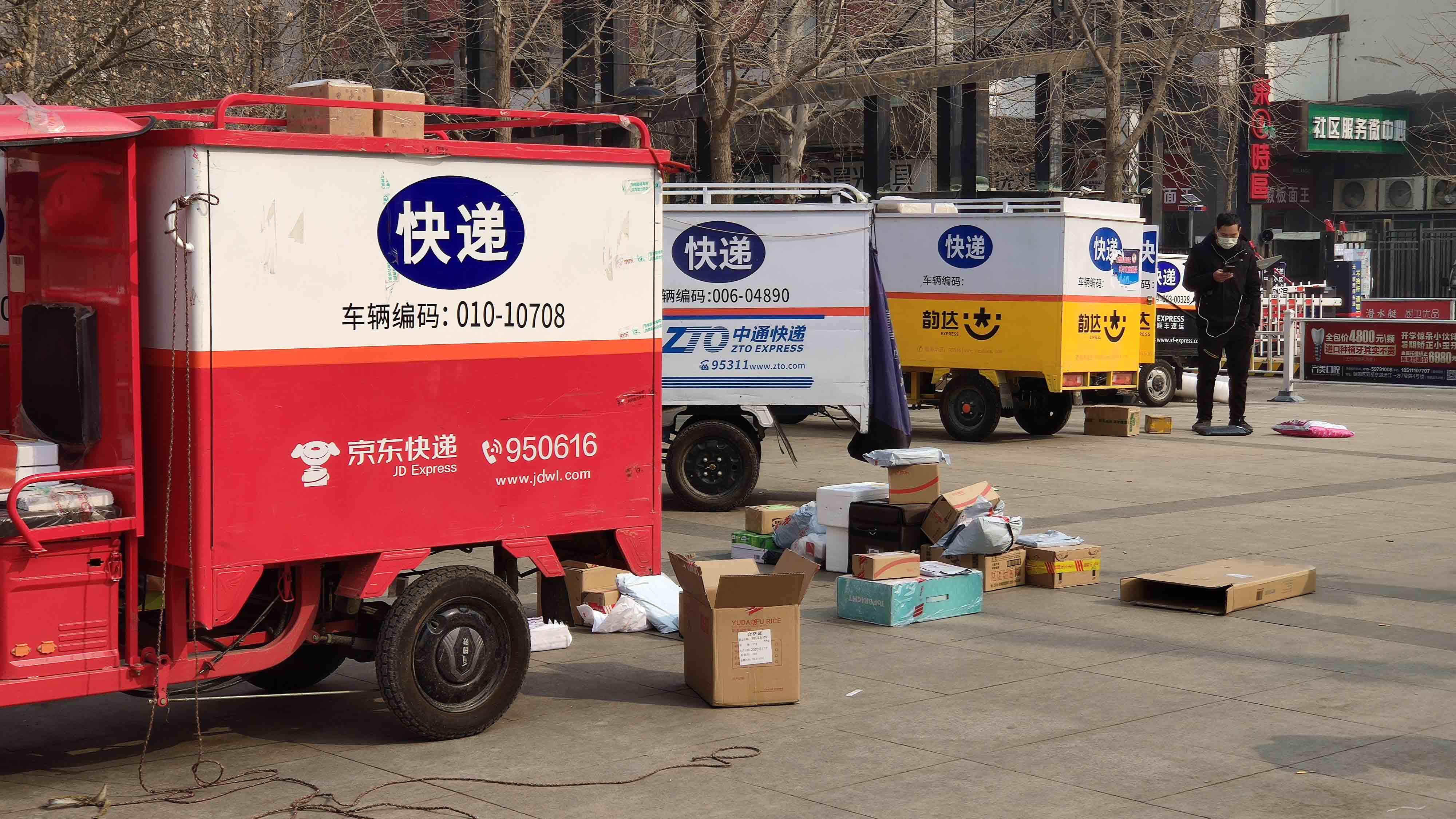 After weeks of almost total shutdown, cities across China hope to resume work as soon as possible, while continuing the fight against the novel coronavirus.

On February 10, the State Postal Bureau announced that the delivery industry should resume work. The delivery sector is not only the first to resume services but is also eager to take on its share of social responsibilities in the fight against the novel coronavirus.

At a ZTO distribution center in Beijing, one of China's biggest delivery companies, a new day has come with the buzzing sound of a newly-installed sterilization machine.

From scooters, trays, to newly arrived packages... nothing can pass without getting disinfected. 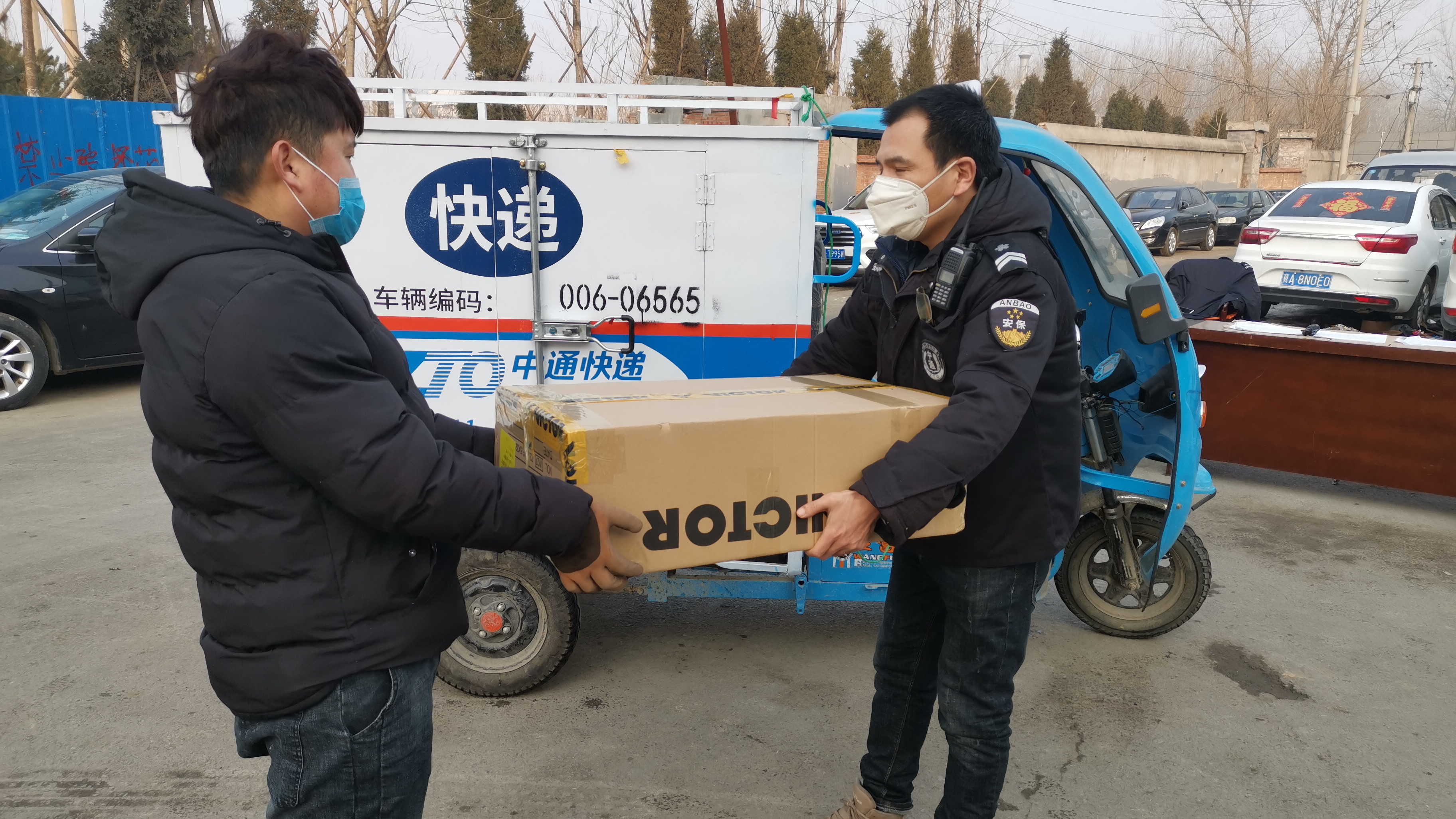 A customer collects his delivery package from a ZTO deliveryman. /CGTN

A customer collects his delivery package from a ZTO deliveryman. /CGTN

Hou Yongmeng has been working as a deliveryman for the past two years. He's seen his workload reducing by half, along with his wages. "Usually I only need to deliver packages to one community. Now, I am being sent to three. Today I'd have to deliver around 200 packages," Hou said.

Like his colleagues, Hou feels obliged to resume work as soon as possible.

At ZTO, 70 percent of the delivery staff has returned to work. 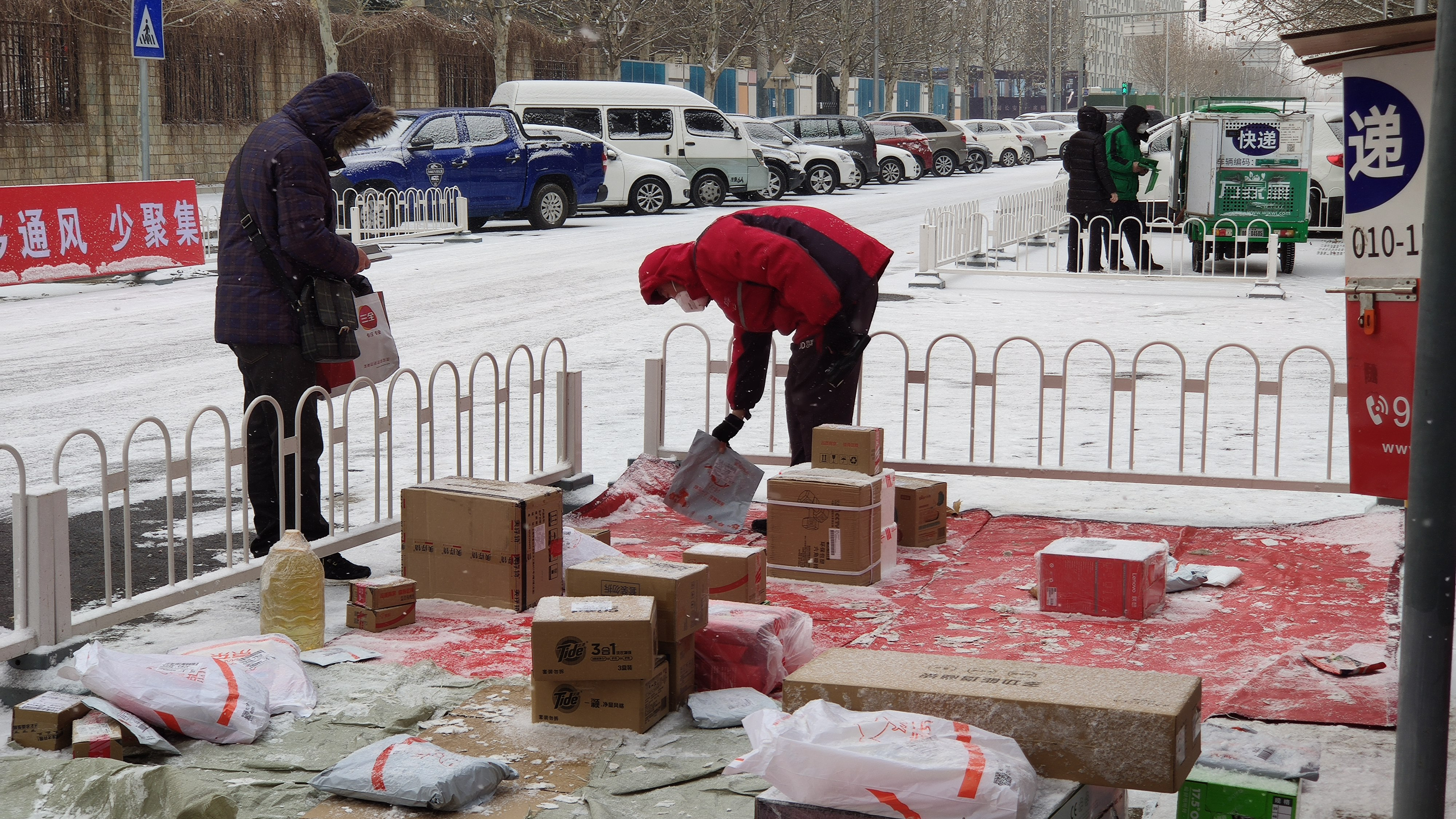 A man collects his parcel from a JD.com deliveryman outside a residential compound in eastern Beijing, February 5, 2020. Wu Gang/CGTN

A man collects his parcel from a JD.com deliveryman outside a residential compound in eastern Beijing, February 5, 2020. Wu Gang/CGTN

"The resumption of delivery services matter not only in the economic sense, but as the fight against the epidemic continues, it means we'd have to shoulder greater social responsibilities. The reason why many of us are able to stay at home is because the delivery staff are doing their job," said Si Liyao, deputy manager of ZTO Express' Beijing Center.

Even though the majority of them are back to work, it doesn't translate into the recovery of the industry.

Delivery personnel often find it difficult to deliver packages due to road closures and traffic controls across regions due to the virus.

There are also fewer packages to deliver due to a sharp decline in online shopping.

"As compared to the same period in previous years, we now have only one-third of our business. That's mainly because the online retailers have not resumed work. There's also a sense of distrust among our customers on how we work. So, ZTO is now working on a set of safe delivery procedures. We want to cultivate a feeling of trust. I think when the outbreak eases by the end of March, the sense of trust will increase, and we'd see a major improvement in our business," said Si. 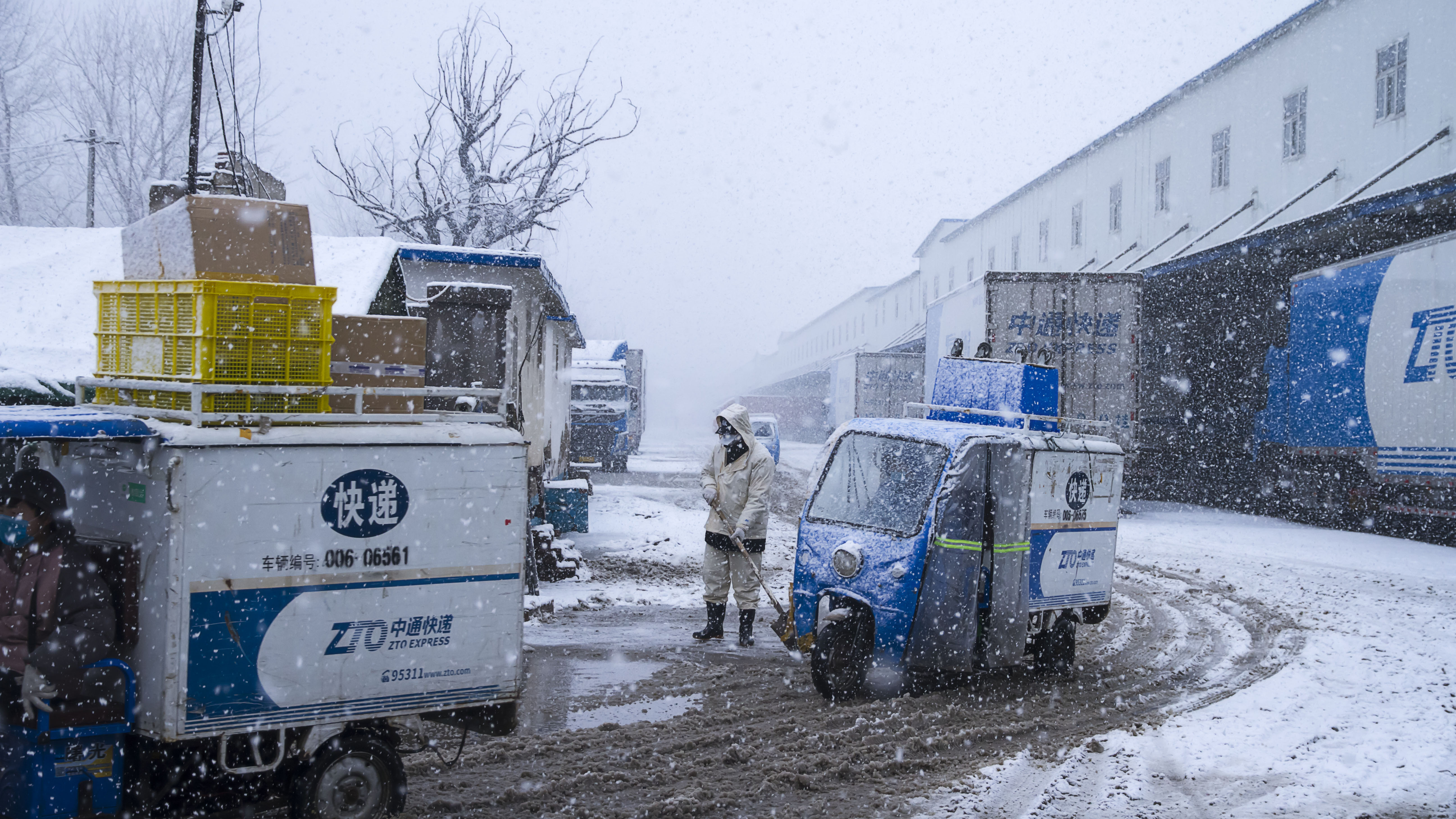 Delivering packages despite the weather. /CGTN

Delivering packages despite the weather. /CGTN

For now, the delivery staff are not allowed to enter most communities in Beijing.

For Hou, it means endless phone calls to customers to pick up their packages, and more time spent waiting at the gates.

The State Post Bureau planned that the country's delivery industry should be restored to over 40 percent of its normal capacity by mid-February.

In addition, postal management will cooperate with departments to address problems during the epidemic, such as obtaining passes for vehicles to pass through, couriers going into residential communities for delivery, and use of smart delivery lockers.