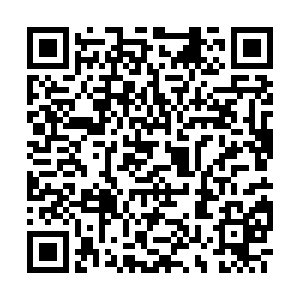 The production and sales volume of cars in China dropped in January by 24.6 percent and 18 percent respectively year-on-year due to the Spring Festival holiday and the new coronavirus outbreak. To promote consumption, Chinese President Xi Jinping has encouraged regions with restrictions on car purchases to loosen control by issuing more license plates.

Xi made the remarks while chairing a meeting by the Standing Committee of the Political Bureau of the Communist Party of China (CPC) Central Committee on how to fight coronavirus, according to an article published by Qiushi Journal on February 15, an affiliated to the CPC.

As the outbreak starts to take its toll on China's economy, President Xi noted that one of the main tools to hedge the negative economic impact of the virus is to expand consumption, especially through sales of big-ticket items, including automobiles.

Currently, regions with purchase limits can issue up to 500,000 or 600,000 plates annually. Adding another 200,000 to 300,000 could boost consumer confidence and lift the market, according to Cui Dongshu, secretary general of the China Passenger Car Association (CPCA).

Even before the health emergency, the automobile industry had already been in a slump for a few years. After expanding for 28 years, the car sales volume in China dropped for the first time in 2018, by 2.8 percent from the previous year. The decline continued in 2019 – to the order of 8.2 percent.

The industry was expected to gradually turn around in 2020 after some adjustments in 2019, according to the China Association of Automobile Manufacturers.

Yet the sudden strike of coronavirus has influenced both the domestic production and sales of automobiles. The supply chain of auto parts has also been disrupted. If the crisis is not over soon, it will influence the global car industry as well, as China is a major auto parts exporter.

Until mid-February, according to Cui, only 5 percent of 4S stores remained open compared to the same period last year. Among 183 vehicle production bases in China that answered the survey conducted by the CPCA, only 59 percent of factories had resumed production, though not at full force.

According to a report released by Huachuang Securities, the impact is expected to be short-term, lasting one to two quarters.