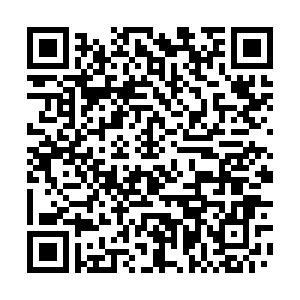 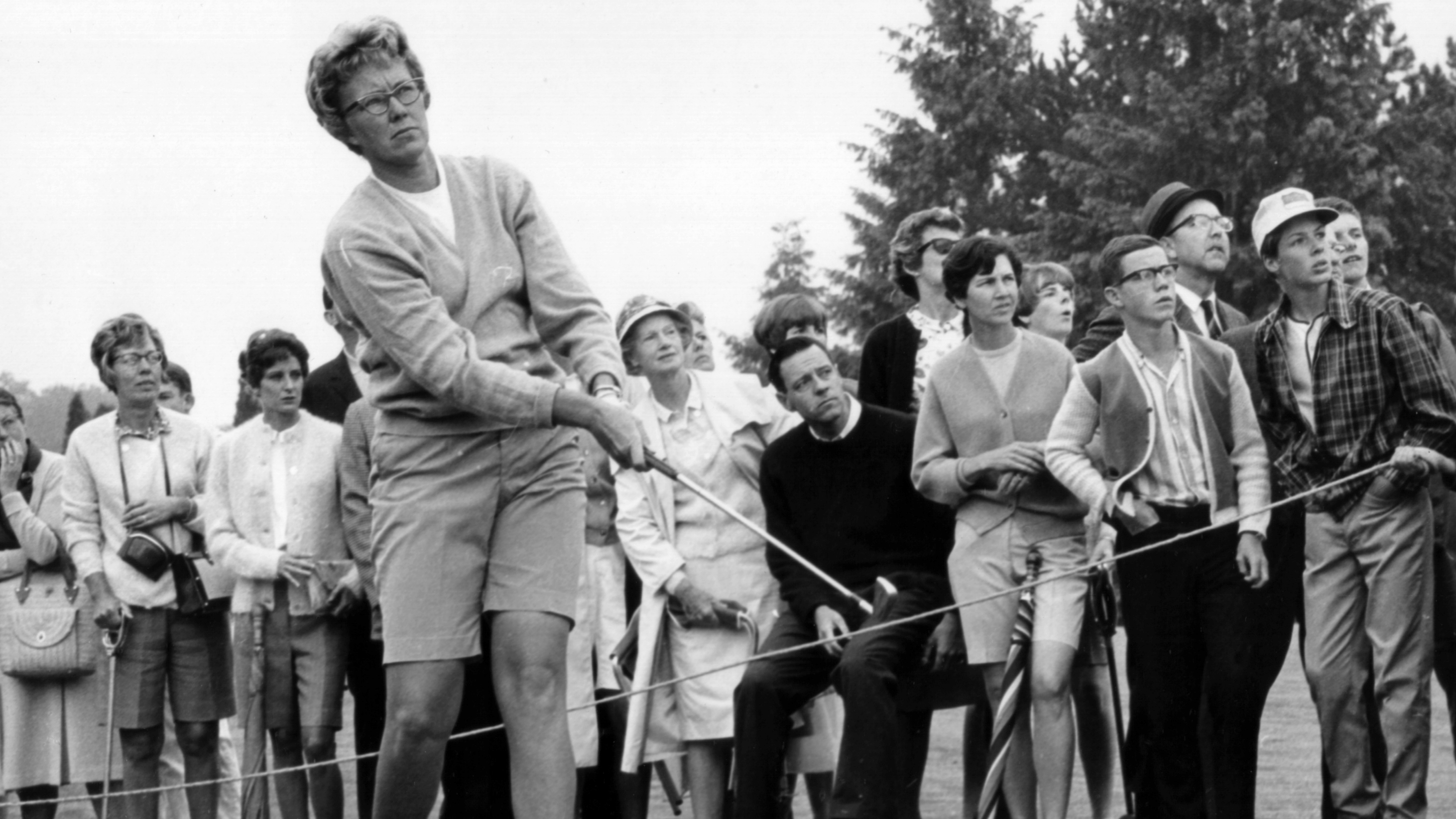 Mickey Wright, the golf great with a magnificent swing who won 13 majors among her 82 victories and gave the fledgling LPGA a crucial lift, died Monday of a heart attack. She was 85.

She had been hospitalized in Florida the last few weeks after a fall, said her lawyer, Sonia Pawluc.

Wright joined the LPGA in 1955 and the Hall of Famer's 82 wins place her second on the all-time list behind Kathy Whitworth, who won 88. The Associated Press in 1999 named Wright the Female Golfer of the Century and Female Athlete of the Year in 1963 and 1964.

A Golf Magazine poll of experts in 2009 called her the best female golfer ever, and men's champions Ben Hogan and Byron Nelson said Wright had the best swing they ever saw.

"She was the best I've ever seen, man or woman," Whitworth said in 2015. "I've had the privilege of playing with Sam Snead and Jack Nicklaus and Arnold Palmer and all of them. And some of our ladies had wonderful swings. But nobody hit it like Mickey, just nobody."

She studied psychology for a year at Stanford before dropping out in 1955 to pursue a professional golf career.

"I've earned my own version of a master's degree in psychology in study and experience, trial and error, on golf courses throughout the United States. For psychology ... is as integral a part of good golf as an efficient swing," she said, according to the World Golf Hall of Fame. She was inducted in 1976. 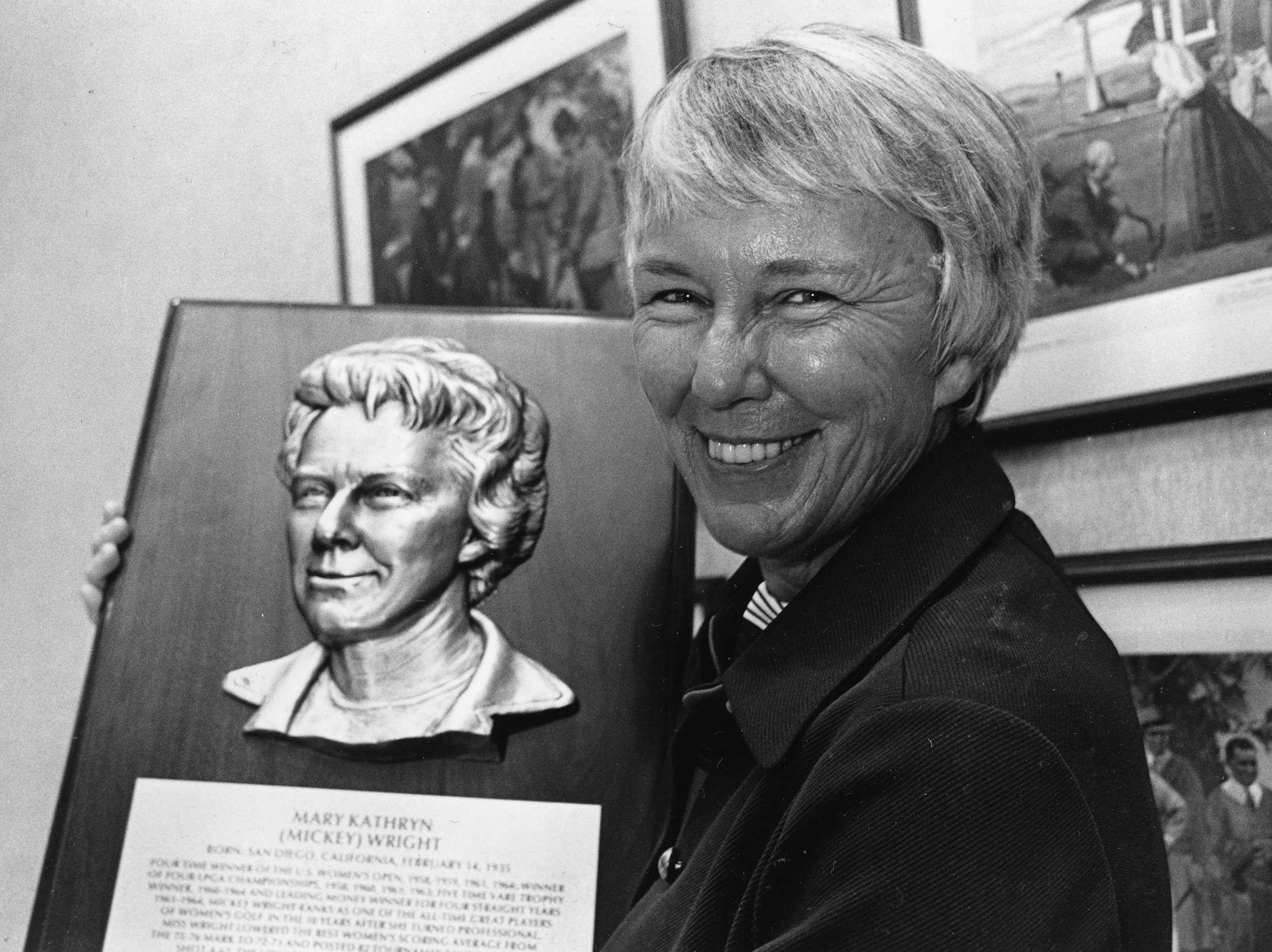 Mary Wright holds a World Golf Hall of Fame plaque bearing her likeness in Pinehurst, N.C., where she was inducted into the Hall of Fame, September 8, 1976. /AP Photo

Mary Wright holds a World Golf Hall of Fame plaque bearing her likeness in Pinehurst, N.C., where she was inducted into the Hall of Fame, September 8, 1976. /AP Photo

Her first tournament win came in 1956 in Jacksonville, Florida, and by 1961 she was dominating the tour, winning at least 10 tournaments annually from 1961 to 1964. Among her major wins were four U.S. Opens and four LPGA Championships.

Wright retired from the tour in 1969 because of foot issues and mental fatigue: she was the biggest draw on the LPGA Tour and played constantly to help it thrive.

"It was a lot of pressure to be in contention week after week for five or six years," Wright told Golf World in 2000. "I guess they call it burnout now, but it wore me out. Unless you're a golfer, you can't understand the tension and pressure of tournament play. And it was the expectations: It was always, 'What's wrong with your game? 'Are you coming apart?' Second or third isn't bad, but it feels bad when you've won 44 tournaments in four years."

Whitworth said her friend and rival had to play almost every week for the tour to survive.

"Sponsors threatened to cancel their tournaments if she didn't play. And, knowing that if they canceled, the rest of us wouldn't be able to play, Mickey would always play," Whitworth said.

Wright's last tournament victory came four years after leaving the tour, the 1973 Colgate-Dinah Shore Winner's Circle. That was before that tournament was considered a major.

Wright moved to Stuart, Florida, in 1974, where she lived the rest of her life. She survived breast cancer in 2007.

The Stuart News in 2012 said Wright spent most days gardening, fishing and stock market and crossword puzzles. For golf, she hit wedges off a practice mat on her patio onto the 14th fairway of an adjoining club.

When she donated 200 items to the United States Golf Association in 2012, she said she hated giving up that mat. The course ranger gave her a new one.