Xi Jinping confident about China's economy: 'We will still achieve our goals this year'
CGTN 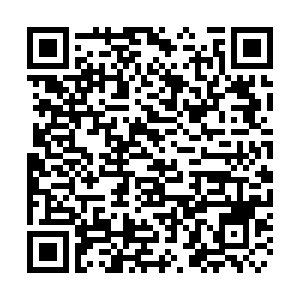 Chinese President Xi Jinping expressed confidence in the country's economy on Tuesday amid the ongoing battle against the novel coronavirus epidemic.

The impact will only be temporary, and we will still achieve our set goals in social and economic sectors through hard work, he said.

"Right now, we are pushing for the resumption of all enterprises under the prerequisite of ensuring all the containing measures," Xi said during his phone call with French President Emmanuel Macron, who reiterated support to the virus-hit nation.

This is a people's war against the epidemic, and the whole country is combating the virus in solidarity, Xi stressed, mentioning the country's previous experiences in public health issues.

With all sorts of preventive measures reaping positive results, President Xi is confident that China will surely win the battle.

The Chinese people are taking up major responsibilities in fighting against the virus, Xi pointed out, adding "While at the same time, we appreciate support coming from all around the world."

Xi vowed to continue the measures in a transparent manner, while hoping to strengthen cooperation with France in the public health sector.

Macron highly appreciated China's efforts. "I admire China's high transparency, showed fully from effective measures that has carried out," Macron said. The French leader vowed to continue to provide medical support, as the first round of supplies has already been sent out.

France respects the professional advice from the World Health Organization (WHO), which announced recently that there's no need to impose travel restrictions on the Chinese people, Macron said, adding "We are willing to battle against the epidemic along with China."

As of Tuesday, France has reported 12 confirmed cases of the pneumonia-like illness and one death.