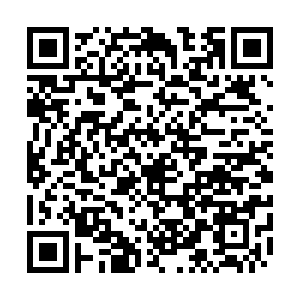 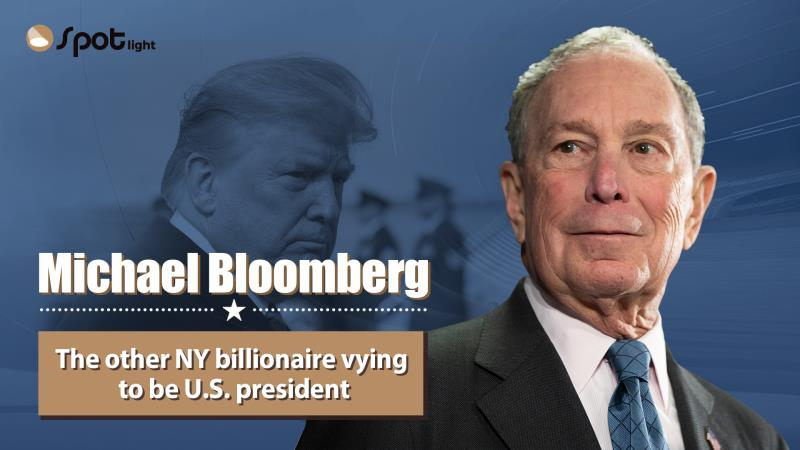 He's a New York-oriented businessman with billions in the bank, challenging seasoned politicians by vying to be elected U.S. president for the first time.

While this may sound like a throwback from 2016, it's actually this year's news: 78-year-old Michael Bloomberg, one of the world's richest men and former mayor of New York City, is about to throw a spanner in the works of the race to become the Democratic nominee for the American presidency.

Why it's time to pay attention

Bloomberg will take part in his first Democratic Party televised debate on Wednesday night after the organizers changed the rules on how candidates qualify for participation.

In late January, the U.S.'s left-of-center party scrapped its requirement on campaign funding and raised the polling threshold to 10 percent for presidential candidates hoping to earn a podium on the debate stage. Bloomberg's self-funded campaign now qualifies, as the rules previously stipulated that hopefuls had to demonstrate grassroots funding from hundreds of thousands of donors. In addition, the business magnate's polling, which the RealClearPolitics average of major national polls currently puts at 15.4 percent, comfortably fits the new bill. 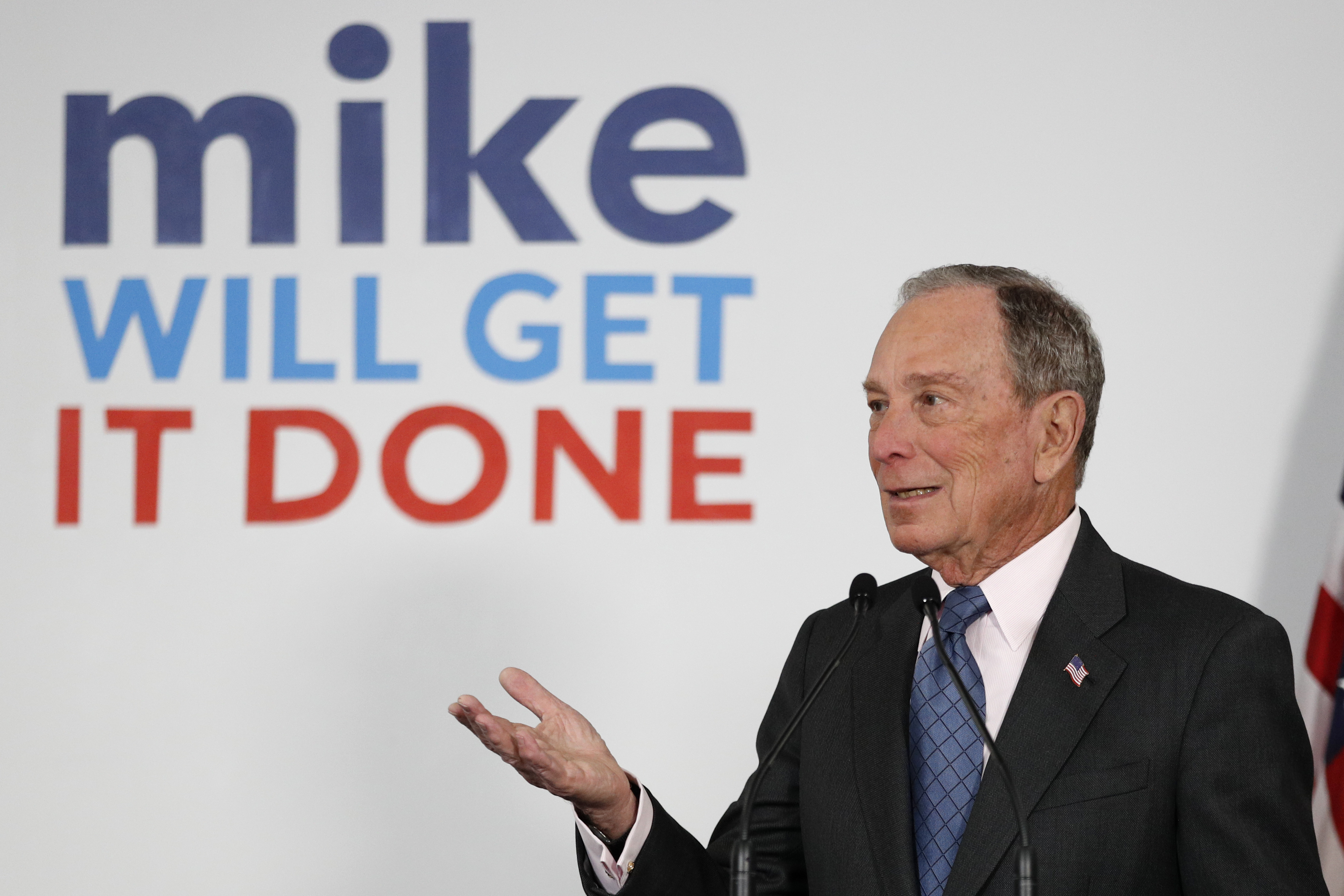 The American businessman announced in late November that he was competing to represent the Democrats in the White House. Throwing his hat into the ring much later than his rivals, Bloomberg forwent competing in the first round votes slated for this month: Iowa and New Hampshire earlier in February; with Nevada and South Carolina in days to come.

Skipping the early votes was strategic. Events such as the Iowa caucus on February 3, though useful for lower budget candidates to gain publicity, are in fact low on delegates. Bloomberg is instead directing his energy at Super Tuesday on March 3, when delegate-rich states such as California and Texas head to the polls.

Bloomberg has spent big to ensure that he is not forgotten as a candidate during the hive of media activity surrounding the first states' votes, shelling out hundreds of millions of U.S. dollars on TV ads.

The epitome of the American dream

Bloomberg, a self-made businessman said to be worth more than 60 billion U.S. dollars, epitomizes the American Dream.

Born into a middle class family in the northeast U.S. state of Massachusetts, he studied at the elite Johns Hopkins University and Harvard Business School.

Only in midlife did Bloomberg begin to pick up steam as a entrepreneur. After being made redundant aged 39, he went on to found Bloomberg LP, a financial data and news platform. 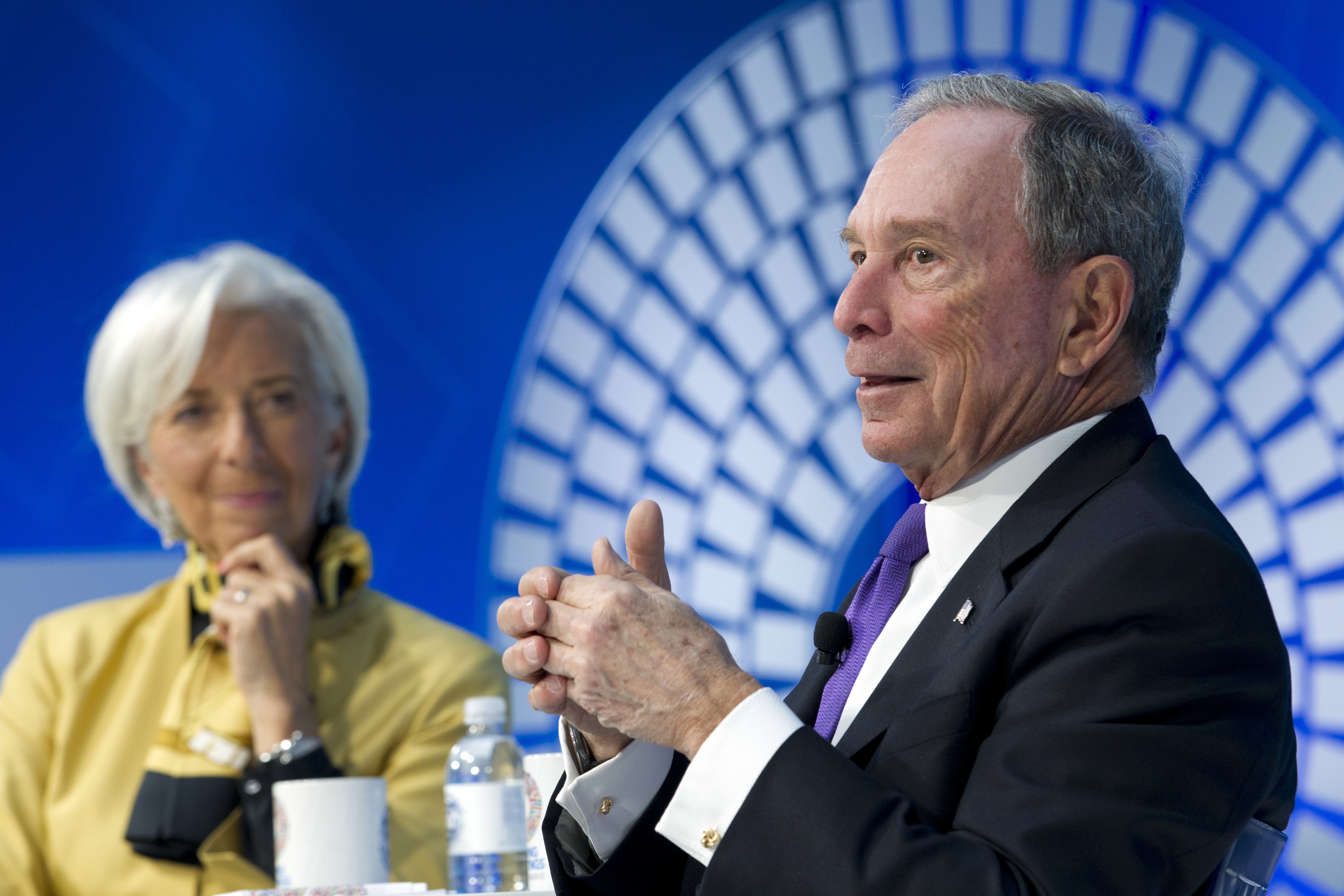 Following his success in business, Bloomberg won the New York mayoralty as a Republican in late 2002, just as the city was reeling from the 9/11 terror attacks. He led New York for 12 years, notably through the 2008 financial crisis. His leadership saw wins, including the implementation of measures which led to New York's cleanest air in over 50 years, and, according to his campaign website, a rate of job creation from the end of the recession through 2013 far exceeding that across the rest of the country.

But, Bloomberg is famously haunted by the legacy of the New York Police Department's stop-and-frisk practice, which increased radically under his leadership and disproportionately targeted people of color. 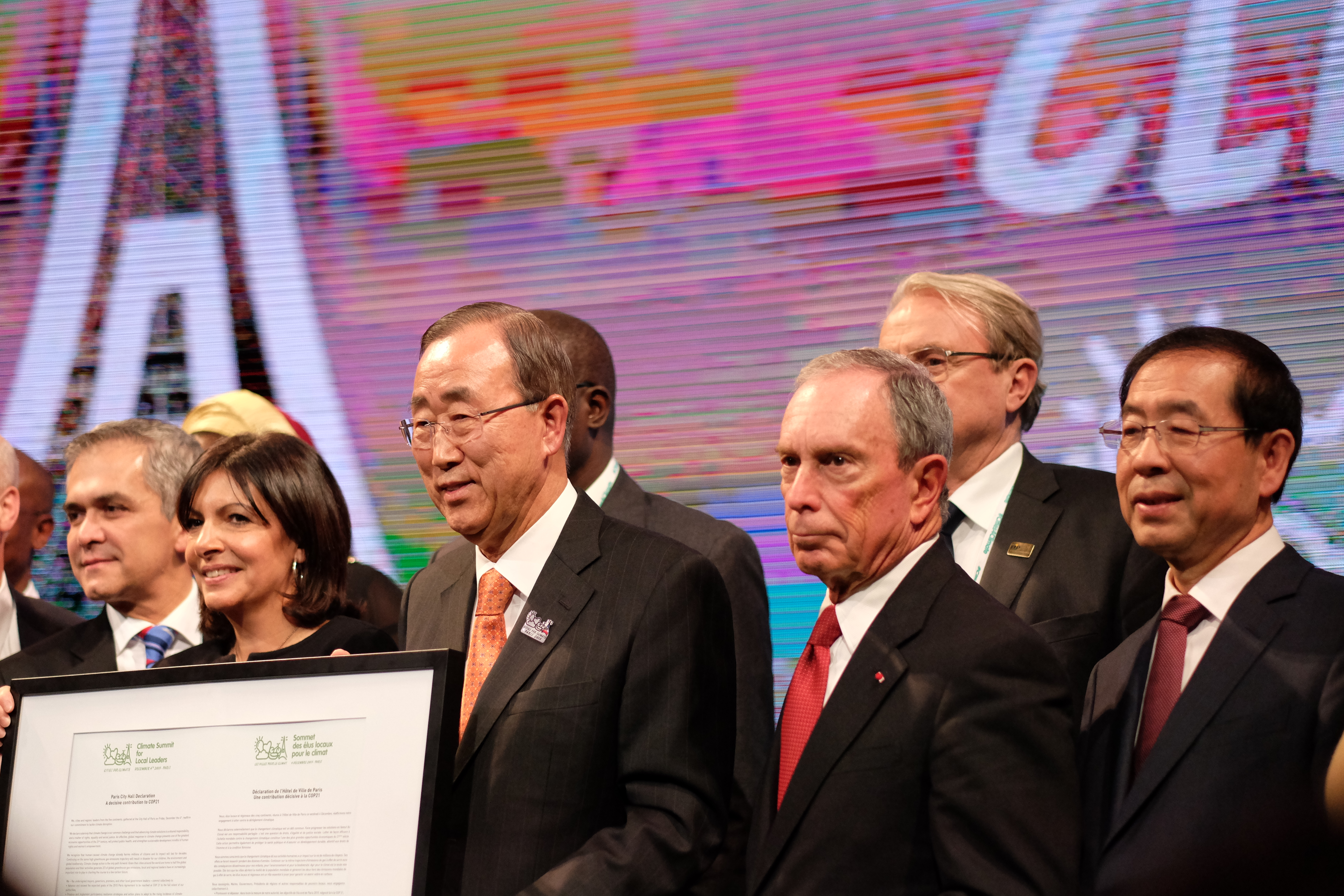 Alongside business and political ventures, Bloomberg is a well-established philanthropist. The businessman has given over 10 billion U.S. dollars to charitable causes to date, and pledged to donate nearly all his fortune in his lifetime. In 2018, Bloomberg made the largest donation in history to an institute of higher education, gifting 1.8 billion U.S. dollars to his alma mater Johns Hopkins University to ensure it is need-blind in assessing all applicants, meaning that it must disregard their financial situations.

Bloomberg is currently UN Secretary-General Antonio Guterres' Special Envoy for Climate Action. In this position, and other UN roles on tackling climate change he has held, Bloomberg has contributed to the closing of more than half of America's coal-fired power plants.

Could he win the Democratic nomination ... and the presidency?

Bloomberg has now risen to third in the race to be the Democratic Party's presidential nominee according to the RealClearPolitics polling average, behind self-declared "democratic socialist" Bernie Sanders and former Vice President Joe Biden.

The business magnate is, like personal friend Biden, a moderate. His policies are a mixed bag in terms of typical Democrat vote winners.

Bloomberg's views on fighting climate change, regulating drug prices and restricting gun ownership are typical fodder for the party's voters. But, he does not support the Medicare-for-all stance held by the party's further left presidential hopefuls Sanders and Elizabeth Warren, and has historical ties to Wall Street which are also likely to distance him from the Democratic Party's contingent of young, leftist voters. 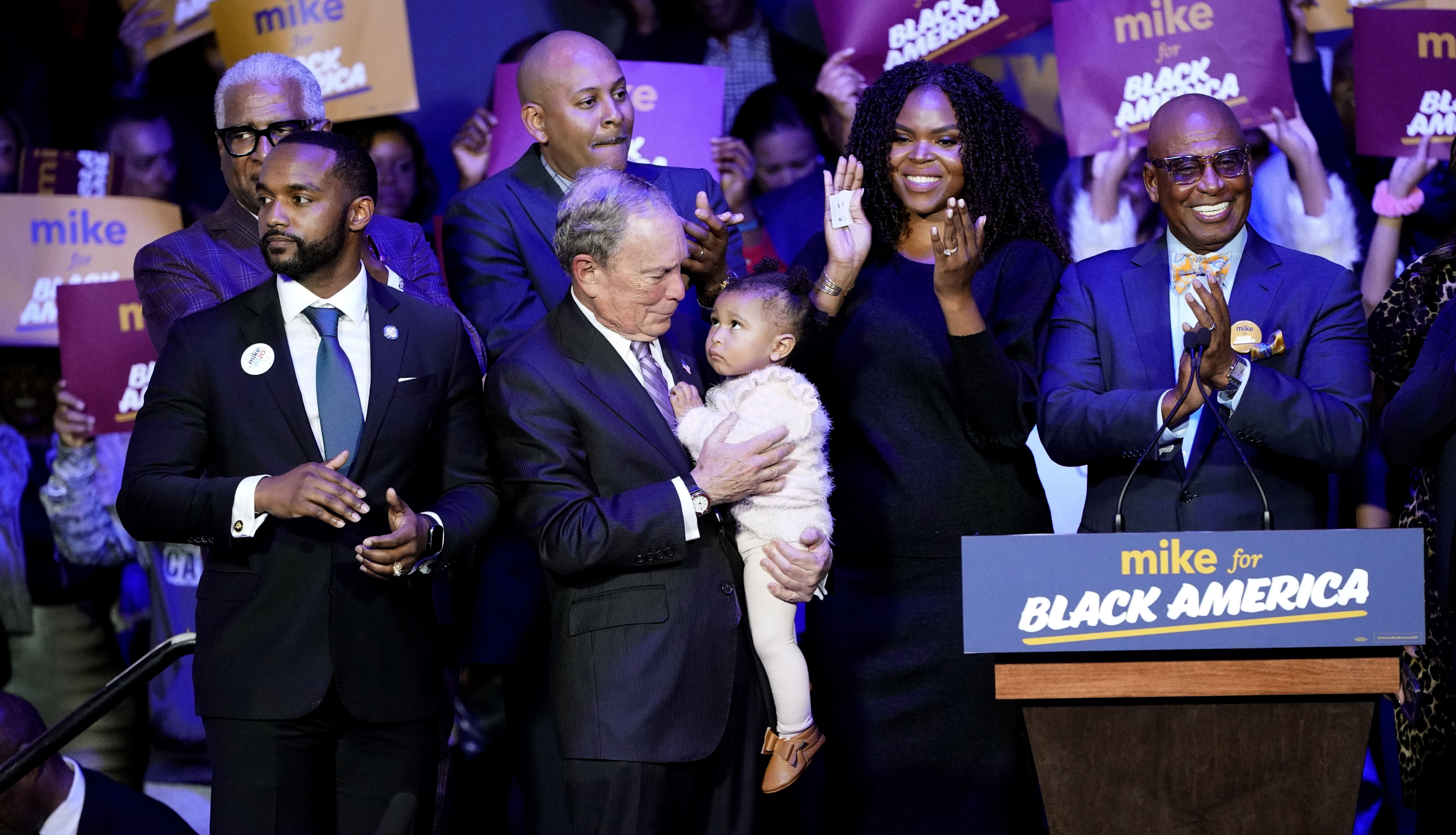 Bloomberg could also have to work hard to win the favor of America's non-white, non-male voters. His New York administration's dependence on the stop-and-frisk police tactic remains a blot on his reputation, despite a public apology in November. He has also come under fire for alleged derogatory comments towards women.

The businessman's self-funded campaign means that he is able to leverage a seemingly unlimited cash supply at his presidential bid and is free from obligations to donors. But, the use of his enormous wealth has drawn criticism, and accusations of attempting to buy the Oval Office, particularly from Sanders. 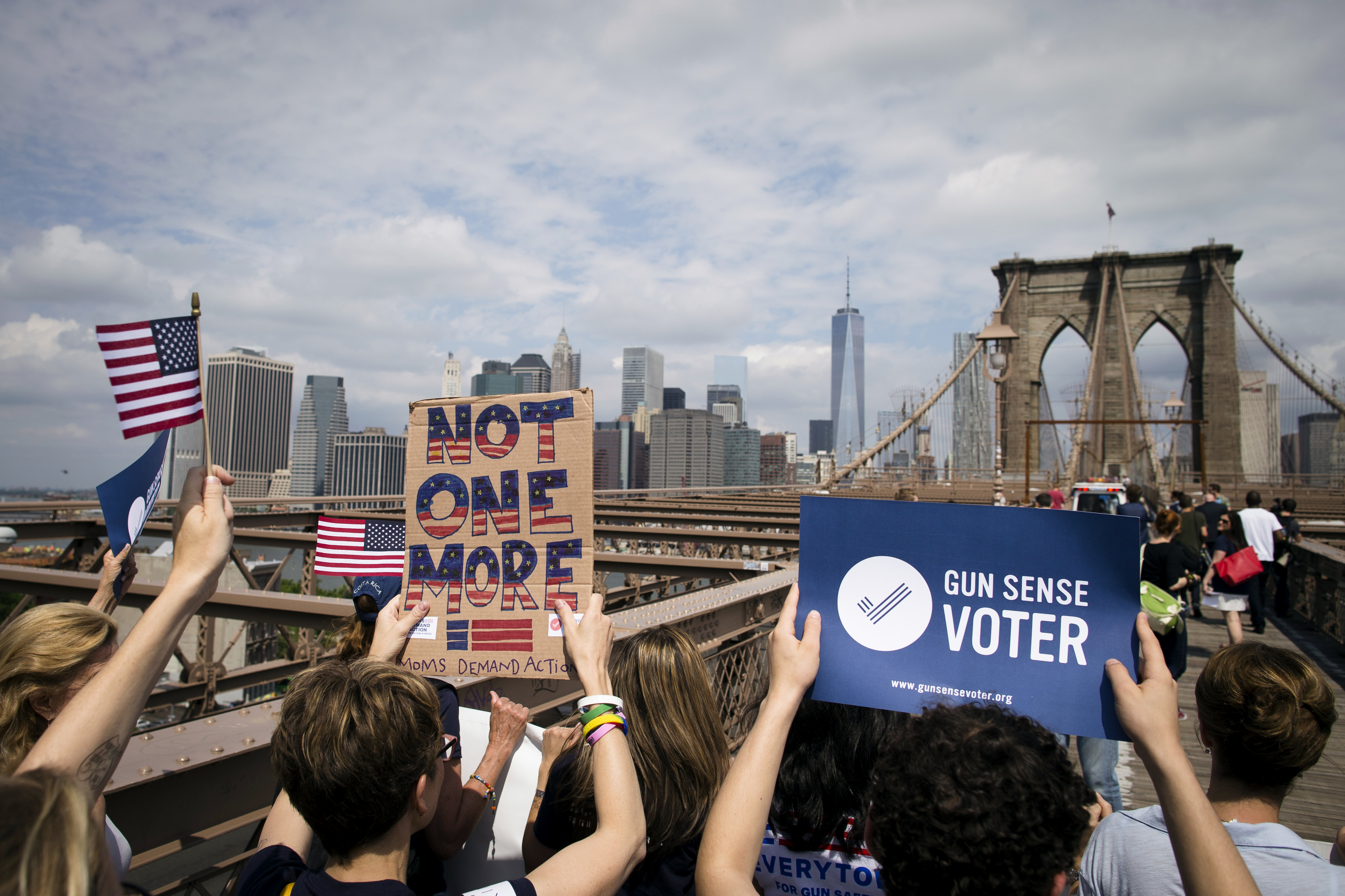 Skipping the first-round vote in Iowa could work in Bloomberg's favor. Distance from the Democratic Party's Iowa caucus, in which an embarrassing technical glitch on the voting app used led to a delayed result, could be a positive for his campaign. Meanwhile, the New Hampshire outcome revealed a less than 1.5 percentage point margin between the two top performing candidates, Sanders and Pete Buttigeig, suggesting that the overall race is still wide open.

"Bloomberg could have an excellent day on March 3," said Michael Frank, senior analyst at advisory firm Economist Intelligence Unit. "He has had a string of good polls in big Super Tuesday states, like Virginia, California, and North Carolina. It increasingly looks like he will be in the top three delegate-winners on Super Tuesday, establishing him as a bona fide top tier contender for the nomination."

The claws are out between Bloomberg and Trump, despite the pair having known each other for years through operating in the same powerful, wealthy New York circles.

Bloomberg's campaign has called Trump a "pathological liar," while Trump has tweeted that his old acquaintance will be "the biggest clown of them all" when he loses the nomination.

"There is nobody I'd rather run against than little Michael," said Trump in early November outside the White House.

"Bloomberg is certainly capable of winning the Democratic primary, and would be the favorite against Donald Trump in November," said Frank. But this may be jumping the gun. Sanders remains the man to beat within his own party, and "as long as the moderate vote remains divided among three or more candidates, Sanders will keep winning delegates at their expense," Frank added.