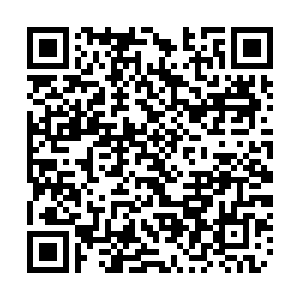 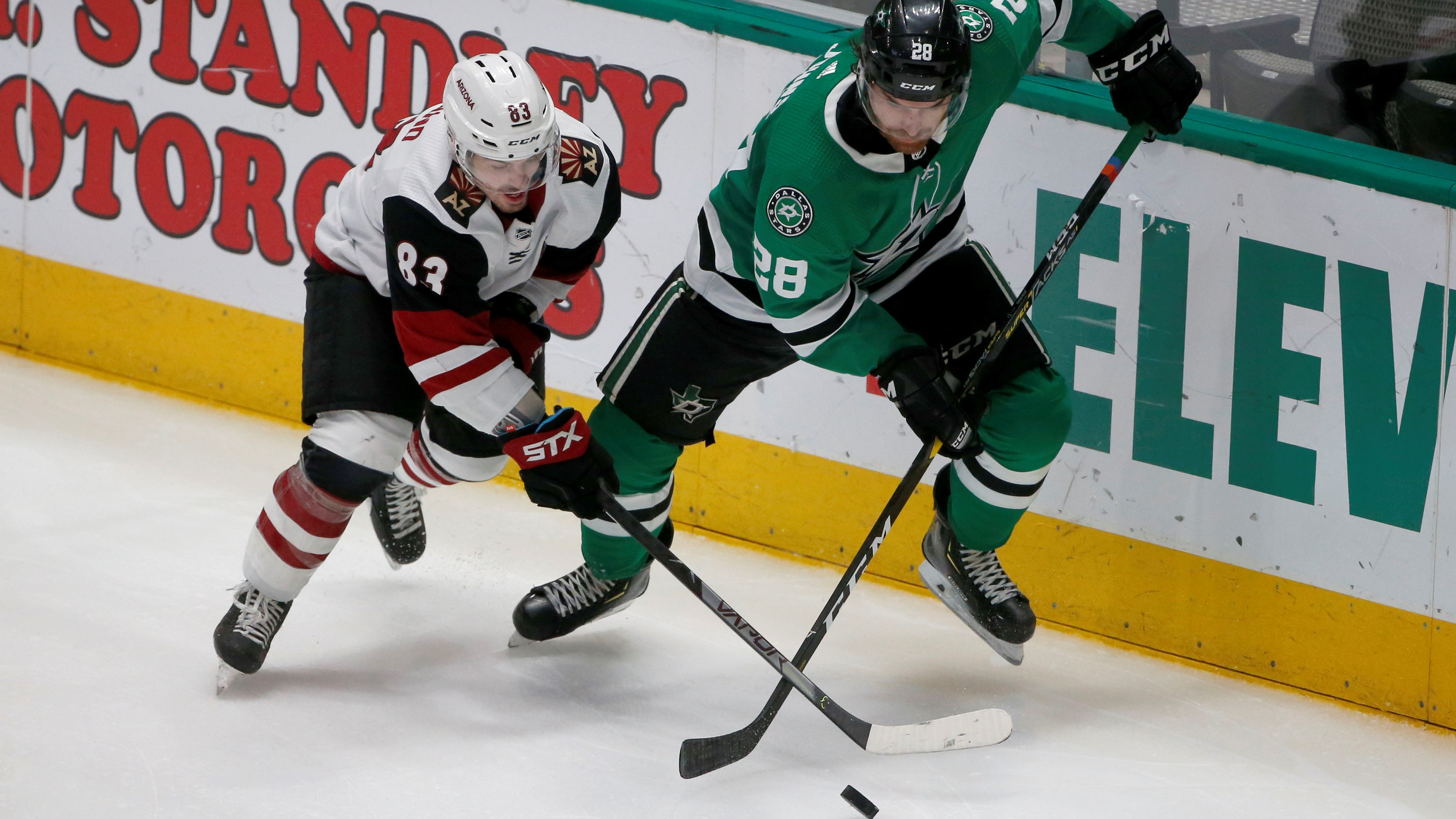 Conor Garland #83 of the Arizona Coyotes and Stephen Johns #28 of the Dallas Stars compete for the puck in the game at the American Airlines Center in Dallas, Texas, February 19, 2020. /AP

Conor Garland #83 of the Arizona Coyotes and Stephen Johns #28 of the Dallas Stars compete for the puck in the game at the American Airlines Center in Dallas, Texas, February 19, 2020. /AP

Jamie Oleksiak broke a third-period tie with his first goal in 26 games and the Dallas Stars held on to beat the Arizona Coyotes 3-2 on Wednesday night.

Oleksiak stepped up into the top of the slot, took a pass from Alexander Radulov and sent a low snap shot past goalie Adin Hill with 8:22 remaining.

"The puck kind of had eyes on its own," Oleksiak said.

He has only 17 goals in 304 NHL games but three have been game-winners.

"I kind of condition myself not to expect that to happen too much." Oleksiak said. "I'm a big act-like-you've-been-there-before kind of guy. I don't score enough to have a cool celebration."

Dallas is 5-0-1 in its last six games to pull even with Central Division leader St. Louis.

Ben Bishop made 21 of his season-high 39 saves in the first period.

Taylor Hall had a power-play goal for Arizona, Christian Fischer also scored in the second period and Hill stopped 30 shots. Arizona remained in position for the second wild card from the Western Conference.

Perry had a goal and an assist and Denis Gurianov had two assists for the Stars.

The Stars scored on both of their power plays and have 11 goals with a man advantage in their last nine games. They had at least one goal in eight of those games, failing only when they had no power plays in an overtime loss at Ottawa on Sunday.

Perry scored his first power-play goal this season 2:19 into the game. He was all alone at the left of the net for a snap shot after a quick-passing play from Miro Heiskanen at the left point to Denis Gurianov in the left faceoff circle to Roope Hintz in the right circle to Perry.

"When the game gets going, the emotion gets going," Perry said. "You've got to control it, but at the same time it's a fun atmosphere."

Jamie Benn appeared to increase that lead to 2-0 at 13:38 of the first but a video review showed that Dallas was offside.

Benn left at 10:27 of the second period when he was assessed a major penalty and a game misconduct for boarding Arizona captain Oliver Ekman-Larsson. During that power play, Hall sent a shot into the upper left corner of the net at 12:32 to tie it at 1.

Faksa's power-play goal came at 16:01 on a backhand after skating across from the left side.

That Dallas lead lasted just until 18:12, when Fischer hit a rebound of Ilya Lyubushkin's shot from above the right slot over Bishop.