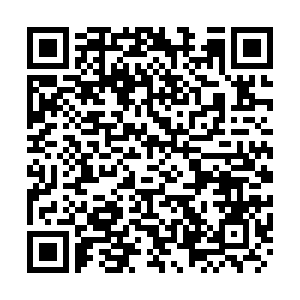 An official from China's Xinjiang Uygur Autonomous Region has slammed accusations that Xinjiang has concealed the truth of the novel coronavirus situation in the region and expressed strong condemnation to the groundless reports.

Elijan Anayit, spokesperson for the Information Office of the People's Government of Xinjiang, made the remarks on Saturday at a press conference in Urumqi.

Anayit said the government has noticed "frightening misinformation" spread by the "East Turkistan" forces overseas with regard to the issue, such as "Xinjiang's vocational education and training centers face dissemination risks of the novel coronavirus" and "Chinese government could use the novel coronavirus to wipe out the one million Muslims interned in the concentration camps."

"Since the outbreak of the coronavirus, Xinjiang has been firmly implementing the decisions and deployments on epidemic prevention and control by the CPC Central Committee, and putting the safety and health of people of all ethnic groups as a priority," Anayit told reporters.

As of Friday midnight, Xinjiang had 76 confirmed cases of COVID-19, among which two were fatal. Twenty-four patients have recovered so far.

There have been no new cases in Xinjiang for four consecutive days, Anayit added.

"These rumors are nothing but fabrications and slander, which we're indignant about, and we resolutely oppose those rumors. I would like to stress again that Xinjiang's vocational education and training centers are not the alleged 'concentration camps' at all. Rather they are deradicalization institutions, which are schools in nature, established according to the law when Xinjiang faced frequent incidents of violent terrorist activities," stressed the spokesperson.

Vocational education is not internment

Anayit said it seems some Western people haven't figured out what is vocational education and training and what is internment, and some even tend to tangle them up by blurring the line between the two concepts.

However, "detention" has nothing to do with "vocational education and training." Anayit elaborated the difference between the two concepts in the below four points:

First, they differ in nature. Detention is freedom-limiting, temporary compulsory measures taken by judiciary organs including those of public security on criminals caught red-handed or major suspects identified in the investigation of criminal cases. While vocational education and training are measures designed to educate and save the trainees through learning the law, the national common language and hands-on skills, and deradicalization.

Third, they differ in terms of the rights they enjoy. Personal freedom of law-breaking suspects in detention is restricted in a certain period of time. While personal freedom of the trainees receiving vocational education and training were protected by law all the time.

Fourth, they differ in terms of results. Crime suspects in detention are subject to the punishment of law if the crime he or she commits is validated through investigation and trial in the due legal process.