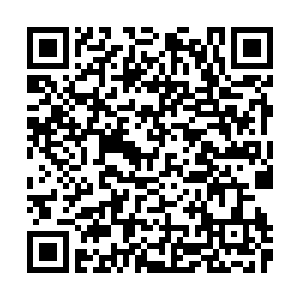 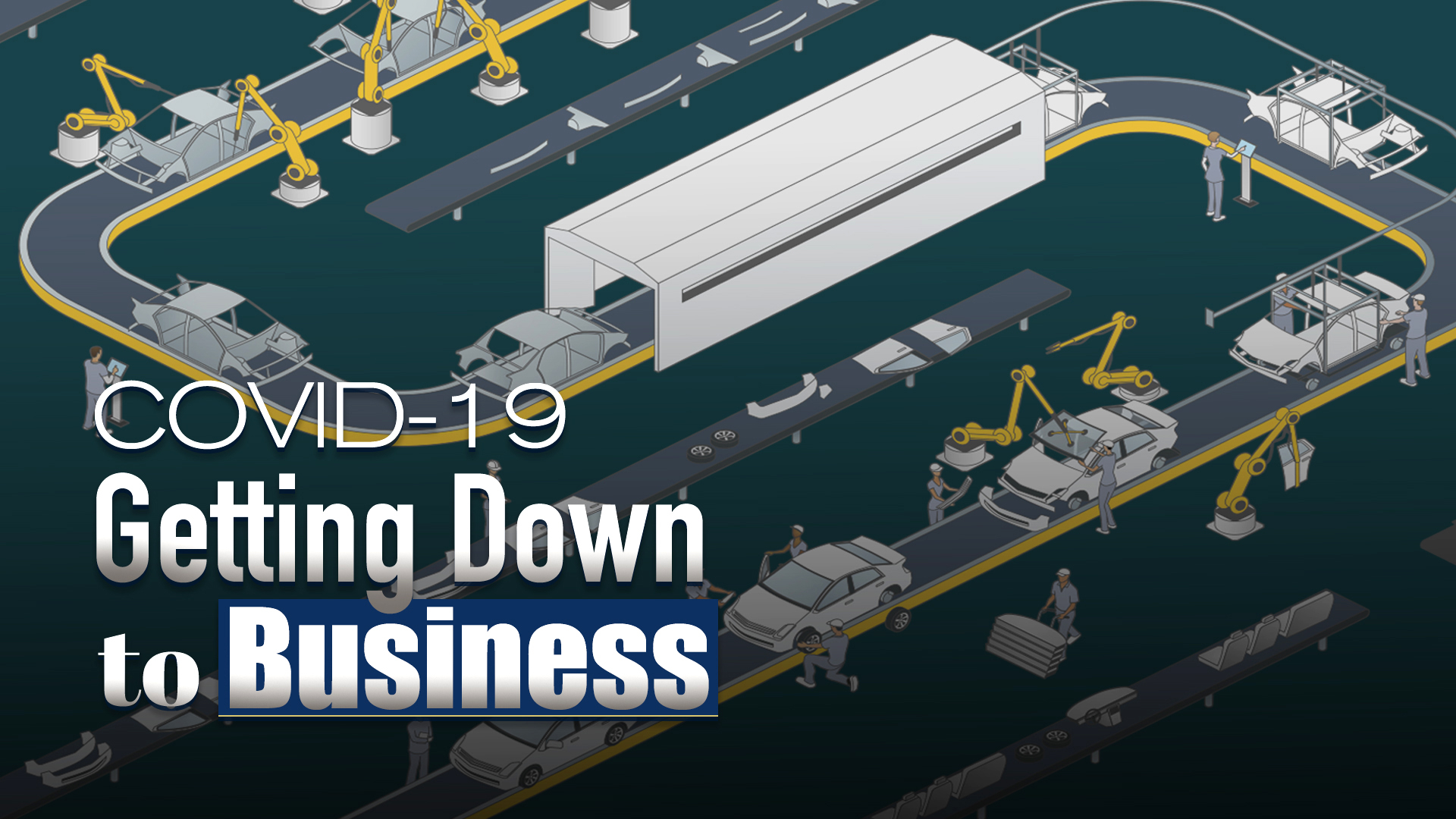 The worry that the global supply chain, especially of the auto industry, would be severely damaged by the sudden strike of the coronavirus, is being gradually mitigated as the world's second-largest economy steadily guides companies to resume operation with policy supports and boosting consumption.

The novel coronavirus pneumonia outbreak, first detected in the city of Wuhan, central China's Hubei Province, in December has already claimed the lives of more than 2,400 people worldwide with over 22,000 recovered cases in China as of Saturday.

To reduce people gathering and block the spread of the coronavirus epidemic, most kinds of enterprises in China, except those in sectors such as utilities, medical appliances, drugs, supermarkets, and food, were not allowed to resume their work before midnight of February 9. Some provinces even postponed until February 17.

Naturally, materials originating or transported through the virus-affected areas are insufficient, with a widespread labor shortage across China as many people also have been quarantined in the midst of the outbreak.

Thus, factories of many auto companies including Toyota, Hyundai Motor Company, Nissan, and FCA have to suspend production temporarily to varying degrees and have repeatedly delayed resumption due to insufficient supply of parts from China. 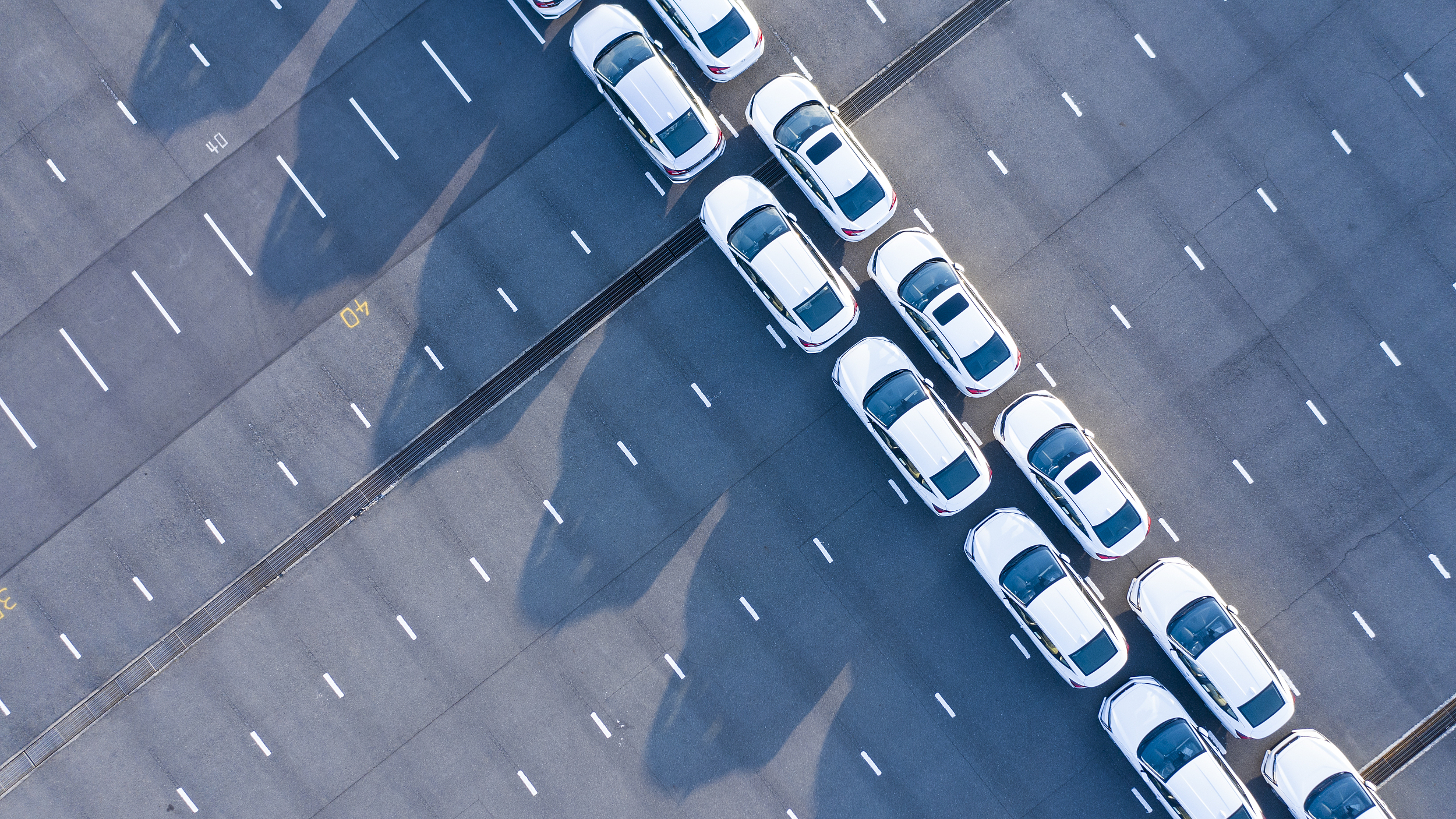 The production and sales volume of cars in China dropped in January by 24.6 percent and 18 percent respectively year-on-year due to the Spring Festival holiday and the new coronavirus outbreak.

Also, a report by the automotive trade body China Passenger Car Association on Wednesday showed that passenger car sales in China are down by 92 percent in the first two weeks of February as many dealerships remained closed.

According to the annual report on the development of China's automotive trade released by Ministry of Commerce last year, the export of auto parts by China in 2018 was 72.5 billion U.S. dollars, accounting for 82.4 percent of the total export of auto products, mainly exporting to the United States, Japan, Germany, and other developed countries.

Data from the National Bureau of Statistics shows that 2.24 million vehicles were produced in Hubei Province last year, accounting for 8.8 percent of the country's total automobile production.

Wuhan, capital city of Hubei Province and epicenter of the outbreak, is a hub of communications with more than 10 million residents. Also, it is the linchpin in China's manufacturing industry chain with lots of large-scale industrial clusters in electronics, automobile, and medicine fields.

According to the government work report of Wuhan in 2019, photoelectron information, automobiles and parts, biomedicine and medical devices are the three pillar industries of Wuhan, with the total revenue exceeding 500 billion yuan in 2018.

Many car companies gather in Wuhan, including Dongfeng Motor Corporation and SAIC-GM. Meanwhile, there are over 380 automobile manufacturing enterprises there, for instance, Getrag, Delphi, and Honeywell, covering main components involving chassis, gearbox, body, electronics, interior, and glass, based on the statistical yearbook of Wuhan in 2018.

Since the new coronavirus has been declared as a global health emergency by the World Health Organization as the end of January, some countries and enterprises have canceled or refused to accept orders from China in the name of preventing the spread of the epidemic, straining China's auto and parts exports, according to China Association of Automobile Manufacturers (CAAM).

For those auto parts companies, the delivery of export orders has been delayed due to the supply chain disruption caused by the postponed production, which has resulted in a negative effect on the signing of orders later, according to Du Daofeng, an official from CAAM.

"As far as I know, many auto parts enterprises restarting work now are putting orders from abroad first, implicating their efforts to retain overseas customers," he said.

By February 12, among 183 vehicle production bases in China that answered the survey conducted by CAAM, only 59 percent of factories had resumed production, though not at full force. While six days later, a survey from CAAM founded that over 75 percent of car and parts companies have resumed operations, like GAC Group, Toyota, and Honeywell. 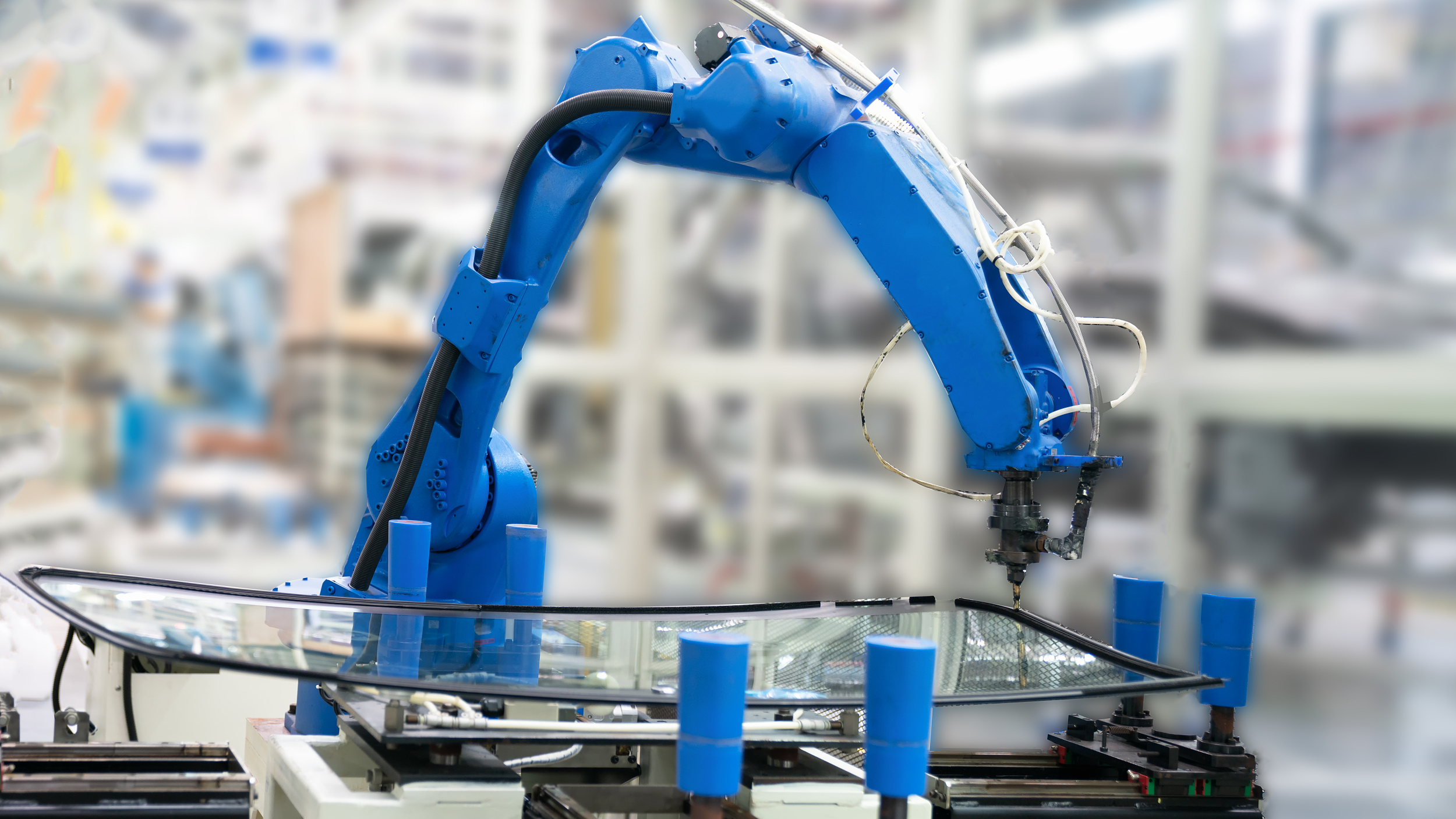 As of Wednesday, Brilliance Auto, as well as its 18 major subsidiaries have all resumed work.

Two days ago, there were already 100 vehicles on the production line for sale; distributors were also organized to launch online sales. Nearly 20,000 employees of the BMW Brilliance factories, the joint venture of Brilliance Auto and its German partner, BMW, in the northeastern Chinese city of Shenyang returned to work on the same day.

When the epidemic broke out, the joint venture upgrading project of over 9 billion yuan (1.2 billion U.S. dollars) investment was about to start construction.  Huge economic losses might hit the BMW group's largest overseas production base if approval of the project was delayed due to the outbreak.

Usually, an enterprise gets the land before the approval procedures start, which takes about 50 days, according to Li Gang, the director of Shenyang Dadong district. But given the situation, relevant parties started working on them before the applicants submitted all the required materials and reviewed the project plan through video conference.

"We proposed to provide its information to relevant enterprises and government departments so that they can jointly carry out examination and approval to ensure that 15 government documents including construction permits are delivered to the company on the day of the land acquisition," said Li.

Eventually, it took only one day to complete all the approval procedures. Wilhelm Konnerth, the Dadong plant upgrade project leader, said the project will not be delayed due to the outbreak. "At this special moment, we managed to get the approval certificates we needed on schedule, which was not easy," he added.

Brilliance Auto has also released safety guidelines and prepared masks, disinfection tools, thermometers and other materials. Meanwhile, food is delivered to each worker to avoid cross-infection when they gather in the canteen for lunch or dinner.

CEO of BMW brilliance, Dr. Johann Wieland, wrote a letter to express thanks to the Shenyang municipal government. He believed that the company can respond quickly to changes in the market and will develop plans based on the actual situation to minimize the impact of the outbreaks on production, which is thanks to their flexible production system and the support from government at all levels. And the CEO was confident to successfully complete the annual production, sales targets and construction of major projects.

As the outbreak starts to take its toll on China's economy, President Xi noted that one of the main tools to hedge the negative economic impact of the virus is to expand consumption, especially through sales of big-ticket items, including automobiles. 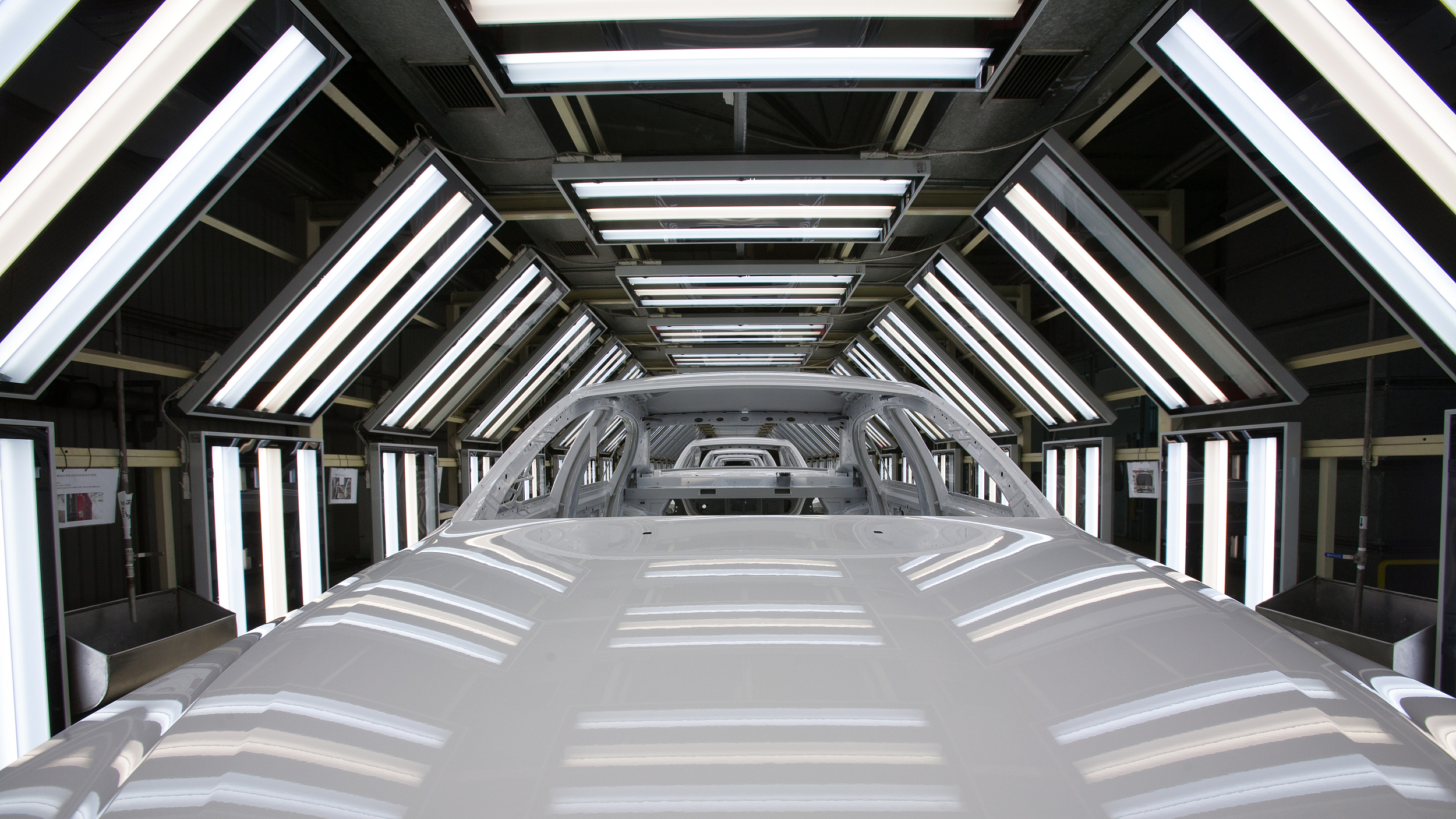 Currently, regions with purchase limits can issue up to 500,000 or 600,000 plates annually. Adding another 200,000 to 300,000 could boost consumer confidence and lift the market, according to Cui Dongshu, secretary-general of the China Passenger Car Association (CPCA).

Foshan City in south China's Guangdong Province has advanced one step as customers there will receive subsidies when purchasing locally registered vehicles complying with the "China VI" vehicle emission standards.

As the world's second-largest importer, China achieved a total of 31.54 trillion yuan (about 4.6 trillion U.S. dollars) foreign trade in 2019.

The country also remains the second-largest recipient of FDI and the largest among developing economies, according to the report released by the United Nations Conference on Trade.

Kate Kui, president of NetEase Agriculture Business, thought the short-term loss across industries is inevitable, but forecasting recovery in the long run.

"Practically speaking, there is no way for any multinational company suddenly to shift, because building a new place, evaluating the site, we'll take a lot of time by getting all these kind of talents on-site on board. So I think in the short term, it's definitely not practical," she stressed.

Jimmy Zhu, the chief strategist at Fullerton Research also agreed that production will gradually return to normal levels by end of the first quarter as long as there are no further outbreaks of COVID-19.

After 70 years of development, China has become the only country that possesses all the industrial categories in the United Nations industrial classification with the competitive edge of a complete and efficient supply chain.

In a word, evolutionary globalization allows countries to share opportunities but also makes it difficult for any country to stay out of common trouble such as the novel coronavirus disease (COVID-19).

Possibly, the key to ensuring a safe supply chain is to improve the emergency supply chain management, to implement intelligent production, like robot and telecommuting to cope with the shortage of workers, as well as to replace 4S stores with online sales through advanced technology, such as 5G and VR.