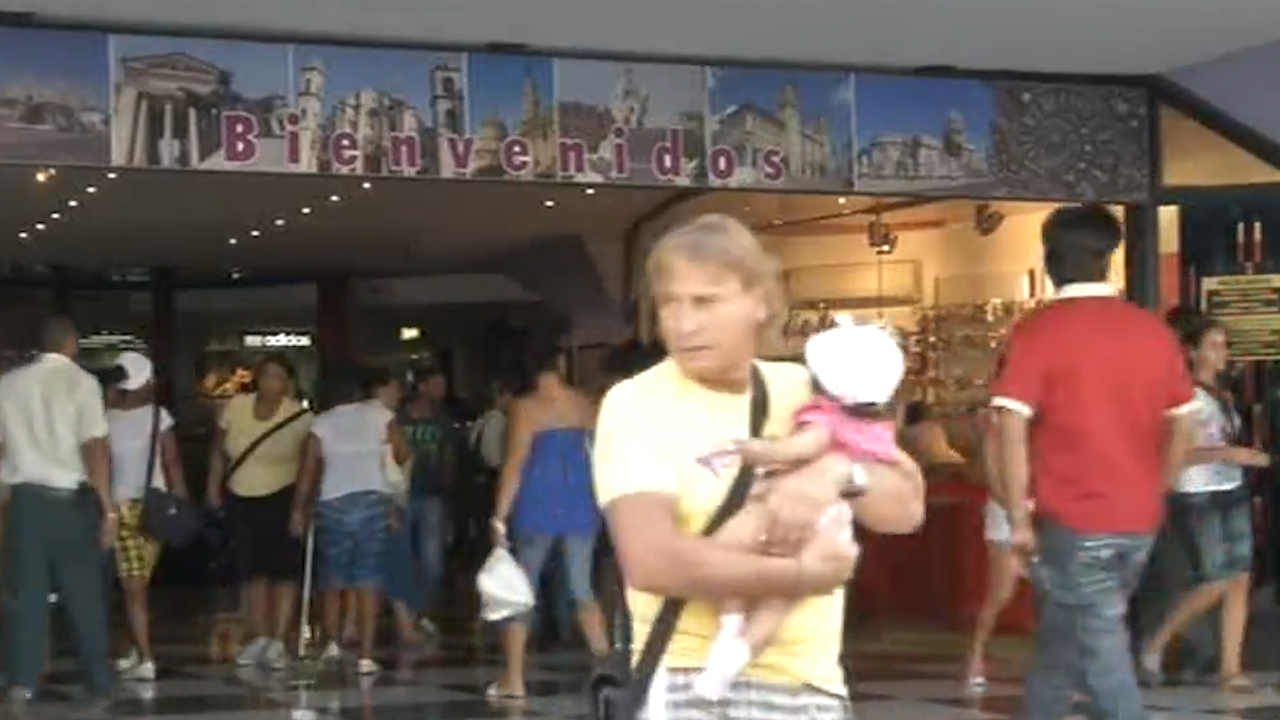 Accessing hard currency in Cuba is difficult given the country's financial challenges. Last year, the government adopted a package of measures to improve the economy, highly dependent on imports.

The measures included the opening of nearly 77 retail U.S. dollar stores throughout the country. The goal: selling high-range electric appliances and car parts in dollars to collect hard currency fleeing the country through individuals, known here as mules, who import products for the informal market.

Currently, 80 stores are open with more to come that also offer tools and equipment for sale. To access the stores, Cubans mainly use family remittances, already limited by U.S. sanctions, or by other means through informal sources.

Cuban economist Omar Everleny said the mules, or irregular importers, are a product of a fluctuating market.

"We see many gaps in our economy; the U.S. sanctions and our own inability to produce enough goods leads to an intermittent availability of products at the stores," Everleny said, adding "if the government is consistent with its plans, the mules will progressively lose ground, though I do not think they will disappear from the scene."

The so-called mules use hard currency to import specific goods that are not available at dollar stores, like some clothes, hygiene and beauty products. Meanwhile, the new stores, which operate through dollar-pegged debit cards only, have been welcomed by many. "You no longer need to ask a mule to bring you some products, because shop prices are lower, for instance a split air conditioner unit sells much cheaper than one brought by a mule," said Havana resident Michel Cuesta.

"Even with the Cuban peso remaining as a single currency, you will need a convertible currency serving as a bridge and in my view the U.S. dollar will serve as that bridge over the next five to 10 years, because a major of source of dollars are the remittances from the U.S.," Everleny said.

Although some say that there is a partial dollarization taking place in Cuba with the new dollar-based shops, the government argues that the measures are not intended to replace the national currency with U.S. dollars, but rather aimed at helping improve the ailing economy.