Italy clamps down on travel after virus deaths, as cases rise 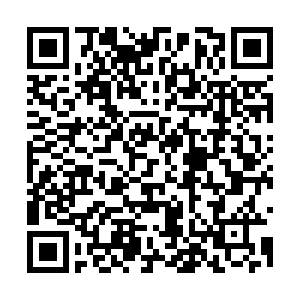 Two deaths from the new coronavirus sparked fears throughout northern Italy on Saturday, as about 50,000 people were poised for a weeks-long lockdown imposed by authorities trying to halt a further increase in infections.

Italy on Friday became the first country in Europe to report the death of one of its own nationals from the virus, triggering travel restrictions on about a dozen towns where the number of people contaminated has continued to rise.

Prime Minister Giuseppe Conte said that people living inside the affected areas in the northern regions would be restricted to those areas, while schools and businesses closed, as part of measures designed to stem new infections.

"In zones considered hotspots, neither entry or exit will be authorized without special permission," Conte said during a press conference.

A 77-year-old woman died on Saturday near the small town of Codogno in Lombardy in the north, a day after a 78-year-old retired bricklayer succumbed to the virus in the neighboring region of Veneto.

The number of confirmed cases of coronavirus rose to 79 by late Saturday, including the two deceased, said the head of Italy's civil protection department, Angelo Borelli.

Most are in the region of Lombardy, but three other regions in Italy's north have confirmed cases, as well as the central region of Lazio, which includes the capital, Rome.

Newspaper Corriere della Sera reported that the virus had also been identified in Milan, Lombardy's largest city and the financial center of Italy.

"The contagiousness of this virus is very strong and pretty virulent," Lombardy's health chief Giulio Gallera told a press conference earlier on Saturday.

But he cautioned: "Today it's not a pandemic." 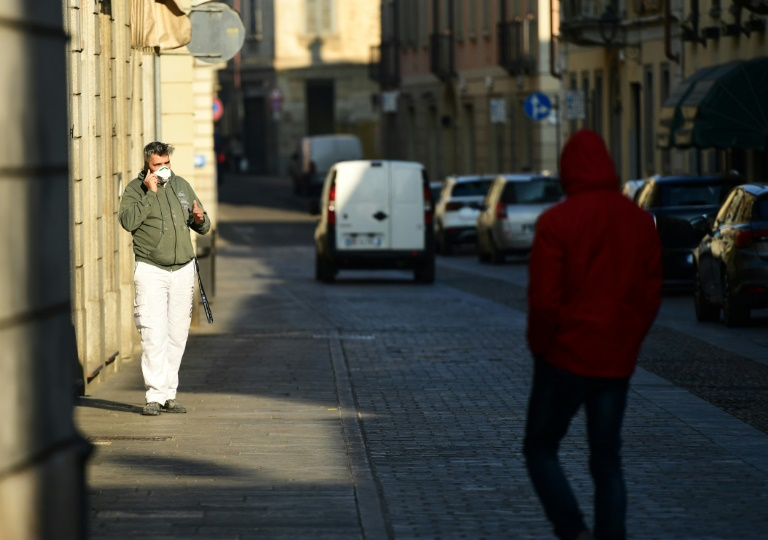 Streets were largely deserted in the small Italian town of Codogno. /AFP

Streets were largely deserted in the small Italian town of Codogno. /AFP

Conte warned that the restrictive measures would last for a couple of weeks, corresponding to the length of time the virus incubates. Some 50,000 people, who had already been asked to stay at home by local authorities, will be affected, he said.

Italian authorities have also ordered the postponement of three Serie A football matches on Sunday.

He urged people not to "give in to feelings of panic."

In Lombardy, health authorities had identified "patient number one", a 38-year-old man from the small town of Codogno southeast of Milan who has been in a serious condition in intensive care.

All cases in the region are connected to him, Gallera said, whether medical workers, relatives or friends.

Italian media had reported that the man dined in January with a friend recently returned from China, yet who has tested negative for the virus. But Italy's deputy minister of health, Pierpaolo Sileri, said that since the man had not subsequently developed antibodies, he was not the source of the contamination.

In Codogno, streets were mostly deserted and few shops open a day after the mayor put the town of 15,000 people on temporary lockdown. As night fell it resembled a ghost town.

One man, who gave his name as Alberto, described a "muffled silence" in town.

"I don't have a mask because they ran out in the pharmacy, but I'm taking precautions," said the 68-year-old.

"When I meet someone, I talk to them keeping my distance, or I take the long way around to get home so I don't run into anyone." 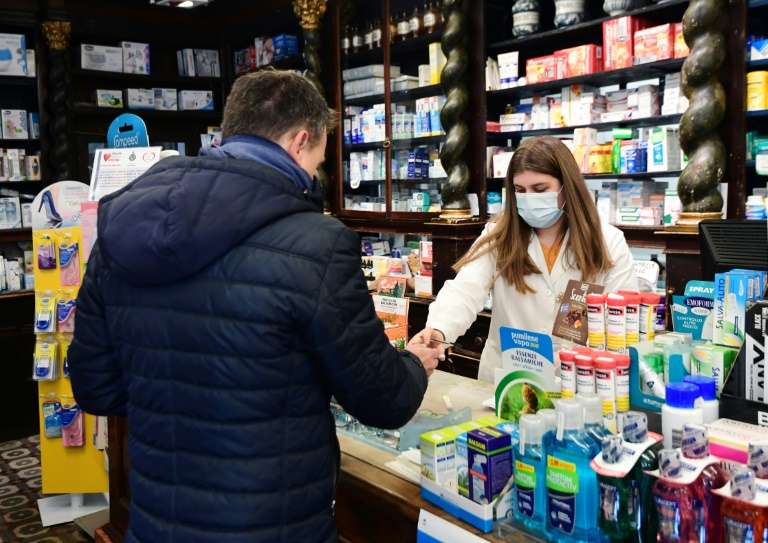 In Codogno's centre, the pharmacy remained open on the orders of the local authorities. /AFP

In Codogno's centre, the pharmacy remained open on the orders of the local authorities. /AFP

Italy's health minister said the man who died on Friday, Adriano Trevisan, had been admitted to hospital 10 days earlier for an unrelated health issue.

The president of Veneto, Luca Zaia, told RaiNews 24 early Saturday that none of those infected with the virus in the region had been in contact with anyone who had recently arrived from China.

In Rome, two Chinese tourists who were Italy's first confirmed cases remain in isolation. A third man who was also quarantined has recovered and been released from the same hospital, the Spallanzani Institute in Rome, said Borrelli of the civil protection department.

Elsewhere in the world, it has killed more than a dozen people and spread across some 27 countries and territories. Last Sunday, an 80-year-old Chinese tourist died from the new coronavirus in France.

In the areas now under lockdown in northern Italy, public activities such as carnival celebrations, church masses and sporting events had been banned for up to a week, while bars, restaurants, schools and libraries had shut their doors.