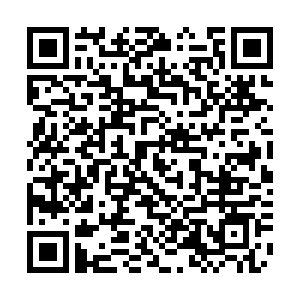 Alex Ovechkin (C) of the Washington Capitals celebrates the 700th goal scored in his career in the game against the New Jersey Devils at the Prudential Center in Newark, New Jersey, February 22, 2020. /AP

Alex Ovechkin (C) of the Washington Capitals celebrates the 700th goal scored in his career in the game against the New Jersey Devils at the Prudential Center in Newark, New Jersey, February 22, 2020. /AP

With power and a prodigious shot, Alex Ovechkin now stands where few in hockey have been.

He became the eighth NHL player to score 700 career goals, reaching the milestone in the third period of the Washington Capitals' 3-2 loss to the New Jersey Devils on Saturday.

"It's a special moment," Ovechkin said. "When you get closer you start thinking when it's going to happen. Finally, it's over so we don't have to talk about it anymore. We're going to move on."

The 34-year-old Russian forward one-timed a slap shot from the right circle that went in off the left post 4:50 into the third period, tying the game at 2. It was his 42nd goal of the season, one behind Boston's David Pastrnak and Toronto's Auston Matthews for the league lead, and came on his second shot on goal of the game.

Capitals players rushed onto the ice to congratulate their teammate, and Devils fans gave him a strong ovation.

"It was obviously a matter of time, but that was a huge goal for us at the time," said Todd Rierden, in his second season as Capitals coach after serving as an assistant the previous four. "Amazing to be able to watch it live and in person. To be able to go through the last six years with (Ovechkin) has been amazing to watch. Certainly a superstar in my time, the best goal-scorer that I've ever seen."

Jagr and Gartner both spent some time with the Capitals but nether reached the mark while playing for the team.

"It's always special to be in that category," Ovechkin said. "But I would say without my team, without my family, without the fans, the support that I have I would never reach that milestone. We have to continue to create history."

Ovechkin had not scored in five straight games before getting No. 699 against Montreal on Thursday night. He had 14 goals, including three hat tricks, in his previous seven games before the drought.

"I knew someday even if I didn't score today we still have 20 games, so one goal I would score," he said. "It's pretty good company. I am happy to be there."

He needed 1,144 games to reach the landmark, second fastest behind Gretzky at 886 games. And the player who has been tormenting goalies since joining the league in 2005 moved from 600 goals to 700 in 154 games, the fewest among the eight players to reach the mark.

The first overall pick in the 2004 draft, Ovechkin has 1,270 points since the start of his rookie season, just ahead of Penguins star Sidney Crosby (1,256) since they both debuted that year.

Despite Ovechkin's climb, Washington lost its fourth straight and fell to 3-7-1 in its past 11 games to remain tied with Pittsburgh atop the Metropolitan Division at 80 points – the Penguins have an edge with a game in hand. Washington hosts Pittsburgh, which lost 5-2 at home to Buffalo, on Sunday.

"We're a little struggling right now, a little tight in our shoulders," Ovechkin said. "We have to fight through this and everything is going to be OK."

"With Ovechkin scoring 700 we could've easily sat back and been like, 'Wow,'" Severson said. "Congratulations to him. Great player, all-time. But we got the win, we one-upped him, so it was great."

Other results on Saturday (home teams in bold):