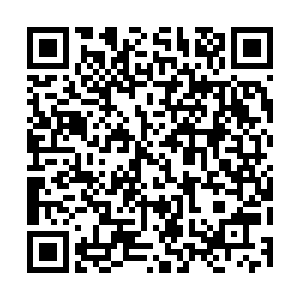 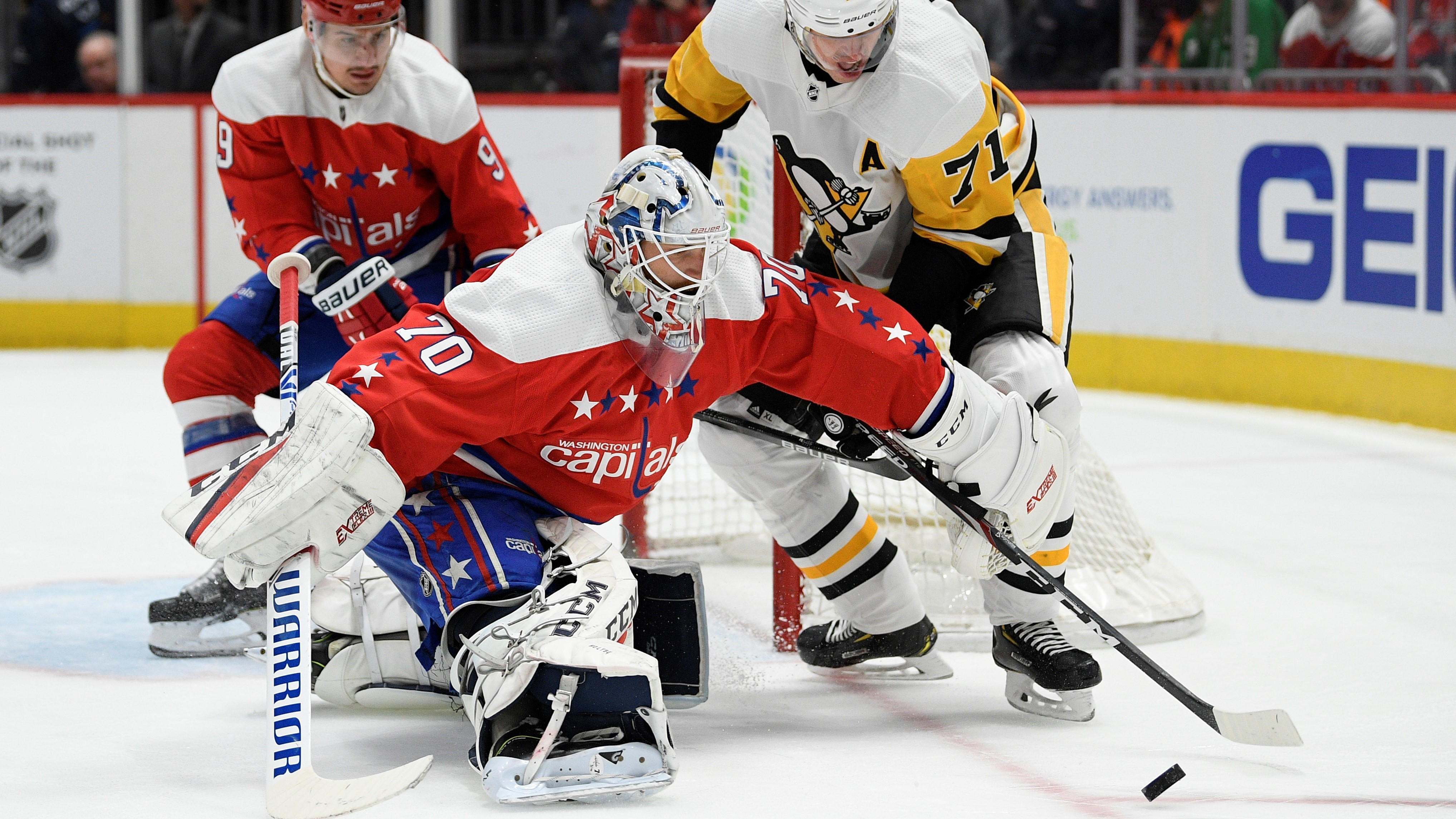 Braden Holtby #70, goaltender of the Washington Capitals battle for the puck with Evgeni Malkin #71 of the Pittsburgh Penguins in the game at the Capital One Arena in Washington D.C., February 23, 2020. /AP

Braden Holtby #70, goaltender of the Washington Capitals battle for the puck with Evgeni Malkin #71 of the Pittsburgh Penguins in the game at the Capital One Arena in Washington D.C., February 23, 2020. /AP

Facing another deficit and the prospect of their losing streak dragging on, Capitals players returned to the locker room at the second intermission with some things to say.

"We were just saying we've got to show some character," veteran Carl Hagelin said. "Things haven't gone the way we wanted. It's time for us to show up."

Oh, they showed up.

Washington scored three goals in the first 11 minutes of the third period to come back and beat the Pittsburgh Penguins 5-3 on Sunday. The Capitals snapped their skid at four and leapfrogged their archrivals into first place.

"We happy we get two points," captain Alex Ovechkin said the day after scoring his 700th career goal in a loss. "It was important mentally game for us. We play against very good opponent and it was huge two points."

Perhaps being down at home against Pittsburgh was just what the Capitals needed. They were outshot 36-23 but showed the kind of resolve that was lacking during a recent run of eight losses in 11 games.

Thank the Penguins for supplying the urgency.

"The intensity was up a little bit," said goaltender Braden Holtby, who made 33 saves. "We were moving our feet and we were trying to work for success. Sometimes a good opponent, a kind of rivalry game, that can bring that out in you when you need a little boost."

Holtby was the backbone, and the boost came in the form of goals by Tom Wilson, Hagelin and T.J. Oshie out of the second intermission. Washington didn't fold after Patric Hornqvist and Sidney Crosby scored 26 seconds apart in the second or when Evgeni Malkin put the puck through Norris Trophy candidate John Carlson's legs for a highlight-reel goal in the third.

Pittsburgh carried the play for much of the game but lost its third in a row to cool off and fall into second place in the competitive Metropolitan Division.

"I'll take the blame for that one," said Penguins goalie Matt Murray, who allowed four goals on 22 shots. "We were probably the better team again tonight, so we've got to take whatever positives we can and move forward."

Crosby wasn't thinking of the positives when he snapped his stick on the bench during a rough third period. But coach Mike Sullivan told his players there was a lot to like about their effort.

"It's disappointing we didn't get the result, but I thought we played a much better hockey game," Sullivan said. "It was a competitive game. They're a good team. We're a good team."

The Capitals were good enough to lead the NHL for much of the season but had fallen into a rut over the past few weeks. This was just their second win in eight games and came in hard-working fashion.

"The only way to work through it was to go out there and get it done," said Wilson, who reached 20 goals for the second consecutive season. "It wasn't an easy game. There were ups and downs. That's a character win. It's one win. We're going to learn from it, it was great for the team, but we've got to keep going here."

Players like Hagelin, who scored an empty-netter with 46.7 seconds left to seal it, are plenty familiar with the intensity of the Capitals-Penguins rivalry. Recent trade acquisition Brenden Dillon got his first taste Sunday and personified his new team's pushback by going after and fighting Malkin at the end of the first period.

"With these rivalry-type games, tempers run high," Dillon said. "It was great."