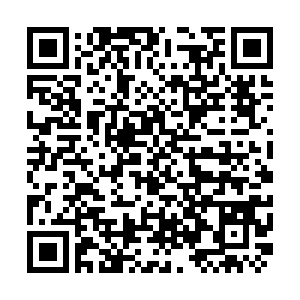 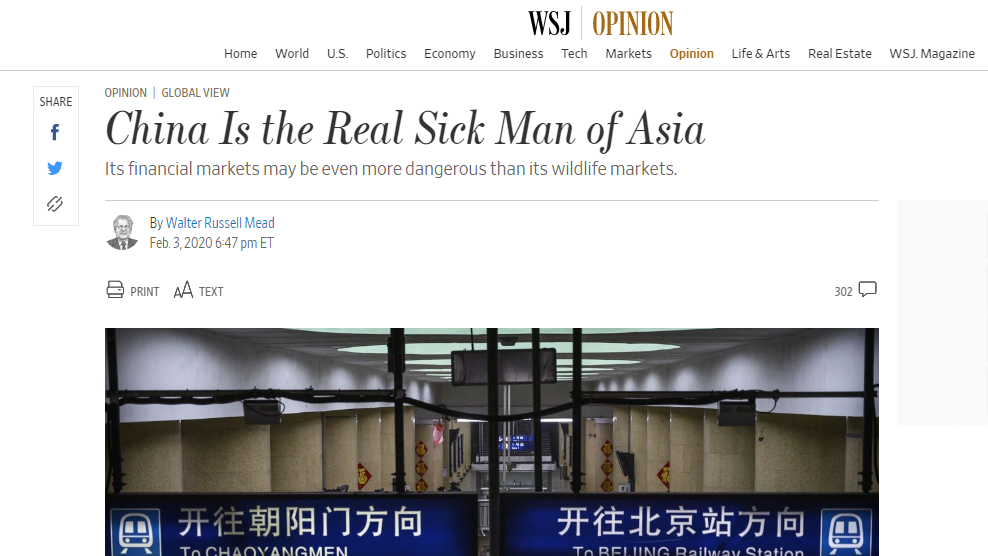 "It is about the mistaken choice of a headline that was deeply offensive to many people, not just in China," 53 members of the Wall Street Journal's China staff and colleagues involved said in an email asking the WSJ to do the decent thing to apologize and correct the headline.

"China is the real sick man of Asia" written by Walter Russel Mead in a WSJ opinion column was published on Feb.3, and the commentary was not on the outbreak of coronavirus but on China's financial markets.

The writer, Walter Russel Mead didn't take up his responsibility, but left it to the editor.

"Apropos of nothing in particular, a word to my new Chinese followers: at American newspapers, writers typically do NOT write or approve the headlines. Argue with the writer about the article content, with the editors about the headlines," Mead said on his twitter.

"We find the argument that no offense was intended to be unconvincing: Someone should have known that it would cause widespread offense. If they didn't know that, they made a bad mistake, and should correct it and apologize," wrote the email.

As anyone who has read history about China should know, this particular appellation was used by the western invaders during their colonial rule, which was clearly a racist phrase.

It is not only the Chinese who would feel offended by the phrase "sick man of Asia," a responsible journalist should also be aware of the inappropriate wording in this historical context.

The Chinese Foreign Ministry had already announced it was revoking the press credentials of three of the journal's reporters in Beijing over the article on February 19, 2020.

After the revocation, U.S. Secretary of State Mike Pompeo said, "Mature, responsible countries understand that a free press reports facts and expresses opinions. The correct response is to present counter arguments, not restrict speech," a statement which it seems did not really apply to him.

"Pompeo himself recently booted a reporter from NPR off his media plane in apparent retaliation for questions he didn't like in an earlier interview with another NPR journalist," reported the Washington Post. 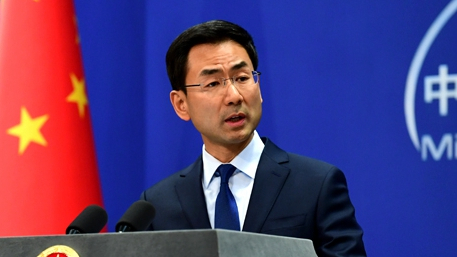 Spokesperson for the Chinese Foreign Ministry Geng Shuang asked: "Mr. Pompeo, if you think the Wall Street Journal is free to name-call others, does the person being called names have the right to fight back?"

"China handles the affairs of foreign journalists in accordance with law and regulations. Those media that openly insult China promote racial discrimination and maliciously smear and attack China will pay the price," Geng said.

The story is still on the Wall Street Journal's page.