The COVID-19 is not a laughing matter
James Rae 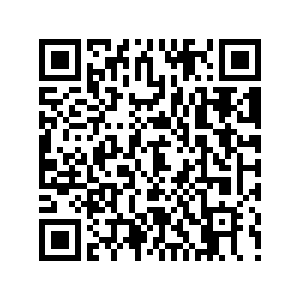 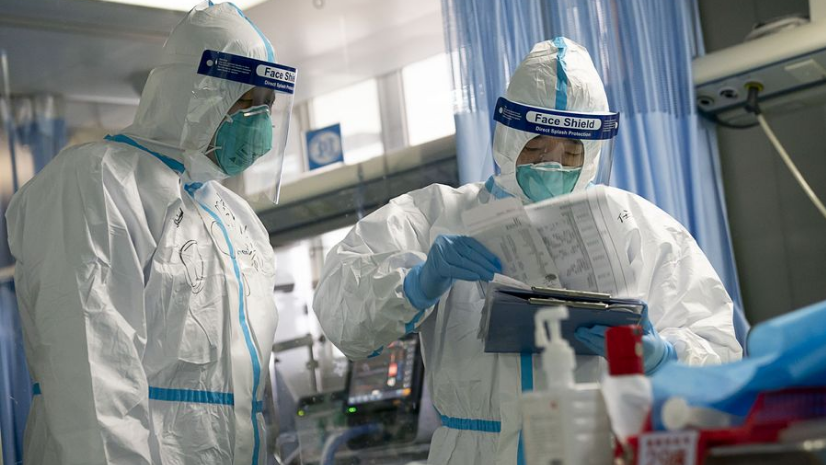 As we approach March, nearly 80,000 people have been infected by the COVID-19 and more than 2,500 have died worldwide. Of course, the brunt of the outbreak has been Hubei Province and its steadfast capital Wuhan. Outside of that hot zone, the number of infections and deaths are quite limited. Most of China has had very few cases, and of course there are over 1.4 billion Chinese on the planet; so even these numbers are not so large.

Generally, the international community has watched with concern and trepidation as the virus has spread across borders and oceans. An outpouring of sympathy has resulted, and particularly overseas Chinese have leapt to the aid of their countrymen and ancestral siblings by voluntarily purchasing and sending medical supplies, nutritional supplements, and masks to China.

Here in Sacramento, the Chinese community at the Chinese Benevolent Association and Confucius School packaged an enormous shipment of such humanitarian support demonstrating their compassion toward loved ones and strangers alike.

I have witnessed the wonderful camaraderie that such crisis engenders hearing from my own network of friends and family in Wuhan itself, sharing their very limited food supplies with neighbors to those here in Northern California. I have visited Wuhan over a dozen times and know the people there to be strong and straightforward, able to persevere and ultimately move forward.

Unfortunately, for some such a crisis is an opportunity to criticize the Chinese government, belittle Chinese culture, or mock Chinese people; sometimes for spite, other times out of fear, and occasionally just for (inappropriate) humor.

In this vein, some are seeking to profit from others' misery, marketing t-shirts on Amazon bearing crude jokes regarding the corona virus. Corona is a popular Mexican beer and some vendors are selling t-shirts that would seem to fit a spring break party with beer bottles wearing masks.

Online memes depict the current Year of the Rat with a mask, senselessly demeaning the heritage of Chinese culture. In New York City several weeks ago, a video showed a violent attack against a woman of East Asian descent simply for wearing a mask. These dismissive attitudes have appeared in Europe and the United States, but also in Asia, signs stating "No Chinese Allowed" were recently observed in Japan and Malaysia.

In fact, over a month ago a young Chinese woman was reported to school authorities for volunteering at her son's school here in Sacramento simply owing to her national background, well before any cases appeared in the United States. Sacramento County itself now has one case. 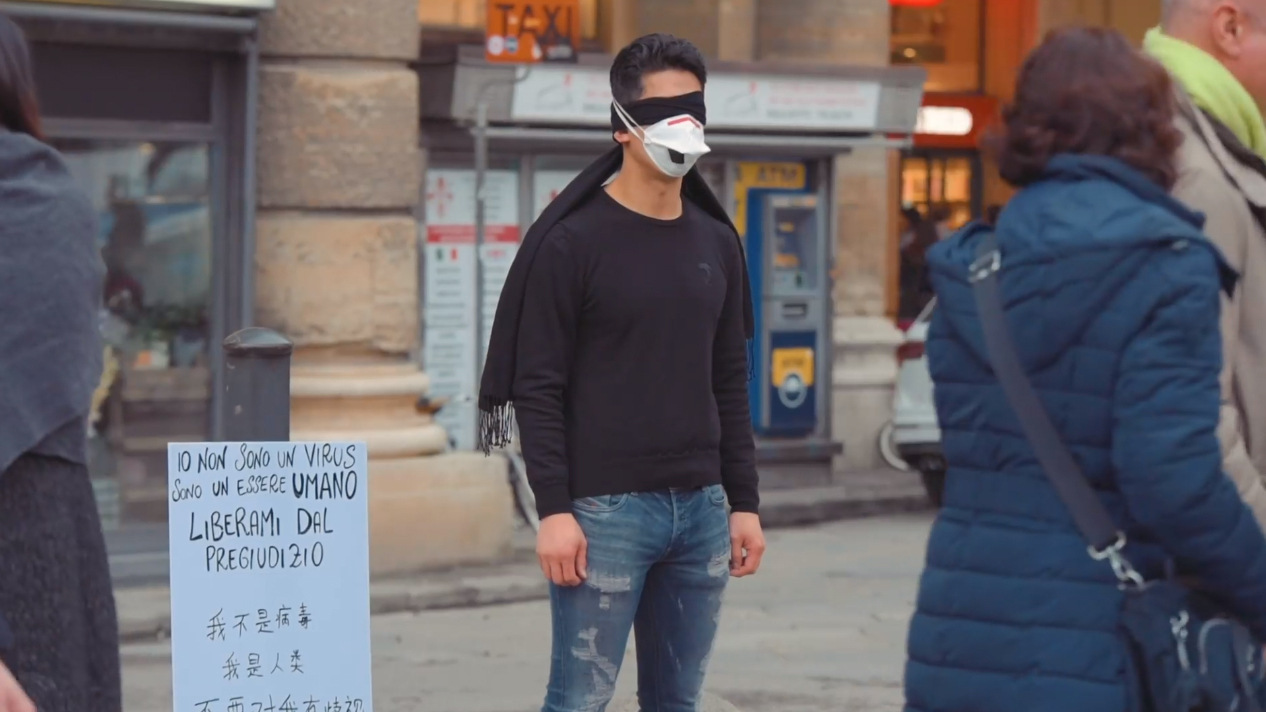 Chinese-Italian Massimiliano Martigli Jiang stands for hours, blindfolded and wearing a face mask, next to a sign that said "I'm not a virus, I'm a human being: Eradicate the prejudice," in Florence, Italy, February 2, 2020. /Associazione Unione Giovani Italo Cinesi

Chinese-Italian Massimiliano Martigli Jiang stands for hours, blindfolded and wearing a face mask, next to a sign that said "I'm not a virus, I'm a human being: Eradicate the prejudice," in Florence, Italy, February 2, 2020. /Associazione Unione Giovani Italo Cinesi

Such hysteria is very dangerous, especially as it plays on negative stereotypes held toward Chinese that I thought were largely eradicated. For many, the Chinese government's preventive measures are seen as draconian and impressive, though similar actions are taken in other outbreaks and places that have had only a few cases have taken similar measures just on a smaller scale.

Of course, those same observers are terrified of infected people traveling as well. We can't have it both ways, either a cordon sanitaire or quarantine is necessary and effectively implemented, or life continues as normal and the rate of infection presumably skyrockets. Damned if you do and damned if you don't.

Meanwhile, racialized attitudes harm the image of China. Eating exotic food becomes associated with all Chinese people and creates an "otherness" that they are odd for their dietary choices. Crowded and unsanitary conditions are equated with all Chinese society and reflects the racist portrayals made of 19th century China during its century of humiliation when Chinese were not allowed into treaty concession domains (including historic Hankou, now part of Wuhan).

Of course, even within China everyone needs to be on guard not to demonize Hubei people and simply link them to this virus and then consider them dangerous.

The virus outbreak is an immense tragedy. I have seen how quickly rumors and suspicions can spread, and anti-Chinese sentiment can erupt even here in Sacramento so far from the center of the contagion. Yet it has been a time for great brotherhood and sisterhood for many Chinese around the world, demonstrating a collective spirit to brave these difficult times and share in the ordeal and overcome selfishness.

Chinese people have pulled together and suffered through great tribulations before and once again, but the gestures of goodwill surely win the day as I have observed them up close and from a distance. The lesson is to maintain our open hearts for all human suffering and not take advantage of vulnerability for selfish profit, scornful humor, or spiteful discrimination.