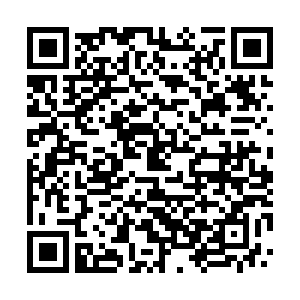 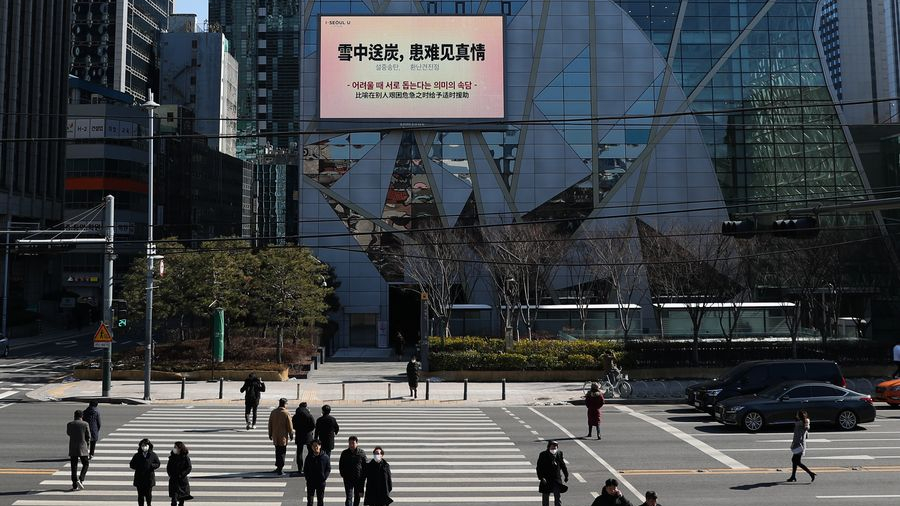 A video cheering for China in fighting against the novel coronavirus pneumonia (NCP) is played outside the building of the Seoul Metropolitan Government in Seoul, the Republic of Korea, February. 18, 2020. /Xinhua

A video cheering for China in fighting against the novel coronavirus pneumonia (NCP) is played outside the building of the Seoul Metropolitan Government in Seoul, the Republic of Korea, February. 18, 2020. /Xinhua

Republic of Korea's (ROK) President Moon Jae-in has raised the country's virus alert warning system to its highest level, red, after the number of confirmed cases in the country surged from 31 to 533 in the scope of a few days following the emergence of a spike of cases within a church in the city of Daegu. The President has urged local authorities to take "unprecedented measures" in handling the outbreak. The events have, along with growth of cases in Italy, transformed the focus of the outbreak from something which was focused solely on China into a full-blown international crisis.

This development is a reminder of the true nature of what the world is dealing with, that is a global problem and subsequently requires a global and united effort to combat it. In recognizing such, it is important for the world now to acknowledge that the coronavirus is not merely "China's problem" and to use the outbreak to attack a given culture, ethnicity, or political system, but instead that it is "humanity's problem." Disease does not discriminate, and nor should our response to it as events in Daegu now change the game of what we perceive this virus to be.

The past few weeks has seen many people throughout the world relentlessly use the outbreak of the coronavirus to target China on cultural and political grounds. The western media, including the New York Times, Wall Street Journal, ABC, BBC and more all championed the outbreak in Hubei as a failure of the country's political system and the superiority of the west.

Similarly, everyday people began perpetuating crude stereotypes, conspiracy theories and even a targeting of people with an Asian appearance in fear of the virus. For many, the coronavirus was cemented as "Made in China" and thus inseparable from the country, the mindset prevailing that the outbreak was merely China's problem and the simple answer to it all was to simply make as much distance from Beijing as possible and leave them to it, than affirm solidarity, compassion and support. 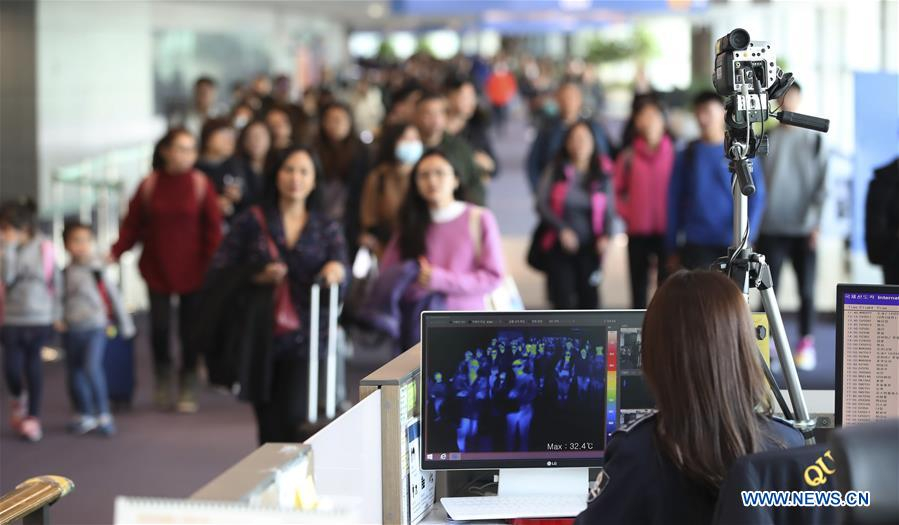 However, the emergence of a coronavirus outbreak in the ROK in circumstances not directly linked to China at all: the initial patient who sparked the cycle of cases had not traveled abroad, and instead refused testing, is a wake-up call to the rest of the world that this disease is a global struggle, which China does not deserve to be singled out for or stigmatized over, and that vigilance for the disease can now not be associated with any particular country.

Pathogens do not stop at national borders, they do not choose between ethnicities or cultures and nor do they take preference for political systems. Whilst some circumstances can facilitate the spread of diseases much greater than others, this not a call for condemnation or scapegoating but it is a call for cooperation.

And this is where the world should stand now. The emergence of an outbreak outside of China is devastating and shows the true extent of the challenge of which the world faces against the coronavirus, which is going to be long and costly. When it disappears in some places, it comes with the risk of emerging again in others, thus showing it is not about China or "Chinese people," this is about everyone, and in doing so there has never been a greater alarm for solidarity and coming together in confronting a common threat with a common vision.

Isolating or scapegoating China alone is now not a "catch-all" option to eradicating the disease and thus countries should rethink their positions and adapt their tactics accordingly as they monitor the situation in the ROK. Regardless, China will certainly move to show support to its neighbors and be ready to cooperate as needed.