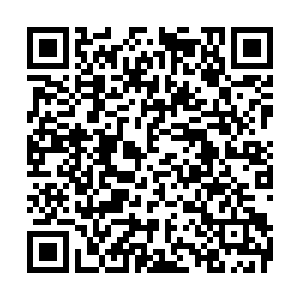 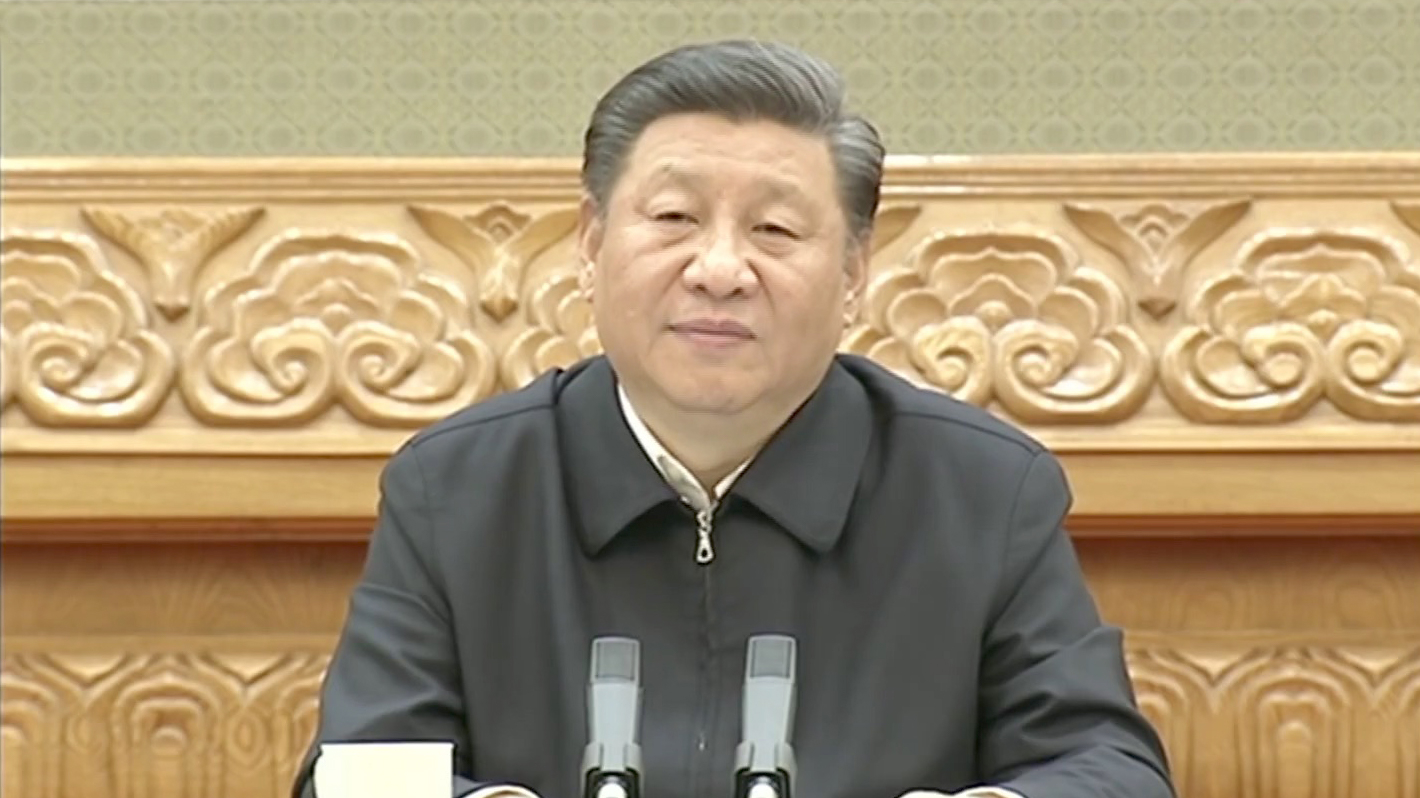 Chinese President Xi Jinping, along with other leaders, held an unprecedented top-down online meeting on Sunday over the prevention and control of the novel coronavirus disease (COVID-19) epidemic.

Xi, also general secretary of the Communist Party of China (CPC) Central Committee and chairman of the Central Military Commission, said the coronavirus epidemic is a major public health emergency with the fastest spread, the widest range of infections, and the most difficult prevention and control in China since the founding of the People's Republic of China in 1949.

The situation is showing a positive trend after arduous efforts, but it is still grim and complex. It is now the most crucial moment to curb the spread, Xi told hundreds of thousands of officials from the Political Bureau of CPC Central Committee level to county level as well as military officials of corresponding levels via videoconference.

The two-hour meeting aimed to advance the work on coordinating the prevention and control of the COVID-19 and economic and social development.

The Chinese nation has experienced many ordeals in its history, but it has never been overwhelmed. Instead, it has become more and more courageous, growing up and rising up from the hardships, Xi said.

Speaking to officials, Xi asked them to continue to make unremitting efforts in various prevention and control work and resume work and production in an orderly manner.

Speaking on behalf of the CPC Central Committee, Xi extended greetings to Party members, officials and the general public throughout the country, especially those in Hubei Province and its capital city Wuhan, and expressed respect to the medical workers, officers and soldiers of the People's Liberation Army and comrades from various sectors who have been fighting on the front line of epidemic prevention and control.

He also expressed his sincere gratitude to compatriots in Hong Kong, Macao and Taiwan, overseas Chinese, as well as to countries, international organizations and friendly people that have provided various support to the epidemic prevention and control.

Xi also expressed deep condolences to compatriots and medical personnel who lost their lives in the fight against the epidemic, and sincere sympathy to patients and their families who are struggling with the disease, as well as to the families of those who died on duty and the deceased patients. 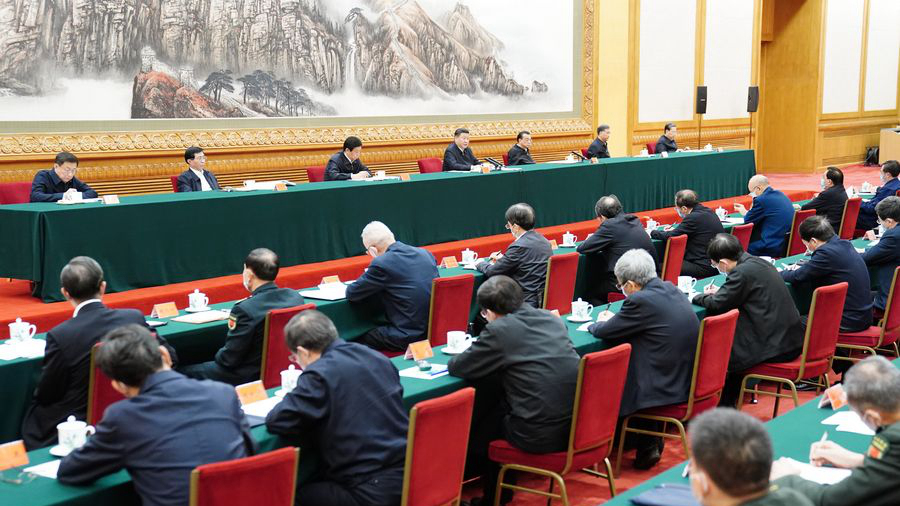 Xi said since the start of the outbreak, the CPC Central Committee has attached great importance to the issue, made swift deployment, strengthened the centralized, unified leadership of the Party, requiring Party committees and governments at all levels to put people's lives and health as the top priority and adopt effective measures to curb the spread of the virus.

The CPC Central Committee has made it a prominent task to improve the admission and cure rates and reduce the infection and mortality rates, Xi said, noting that Wuhan and Hubei have been taken as the country's main battlefield against the epidemic.

Efforts have also been made to strengthen the emergency supply of medical materials and daily necessities, safeguard social stability and win the support of the international community, he added.

The COVID-19 outbreak is a major public health emergency that has spread in the fastest speed, caused the most extensive infection and is the most difficult to contain in the country since the founding of the People's Republic of China, said Xi.

"This is both a crisis and a big test for us," Xi said, adding that after arduous work, the positive trend in the prevention and control work is now expanding.

"It has been proven that the CPC Central Committee's judgment on the situation of the epidemic is accurate, all work arrangements are timely, and the measures taken are effective," said Xi.

"The results of the prevention and control work have once again demonstrated the notable advantages of the leadership of the CPC and the system of socialism with Chinese characteristics," he added.

Xi called for firm, solid and meticulous efforts in the epidemic prevention and control, urging Party committees and governments at all levels to remain vigilant.

No victory should be lightly announced until there is a complete win, Xi said, making seven demands:

First, Hubei Province, as well as its capital city Wuhan, should be safeguarded with resolute efforts, with focal attention paid to containing the spread in communities and treating the patients;

Second, the epidemic prevention and control work in Beijing should be carried out with all-out efforts. Both imported cases and spread within the capital city should be prevented;

Third, medical resources and key supplies should be allocated in a scientific manner, providing more protection for the medical workers;

Fourth, scientific research should be accelerated in terms of drug and vaccine development. Effective diagnosis and treatment plans should be summarized and promoted in time;

Fifth, international and regional cooperation should be expanded. Good communication with the World Health Organization and experience sharing with relevant countries should be continued;

Sixth, public communication through news media should be more effective. Release of the information of the epidemic should be improved;

The impact of the epidemic on China's economic and social development is temporary and generally manageable, Xi noted.

He said the COVID-19 epidemic will inevitably deal a relatively big blow to China's economic and social development. However, at such a time it is even more important to view China's development in a comprehensive, dialectical and long-term perspective, and to strengthen and firm up confidence. 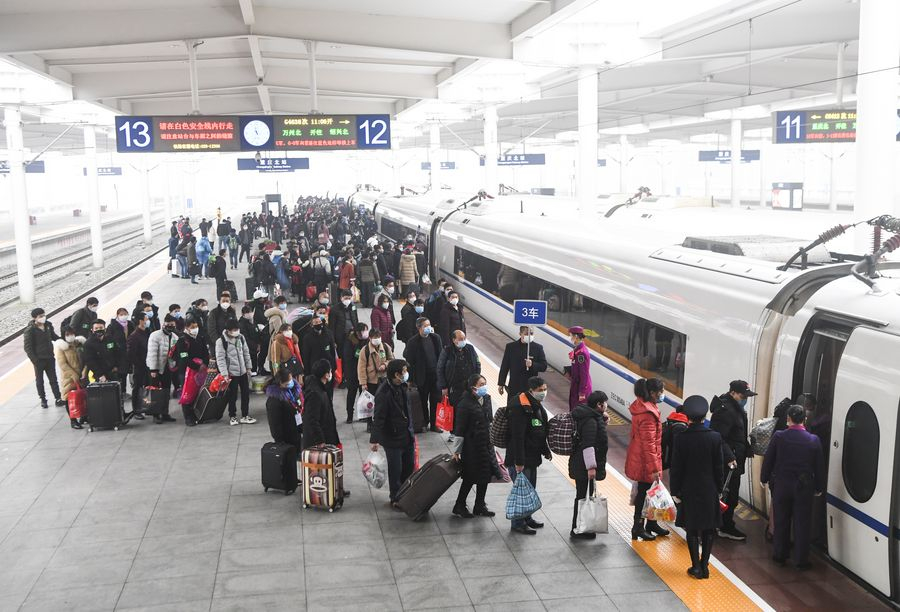 Stressing orderly resumption of work and production, Xi made specific requirements to that end.

Each region should adopt a precise approach when advancing resumption of work and production based on local health risks, Xi said.

Regions with relatively low risks should reorient their disease prevention and control strategies as soon as possible to focus on forestalling imported cases and comprehensively restoring the order of production and life, Xi said.

Medium-risk regions should promote work and production resumption in an orderly manner based on local epidemic-control situations, while high-risk regions should continue to be fully committed to doing a good job in epidemic prevention and control, he said.

Xi stressed strengthening the regulation role of macro-economic policies, calling for more positivity in the country's proactive fiscal policy and the roll-out of more targeted interim policies in cutting taxes and fees to help micro, small and medium-sized firms tide over difficulties.

Besides, the prudent monetary policy should feature more flexibility and moderation, Xi said, calling for making good use of existing financial support policies and introducing new policies and measures in due course.

China will step up efforts to keep employment stable, with all-round measures to cut corporate burdens, keep the payroll stable, and create more jobs, Xi said, adding that in addressing the outstanding problems of serious scarcity of workers in some enterprises, high pressure in keeping the payroll stable, and difficulty of key groups to obtain employment, efforts should be given to support flexible employment through multiple channels and facilitate employment of college graduates.

The country should resolutely accomplish the task of alleviating poverty despite the impact of the epidemic, Xi said, urging efforts to help poor workers return to their posts in an orderly manner, support leading poverty alleviation enterprises and workshops to resume work as soon as possible, and improve mechanisms to prevent people from returning to poverty.

Xi underscored efforts to push for the resumption of work and production with precise epidemic prevention and control strategies, while smoothing travels and logistics channels and lifting cargo transport bans to push all links in the industrial chains to resume work and production in a coordinated way.

The country should actively expand effective domestic demand, fast-track the progress of projects under construction and new ones, as well as enhance guarantees for labor, land, funds and other production factors.

In the meantime, China will ensure the timely agriculture work in spring, Xi said.

In doing so, he urged efforts to address the protruding issues in spring farming preparation and ensure well-organized production, transportation and supply of farming materials.

Xi also noted that people's basic livelihood should be guaranteed, such as the supply of staple and non-staple food. Enhanced efforts should be made to take care of those in need as well as those losing their family members due to the epidemic. Efforts should also be made to coordinate medical treatment for patients with other diseases.

The country should keep the foreign trade and investment stable amid the epidemic outbreak, Xi stressed.

Major foreign investment projects should be well implemented, while opening-up of finance and other services should be expanded. Business environment should continue to be optimized to strengthen foreign businesses' confidence in long-term investment and operation in China, Xi said.

In order to win the people's war against the epidemic, the Party's leadership should be strengthened, Xi said.

Xi required cadres at all levels, especially the leading officials, to take initiative in fulfilling duties.

Cadres who make outstanding contributions should be awarded, while those who fail to perform their duties should be held accountable, Xi noted.

Stressing more care for primary-level cadres, Xi called for solving their practical difficulties in a timely manner and resolutely rectifying the practice of formalities for formalities' sake and bureaucratism.

Xi also required summing up experience and drawing lessons from the weak links exposed in the epidemic to improve the ability to deal with major public health emergencies.