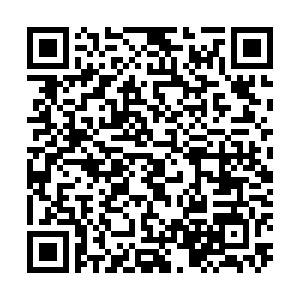 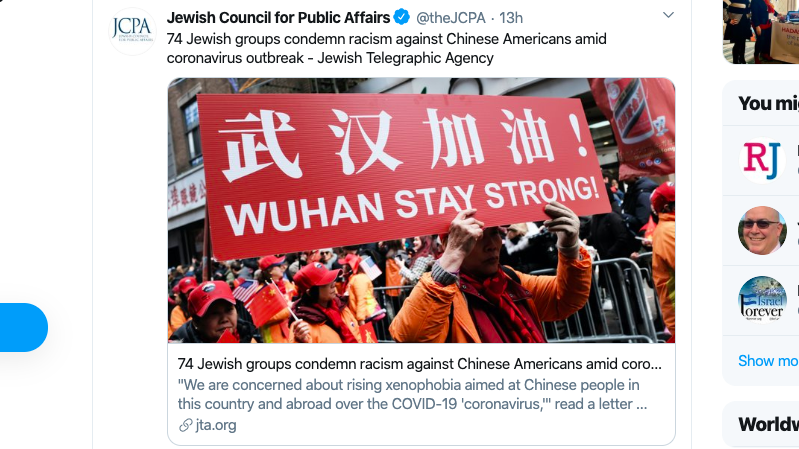 Seventy-four Jewish groups in the U.S. signed a joint open letter on Friday, condemning anti-Chinese sentiments amid the spread of the COVID-19 outbreak.

The letter, organized by Jewish Council for Public Affairs (JCPA), wrote Jews are "concerned about rising xenophobia aimed at Chinese people in this country and abroad." And it is important that the Jewish community express their solidarity and support for their Chinese-American friends.

Over the fears of the virus, business owners in overseas Chinatowns from London to San Francisco have reported sharp sales declines. Chinese students studying abroad were edged out by their counterparts in campuses. Even people with Asian descent were accused of spreading the virus.

In the letter, the Jewish community said they know that in such times, concern can quickly turn into hysteria, which can lead to scapegoating. They pledge to help ensure that Chinese people feel safe and supported, and to combat attacks and stereotyping on social media.

On Monday, JCPA pinned the open letter on top of their twitter account, along with a photo of Jews going to a Chinese restaurant and standing alongside the Chinese to show their support. 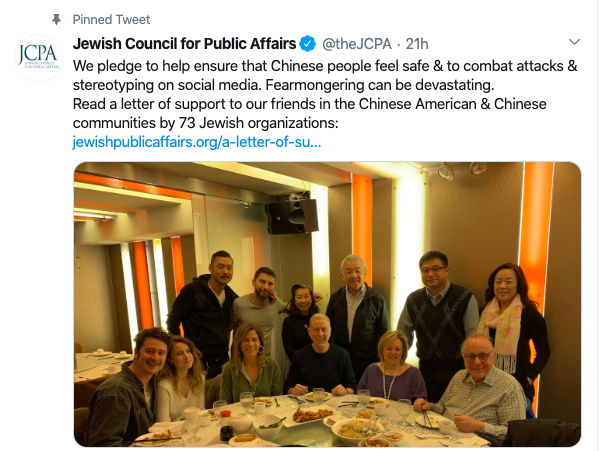 Similar things happened just one week ago when nearly 1,000 Jews gathered at the Western Wall in Jerusalem, one of the holiest places for them, to hold a mass prayer for those impacted by the COVID-19.

"The Chinese people need to know that the Jewish people are thinking of them and praying for and with them," Shmuel Eliyahu, head of the Community Rabbinical Association, declared at the event according to the Times of Israel.

"May this unfortunate plague cease and vanish from the Chinese people and from the entire world," he added. 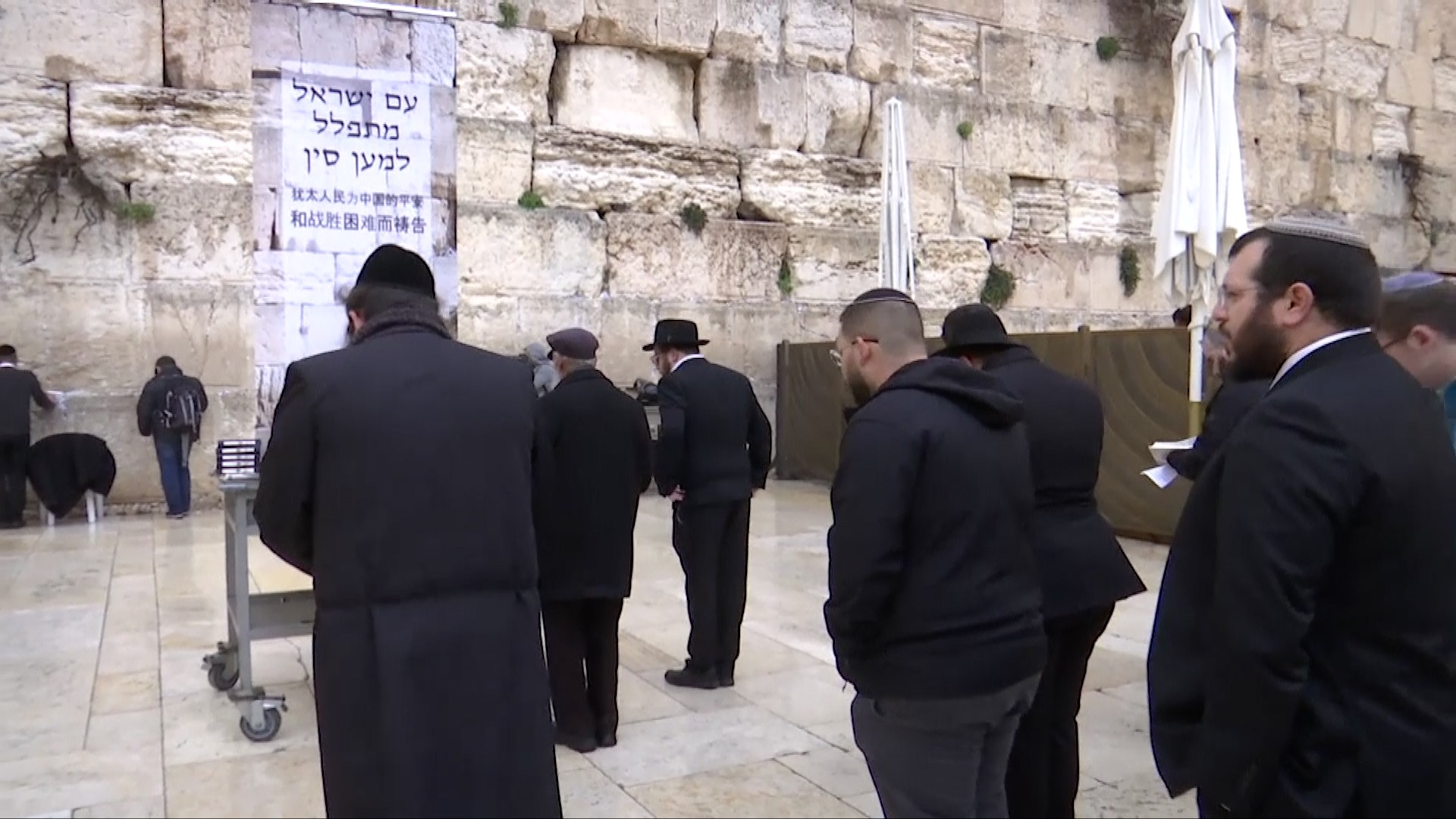 According to the letter, Dr. Anthony Fauci, director of the National Institute of Allergies and Infectious Diseases, explained the danger for Americans is "just miniscule" and there is no need to avoid Chinese people or businesses.

Founded in 1944, JCPA is one of the largest nonprofit Jewish organizations in the U.S., representing 17 national-level Jewish agencies in the country, as well as 125 local Jewish councils. It has a strong influence among the American Jewish communities.