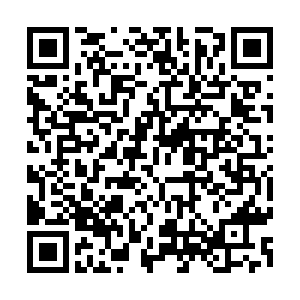 China proposed major legislative changes to abolish wildlife consumption and trade, to prevent viral outbreaks like the ongoing coronavirus epidemic in the country.

Hunting, trading, or transporting of wild animals shall also be banned to prevent animal-to-human transmission of diseases, it added.

The stern action comes after a series of studies linked the origin of the novel coronavirus to a local seafood market in Wuhan City, central China's Hubei Province, the epicenter of the epidemic.

The virus has killed more than 2,500 people in the last one month, leading to lockdown of many cities and affecting the global economy.

"It is necessary to update the wildlife protection list and forbid the captive breeding of wildlife, except those that can be legally bred and sold in the market," Li Zhang, a professor with Beijing Normal University, told CGTN.

"This will help stop the sale of wildlife and prevent humans from coming in contact with them and thus greatly reduce the chances of animal-to-human disease transmission."

The ban would result in a loss of around seven billion U.S. dollars, affecting employment of more than one million people.

Legislative changes to curb the trade were also proposed after the Severe Acute Respiratory Syndrome (SARS) pandemic in 2003, linked to the consumption of civet cats.

China bans the international trade of wild animals recommended by the Convention on International Trade in Endangered Species (CITES), a global wildlife regulator.

But the trade and consumption within the country emerged as a worldwide concern. International and local wildlife organizations had been urging the government to provide more teeth to the laws to curb the trade.

If the adoption of this Resolution means that China will more vigorously enforce its obligations under CITES regarding the illegal wildlife trade, then it will be very good news for the conservation of wild species, said Ivonne Higuero, secretary-general of CITES.

"It will be a disincentive for international criminal organizations and others to continue to be involved in wildlife trafficking," she told CGTN.

Apart from the species recommended by the global regulator, China has a national and also a provincial-level list consisting of 1,811 rare and endangered wildlife species.

But more than 1,000 wildlife species, including bats and birds, had not been included in the protection list. Such exclusion boosted the consumption many folds as purchasing power of consumers has increased over the years.

"Moreover, the wildlife protection list, consisting of animal of national priorities, has not been updated for the last 30 years," said Society of Entrepreneurs & Ecology (SEE), a non-profit organization.

The misguided belief that game meat has powerful nutrients and it boosts immunity further spiraled the demand for expensive game meat.

In such a scenario, the SEE suggested ensuring community participation can be an effective way to deal with the rising demand of wildlife, which has been promoted by a small section of people.

Apart from consumption, possession of wild animal parts like ivory and rhino horns, considered a status symbol in the country, had much to do with massive poaching of African elephants.

But China successfully imposed a ban on ivory and rhino horn trade, saving hundreds of tuskers from being poached in African countries.

The ivory trade ban in 2018 also shows that legislation should keep pace with time. Such action can significantly reduce demand, promote wildlife protection, and prompt people to change their habits of eating wildlife, Li added.

"As it did with the ivory trade, China may be able to turn this devastating crisis currently harming its international reputation into a positive," Peter Knights, CEO of WildAid, told CGTN.

"It can lead the world in implementing a comprehensive solution."