Tokyo organizers going ahead as planned with Olympics
CGTN 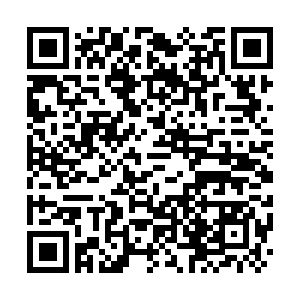 The Japanese government on Wednesday said the International Olympic Committee (IOC) and local organizers are going as planned with the Tokyo Olympics.

The comments from government spokesman Yoshihide Suga followed the assertion by IOC member Richard Pound that organizers face a three-month window to decide the fate of the games.

The 2020 Tokyo Olympics are likely to be canceled if the coronavirus outbreak is not controlled by late May, according to Pound.

The Tokyo Aquatics Center, a venue for the Tokyo 2020 Olympic and Paralympic Games, is under construction in Tokyo, Japan, February 19, 2020. /VCG

The Tokyo Aquatics Center, a venue for the Tokyo 2020 Olympic and Paralympic Games, is under construction in Tokyo, Japan, February 19, 2020. /VCG

Suga says Pound's opinion does not reflect the official view of the IOC, which has repeatedly said there are no plans to cancel or postpone the Tokyo Games.

"With regard to this member's comment, the IOC has responded that this is not their official position, and that the IOC is proceeding with preparations toward the games as scheduled," said Suga.

In a telephone interview from Montreal earlier, Pound suggested other options like moving events or postponing seemed less likely.

"I'd say folks are going to have to ask: 'Is this under sufficient control that we can be confident about going to Tokyo or now?'"

If the IOC decides the games cannot go forward as scheduled in Tokyo, "you're probably looking at a cancellation," said Pound, who added that he was not commenting on behalf of the IOC.