In The Spotlight: Pete Buttigieg, the non-revolutionary Democrat
By Sim Sim Wissgott 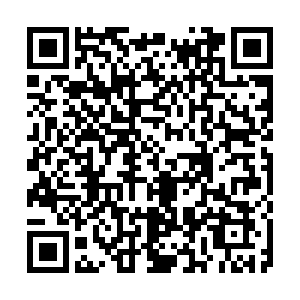 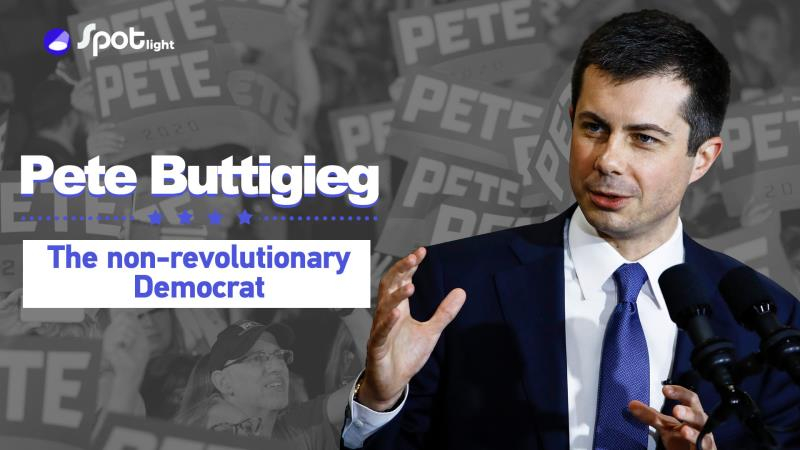 A young, openly gay two-term mayor and Afghanistan veteran, Pete Buttigieg made history by winning the most delegates at the Iowa caucuses earlier this month, but will need all the help he can get to keep his chances of securing the 2020 Democratic nomination alive after the South Carolina primary and Super Tuesday.

An unlikely candidate from the moment he announced his bid in early 2019, Buttigieg's only political experience was as mayor of South Bend, Indiana, a city of about 100,000 people – a far cry from the senators, vice-presidents and congressmen and -women standing alongside him on the debate stage.

At 38, he is half the age of three of his rivals: frontrunner and Vermont Senator Bernie Sanders, former U.S. Vice-President Joe Biden, and former New York Mayor Michael Bloomberg.

He is the first openly LGBTQ candidate to run a major presidential campaign and became the first to win delegates in a presidential race after the Iowa caucus on February 3.

And he is a Democrat from a Midwestern state that has long been in Republican hands.

But Mayor Pete, as many call Buttigieg – commentators initially struggled to pronounce his last name: it's Maltese and is pronounced Boot-edge-edge – quickly broke into the top five candidates in an extensive Democratic field and has comfortably stayed there ever since.

He now stands in second place in the Democratic race with 25 delegates, behind Sanders' 45.

Who is Mayor Pete?

A virtual unknown in the early days, Buttigieg stood out for his quirks. He speaks at least six languages, including French, Spanish, Arabic and Norwegian, which he reportedly taught himself in order to read books by a Norwegian author in the original language. 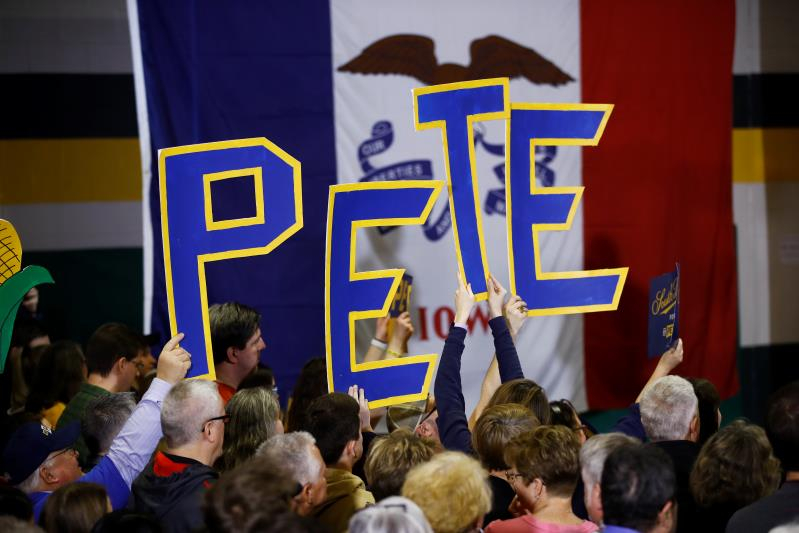 But he also boasts an impressive resume. A Harvard graduate and Rhodes scholar at Oxford, he was elected mayor of South Bend in 2011 at the age of 29 – making him the youngest mayor in a U.S. city of that size, according to the Washington Post.

He took a leave of absence in 2014 to serve in Afghanistan as a lieutenant with the U.S. Navy Reserve, then won a second term as South Bend mayor with 80 percent of vote despite coming out as gay during his re-election campaign.

As a Democratic candidate, Buttigieg has established himself somewhat as the opposite of Bernie Sanders.

Where his rival – whom he once profiled for an essay contest in high school – has backed radical progressive ideas, Buttigieg has been more middle-of-the-road.

To Sanders' "Medicare For All" healthcare, Buttigieg has responded with a "Medicare for All Who Want It" plan. He backs free university tuition for all, except students from wealthy families.

Amid bitter political divisions, Buttigieg has said he wants to "rally Americans together behind bold ideas" and to appeal not just to die-hard Democrats but also independents and "future former Republicans who are not going to agree with me on everything but they're disgusted with what's going on in this White House."

"I believe we can be true to our progressive values and be inviting to a lot of people who feel politically without a home," he told a CNN Townhall on Monday. 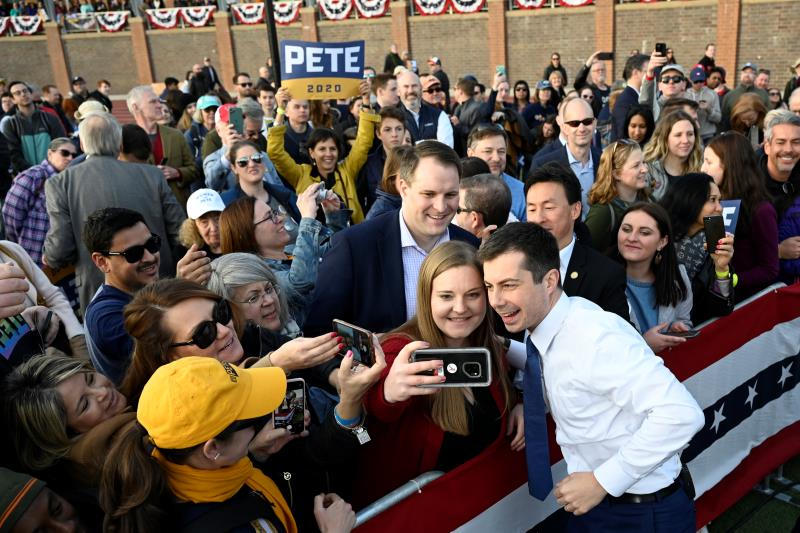 Among his other campaign pledges, Buttigieg has said he wants to reform the criminal justice system, scrap the Electoral College and make it easier for people to vote, raise the minimum wage to 15 U.S. dollars and increase affordable housing, and he has called for a carbon tax and investment in new technologies to address climate change.

No love from young and minority voters

But commentators have complained he is thin on details. And despite his age, Buttigieg has struggled to appeal to young voters, who have instead flocked to Sanders.

In a Forbes Under 30 Voter Survey published in late January, Mayor Pete tied in sixth and last place among all the Democratic candidates, receiving just three percent support from 18- to 29-year-olds, compared to Bernie's 32 percent.

Politico summarized young peoples' views of him in three words: "He's a square." A military man and former McKinsey consultant with a squeaky clean image who wears his faith on his sleeve, they see him as somebody "who's chosen to buy into the system as a reformer instead of attacking it as a revolutionary."

Sanders and Elizabeth Warren have slammed him for courting big donors at a fundraising dinner in a luxurious California "wine cave."

Even LGBTQ voters have been divided on the first openly gay major contender for the presidency.

Although his husband Chasten, whom he married in 2018, has often joined him on stage at rallies, Buttigieg made little of the fact that he was gay until recently, prompting accusations he was an "assimilationist gay" and "not queer enough." 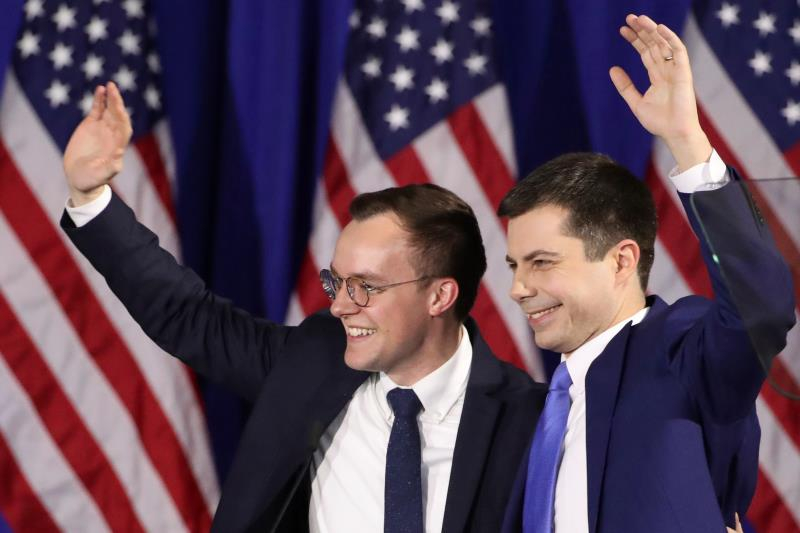 In Iowa, only about 22 percent of LGBTQ respondents said they supported Buttigieg, compared to 42 percent for Sanders. "I didn’t set out to be the gay president," Mayor Pete later pointed out.

Buttigieg has also failed to win over black voters, with critics pointing to his poor track record on race during his time as South Bend mayor, including the departure of the city's first African American police chief and the disproportionate number of black people arrested for marijuana possession.

In a Reuters/Ipsos poll published last week, only one percent of black Democratic or independent voters said they would vote for Buttigieg.

This could prove his undoing in South Carolina, where 60 percent of Democratic voters are African American.

After winning Iowa and coming a close second to Sanders in New Hampshire – two states with a predominantly white population – Buttigieg finished a distant third in more diverse Nevada over the weekend, with just 14 percent of vote.

A RealClearPolitics aggregate of recent polls currently puts him in fifth place behind Sanders, Biden, Bloomberg and Warren for the 2020 Democratic nomination.

Saturday's South Carolina primary could prove to be make or break for Mayor Pete.