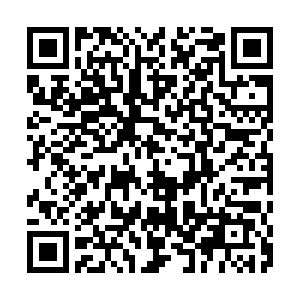 Around 80 percent of the confirmed cases currently trace to two clusters of infections. One is at a branch of a minor religious sect in Daegu, 300 kilometers southeast of Seoul, and another at a hospital in the neighboring county of Cheongdo. The numbers of confirmed cases stand at 677 and 268 respectively.

So far, 12 people have died in South Korea from COVID-19, including a 73-year-old Korean man who was a follower of the religious sect in Daegu and a 36-year-old Mongolian national who was hospitalized for a liver transplant.

The number of new cases is expected to jump in the coming days as the health authorities just started testing about 210,000 members of the Shincheonji Church of Jesus at the center of the rapid spread.

According to South Korea's Vice Health Minister, Kim Kang-lip, health authorities plan to complete the tests on about 1,300 members out of some 9,000 believers belonging to the Daegu church by Wednesday.

In coping with the anticipated surge of infected people, the government will secure 1,600 beds in Daegu and its neighboring areas by Sunday, Kim said. More health workers will be sent to Daegu, with 205 doctors and nurses volunteering to work in the virus-hit city.

South Korean President Moon Jae-in raised the virus alert to "red", the highest level, on Sunday. The authorities have since been working on halting the spread of the virus in epicenter Daegu, and North Gyeongsang Province.

At the same time, other cities like Seoul have witnessed sporadic cases, with no significant virus hotbeds reported.

In the second-largest city of South Korea, Busan, the cumulative number of virus patients rose to 50, and 23 of them are linked to a Christian church in Dongnae district.

The 23 patients are from Oncheon church in Busan, which were tied to the church's three-day retreat that ended on February 17, officials said.

The U.S. military in South Korea also said one of its soldiers tested positive for the coronavirus, becoming the first U.S. soldier infected in the country.

A total of 147 Koreans and their Chinese family members were evacuated from Wuhan to Korea via a charter flight on February 12. Among them, 144 tested negative and will be discharged from an isolation center on Thursday, KCDC Director-General Jeong Eun-kyeong said. The remaining three people will undergo another round of tests.