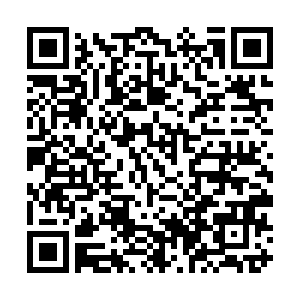 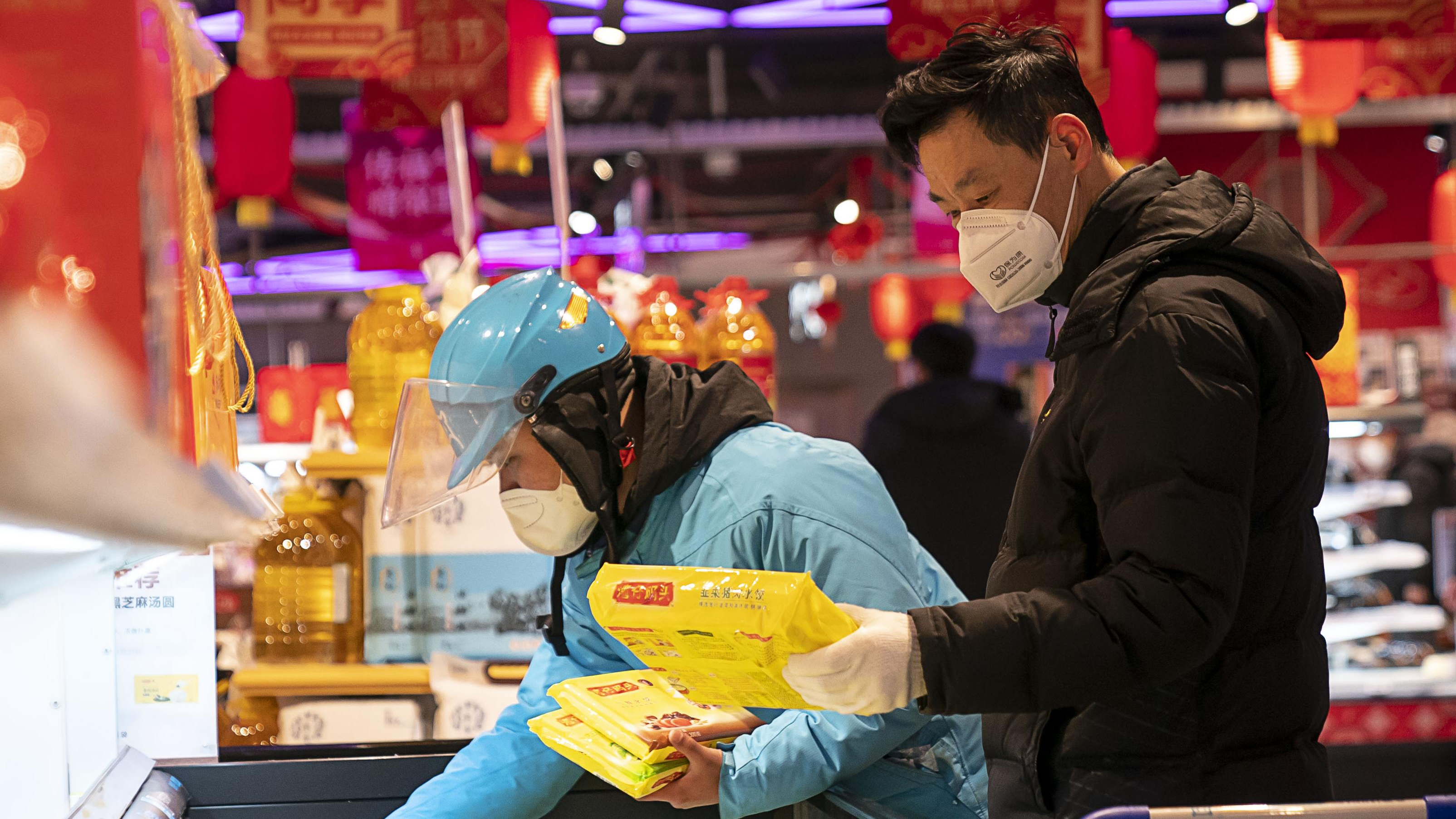 There has been an eruption of gallows humor among the hundreds of millions of Chinese people confined to their own homes as part of the battle against the novel coronavirus pneumonia epidemic.

As people at home cheer on the heroic medical workers and others on the front lines risking their lives to keep people around the world safe, those stuck at home are battling to keep from going crazy.

Everyone is sharing photos on social media of themselves struggling to stay sane after weeks of being stuck at home. One man has taken up fishing, in his living room aquarium. Another ran 30 kilometers on the spot in his bedroom, and live-streamed the whole thing. If that wasn't enough, he claimed to run 66 kilometers in a circle in his tiny living room.

Chinese teachers are offering free introductory classes, hoping to win new clients from foreigners stuck at home who previously had no time to study.

Some people are building giant structures with mahjong tiles, while others are playing mahjong, betting with hard-to-obtain face masks instead of money.

One clever baker made small cakes in the shape of face masks. Someone else with the munchies carved a container resembling a pack of McDonald’s french fries from an apple, and stuffed it with apple sticks.

Generally speaking, delivery services have been working throughout the quarantine period, and I have been keeping occupied by sending delicious food to my wife's parents, including organic strawberries and ingredients for Italian food. My father-in-law’s pizza prowess is growing, and I noticed he is posting photos of the delicious looking pies he made to show off to his friends.

My father-in-law has also attached a bone to a string, and pulls it away just before his dog pounces.

In a way, being stuck indoors all day is kind of what it is like to be a city dog, although dogs generally get a couple of walks. Recently, in some parts of the country, only one person is allowed out of the house, once every other day, to get groceries.

It is often the man of the household who does this, and much revelry has been made out of their efforts to fulfill the shopping lists they have been given. Apparently, men don't know how to distinguish a good onion from a rotten one, the nuanced differences between some types of feminine products, or even how to follow instructions properly. More than a few men used half the money they were given to buy some things on the list, and the rest for beer and snacks, which were not on the list. Nine months from now, there will almost certainly be a surge in births. Some of the expat’s children may get names like Carina (for girls) and Cory (for boys). But my question is, we often hear about mini baby booms in such situations, but how about breakup booms.

I feel sorry for people cooped up at home with small children. But I am even more sorry for people cooped up at home with a musician or singer. There have already been a number of inspirational songs about people working on the front lines. The title "Jia You Wuhan!" or "Go Wuhan!" has been taken, so songwriters are desperately seeking new angles, such as "Face Mask Blues," "I Love You Most When You Stay Out Of The Living Room" and "Shake It Deliveryman, Shake That Thing."

Despite the heroic deaths of many medical workers on the front lines and unfortunate loss of more than 2,000 people, it appears the virus is not as deadly as it first appeared, and many patients with mild symptoms can recover at home without being hospitalized. The elderly and those with prior medical conditions are at grave risk from the virus.

The rest of us probably need to worry more about getting on our significant other's nerves. Many have been confined together for a month now — much longer than most honeymoons. And after four weeks non-stop with their partner, many people are feeling the honeymoon is over.

Some people have been working at home, which on the positive side might show employers how practical and efficient that arrangement can really be. On the flip side, employers could discover how little difference it has made to the company with you not being around.

A grave situation like this epidemic makes us wonder what life is all about. When we break out of our normal routine, and finally have some space to think about things, what really matters? I would not be surprised if many people quit their jobs after this is all over, and look for something more meaningful. Perhaps inspired by the heroes in Wuhan, they will choose to do a job that serves or inspires people.

More importantly, when things are truly uncertain, and times are tough, should you react with fear and anxiety?

Many Chinese people have shown that the most helpful response can be a joke or a smile, showing confidence that this will all pass, and in the meantime we are all in it together.