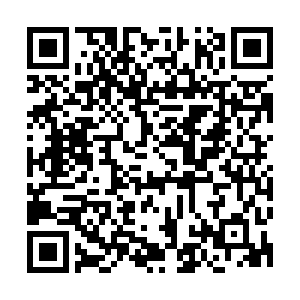 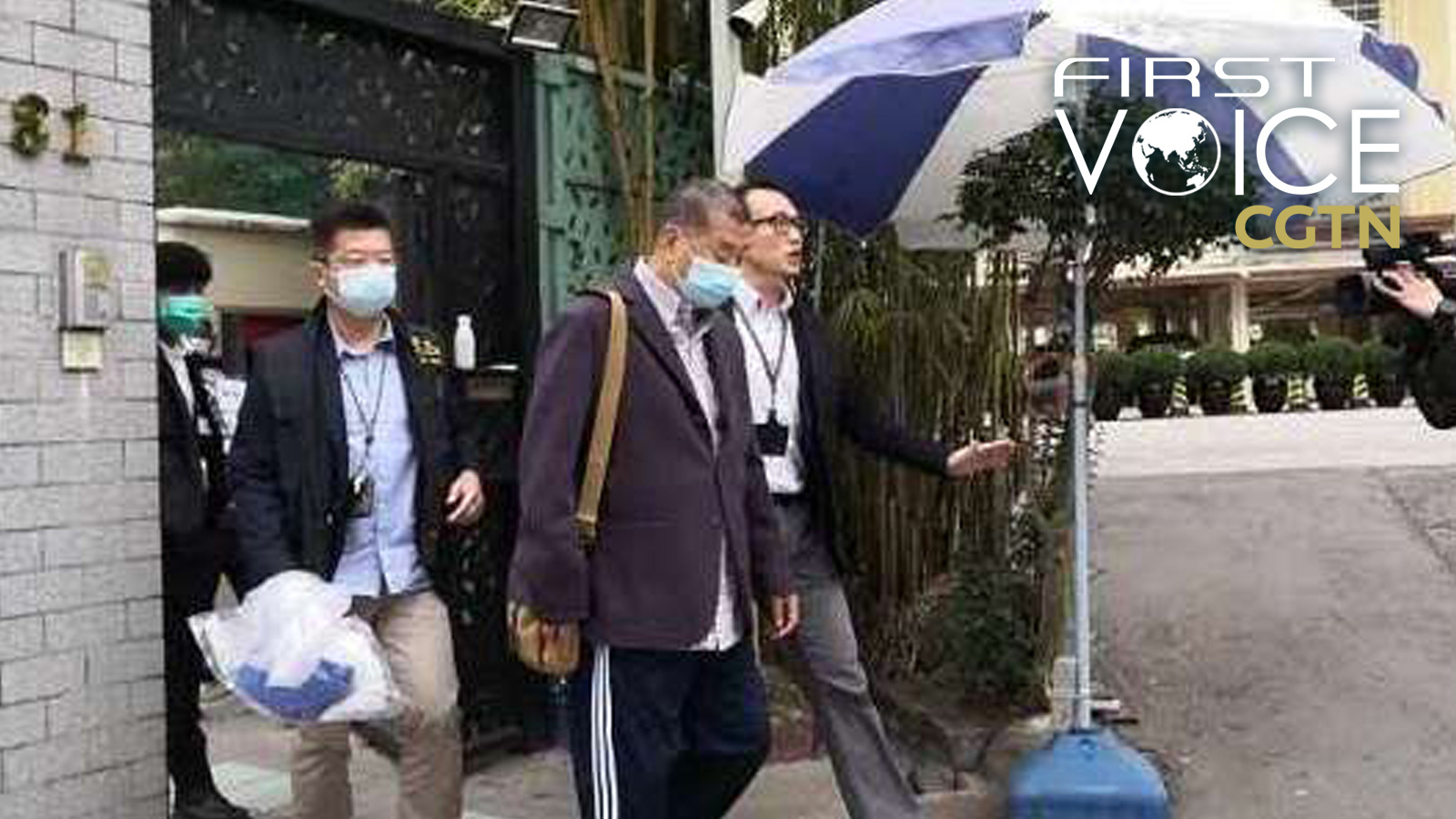 Jimmy Lai Chee-ying, founder of Apple Daily and media group Next Digital, was arrested on Friday morning for illegal assembly and allegedly intimidating a journalist in June 2017, according to Hong Kong media reports. Although he was later released on bail in the afternoon, it shows that the Hong Kong Special Administrative Region (HKSAR) government will not tolerate any provocation of violence at the expense of the people of Hong Kong.

Jimmy Lai, widely known as one of Hong Kong's "Gang of Four," incited an unlawful march against the government, causing severe damage to Hong Kong's peace and prosperity during months-long anti-government riots that were sparked in June due to a now-withdrawn fugitive bill.

He is widely seen by many as a political tool for foreign forces to fight against China. In July 2019, he met with U.S. Vice President Mike Pence and Secretary of State Mike Pompeo amid violent Hong Kong riots.

He spoke to Bloomberg News to spread fears, saying "China would have little choice but to intervene using forces" which tries to parallel HKSAR's status with that of China and demonize the measures to stabilize the chaotic situation in Hong Kong.

Tang Dynasty poet Du Fu once wrote: "Before a horseman, shoot his horse; capture the chief to beat his force." This means, only by capturing the ringleaders of Hong Kong riots can final peace in the city be eventually ensured.

As the investigation goes on, more evidence have emerged that violent Hong Kong riots were plotted together by both foreign forces and their puppets in Hong Kong.

Dr. Michael Parenti, political scientist at Yale University, wrote in his book, "Inventing Reality: The Politics of News Media" published in 1986, that several U.S. mainstream media play the role for the U.S. government and the CIA to exaggerate the reality and magnify the crisis in foreign countries by using several means.

These means include editing news for an intentional purpose, expressing views in an unjust way, abusing the writing styles, and embellishing particular words to disguise reality. As an example, many U.S. and Hong Kong journalists often shape public awareness and attitudes through distortion or suppression of specific information.

His distortion did not stop with the riots last year. It continued into this year's ongoing COVID-19 outbreak. In the infamous Wall Street Journal, Lai wrote an article titled "China's Facade of Stability" to denounce efforts made by the Chinese government in battling against the COVID-19 on February 19. 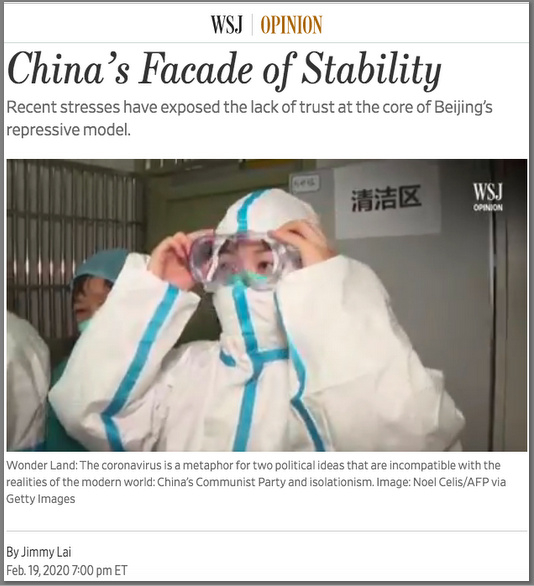 This shows the true intentions of not only Lai himself, but also the intentions of the Wall Street Journal. If, many Western journalists argue that Walter Russell Mead's article to defame China as "the Sick Man of Asia" was of nothing but cultural differences, then what would they say on Lai's article to vilify the Chinese government amid a worldwide epidemic like COVID-19?

This is not simply prejudice or arrogance, but rather an intentional plot. Dr. Parenti revealed in another book, "To Kill a Nation" published in 2002, the decades-long disinformation campaign waged by Western leaders and NATO officials in their pursuit of free-market "reforms" to kill the nation of former Yugoslavia.

Dr. Parenti pointed out, "The U.S. media, as with most of the news media in other Western nations, are not free and independent. They are owned and controlled by largely conservative corporate cartels. The goal is to transform the world into a global economy under the tutelage of the transnational corporations, backed by the unanswerable imperial might of the United States and its allies."

That's how the U.S. media work. They infiltrate into some Hong Kong media, such as the one led by Lai, to run reports that serve only U.S. interests. Chinese media photos have continuously showed how some Hong Kong activists follow the way some U.S. journalists were leading. Other photos show how fake photojournalists during Hong Kong riots only focused their cameras on the police but never on the brutal protesters.

It is for the media editors to identify fake news, but nonetheless, acting as the founder of Apple Daily and media group Next Digital, not only did he neglect fake news but also spread rumors and ignited the not-at-all-peaceful so-called protests on his own media subsidiaries and on U.S. media, violating even the basic ethics to be a media person.

Lai was first arrested in 2014 for his support for Hong Kong's Occupy Central riots. However, he did not show remorse for what he did then and afterwards, so it is not a surprise that he was arrested today again.

Although many of his followers on Twitter expressed shock over his arrest, as a Chinese saying goes, "Monkeys disperse when the tree falls," now as "the tree" of the riots has fallen, sooner or later his followers will break apart. Hong Kong needs stability and the people's lives there should and will go on, and the city will blossom once again by planting new trees of peace and prosperity.