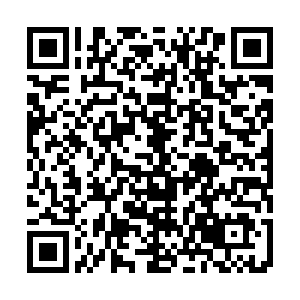 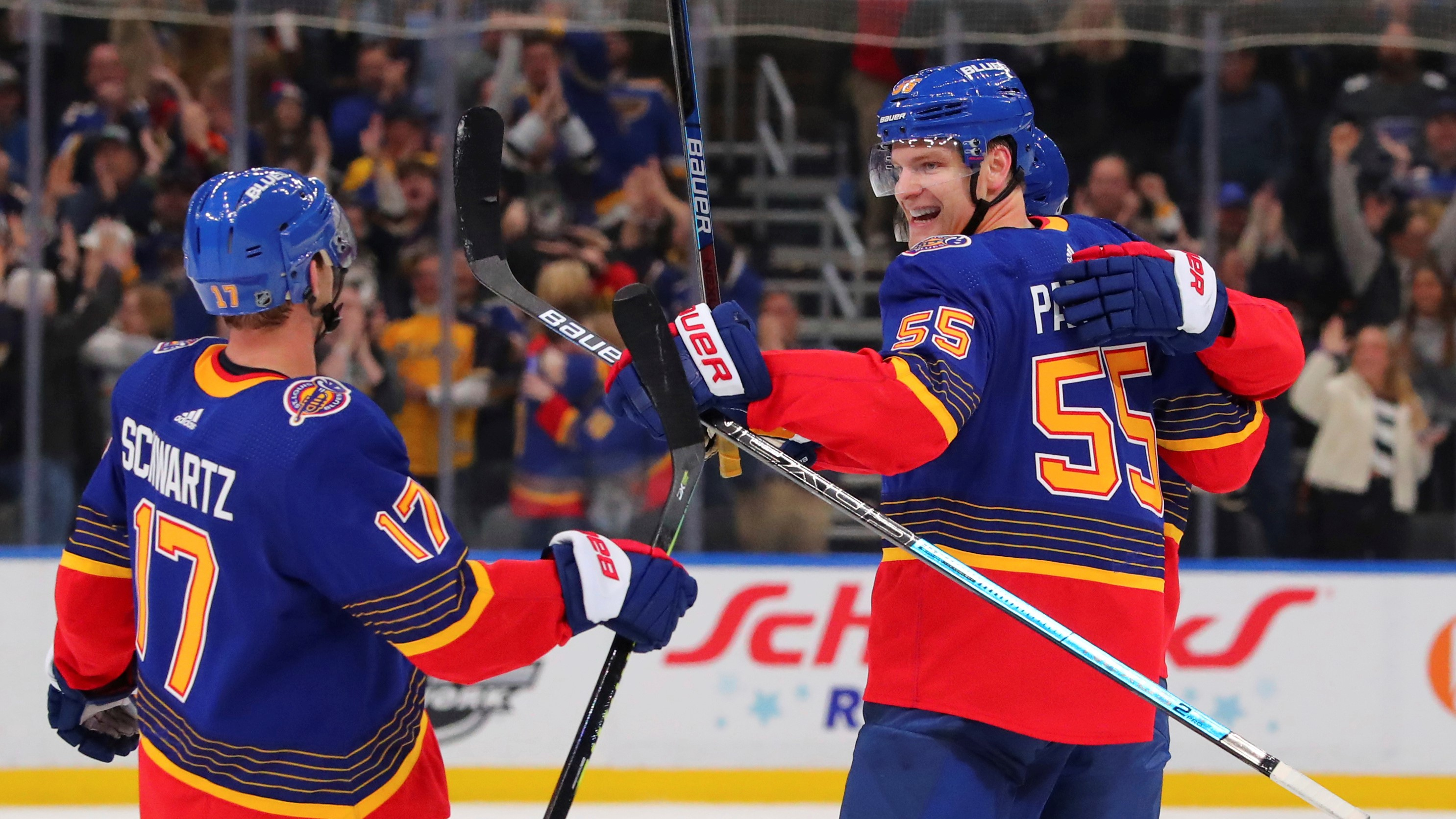 Colton Parayko #55 of the St. Louis Blues celebrates with his teammates after scoring a goal in the NHL game against the New York Islanders at the Enterprise Center in St. Louis, Missouri, February 27, 2020. /AP

Colton Parayko #55 of the St. Louis Blues celebrates with his teammates after scoring a goal in the NHL game against the New York Islanders at the Enterprise Center in St. Louis, Missouri, February 27, 2020. /AP

Colton Parayko scored on an unassisted wraparound at 3:23 of overtime, sending the St. Louis Blues to their sixth consecutive victory with a 3-2 win over the New York Islanders on Thursday night.

"I don't really get that close to the net all the time," Parayko said. "I saw the opportunity I guess and just tried to wrap it. They got a skate on it and kind of went in the corner. It's kind of man-on-man in 3-on-3. Their D-man, I thought he was going to come at me so I kind of held that front, so I just thought it would be a good opportunity to wrap it."

Vince Dunn tied it for St. Louis with 1:44 left in the third period. Brayden Schenn also scored for the defending Stanley Cup champions.

Jean-Gabriel Pageau and Jordan Eberle scored for the Islanders, who are a point behind third-place Philadelphia in the Metropolitan Division and hold a slim lead for the top Eastern Conference wild card. Thomas Greiss stopped 30 shots.

Parayko got the puck at center ice. He tried to make a pass to Schenn and it went off Anthony Beauvillier's skate. Parayko beat him to the puck in the corner and then went behind the net. His shot bounced off Greiss' pad and in for the game-winning goal.

"Yeah, I didn't see that one coming," Schenn said. "Good defensive play by him, get his feet moving, and a wraparound in OT. You don't see that very often, but it went in and a huge goal by him."

St. Louis pulled even on an unassisted slap shot from the top of the slot by Dunn after the Islanders failed to clear the puck. It was Dunn's first goal since Jan. 11, a span of 19 games.

"It wasn't anything special. (Zach) Sanford had a nice screen on the goalie," Dunn said. "(It's) pretty hard for the goalie to react that quick to the shot. I honestly didn't know it went in until I saw everyone celebrating. It's great for me, but it's also great for the team."

"He's a great player. He does a lot of good stuff for us," Berube said. "He's a dynamic player with the puck."

The Islanders led 2-1 after the first period.

Pageau scored on a one-timer from the right circle at 8:20. The power-play goal came after he took a pass from Mathew Barzal. It was Pageau's 26th goal of the season and second in two games since New York acquired him from Ottawa at Monday's trade deadline. He has five goals and eight points in his last six games.

New York went ahead 2-0 at 16:34. A wide-open Eberle skated in and beat Binnington with a backhand for his fifth goal in the last four games. Blues defenseman Alex Pietrangelo gave up the puck near mid-ice and Anders Lee got it. He passed to Barzal, who fed Eberle rushing in on the right side.

"I think we got on our heels a bit," Eberle said. "We lost some battles and they're a good team. I guess you can say you got a point, but this late in the season you want to try and get two. You take the one, but some things to correct, obviously."

St. Louis cut it to 2-1 on a slap shot by Schenn at 19:05. It was his 23rd goal of the season, good for second on the team. Ryan O'Reilly made a cross-ice pass to Schenn, who was in the right circle. It was Schenn's third goal in his last three games after scoring three times in the previous 24.

The Islanders were outshot 23-5 after the first period.