Reporter's diary: Life in Beijing amid coronavirus
By Justina Crabtree 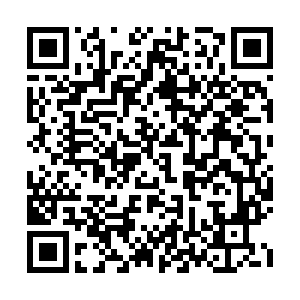 Empty restaurants, silent roads: For many living and working in Beijing including myself, the rise of the novel coronavirus epidemic that has killed over 2,700 people in recent weeks has meant an unprecedented interruption to the fast-paced rhythm of life in China's capital city.

This week, life in Beijing has been quietly stirring, after the swift top-down implementation last month of measures to stop the spread of the disease changed everything in just a few days.

The most noticeable change has been the extent to which shops, bars, restaurants and other establishments have closed.

Beijing is filled with a seemingly infinite number of cheap food outlets, but many have shut their doors – voluntarily or otherwise – in order to prevent coronavirus' spread. Gui Jie, a long, typically buzzing street in my central neighborhood, is flanked on both sides by a string of brightly lit restaurants, many of which are so popular that patient diners often sit on stools on the pavement outside to wait for a table. These restaurants are now unsettlingly dark, each bearing a notice explaining why it is closed for business. 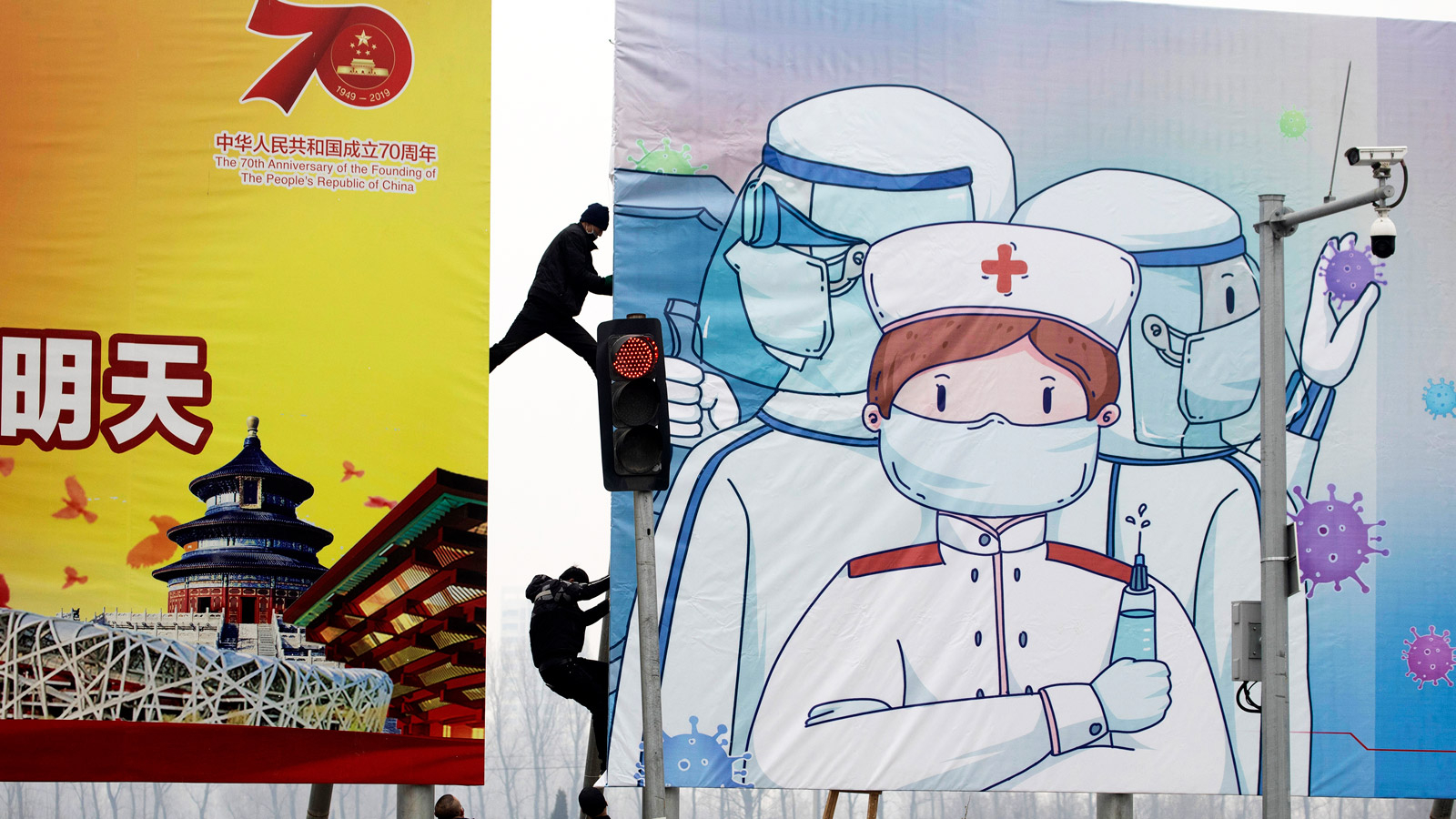 The Chinese entrepreneurial spirit remains, however. I've walked past restaurants selling raw ingredients in their entrance ways, all the while being closed to dine-in customers.

Ordering food via a delivery service such as Tencent-backed Mei Tuan, whose yellow-liveried drivers and electric delivery bikes are ubiquitous in Beijing, has been trickier due to restaurant closures. Nonetheless, some establishments have embraced the lifestyle change of their staff and customers. One favorite now includes a free surgical mask inside each of its takeaway bags, a hygiene-conscious interpretation of a McDonald's Happy Meal gift. Another is handing out red rubber bracelets emblazoned with the slogan "China – be strong!" with its deliveries.

Beijing's small business owners have also made innovative use of the mobile payment technologies that dominate and facilitate life in the city. I've noticed a number of convenience stores implement no-contact shopping. Front doors are held open just a crack, or else shopkeepers have barricaded themselves in with stock. Customers call out for what they want and an arm appears from inside to give them their goods – alternatively, they help themselves – and pay by scanning a QR code by the door on their smartphone. 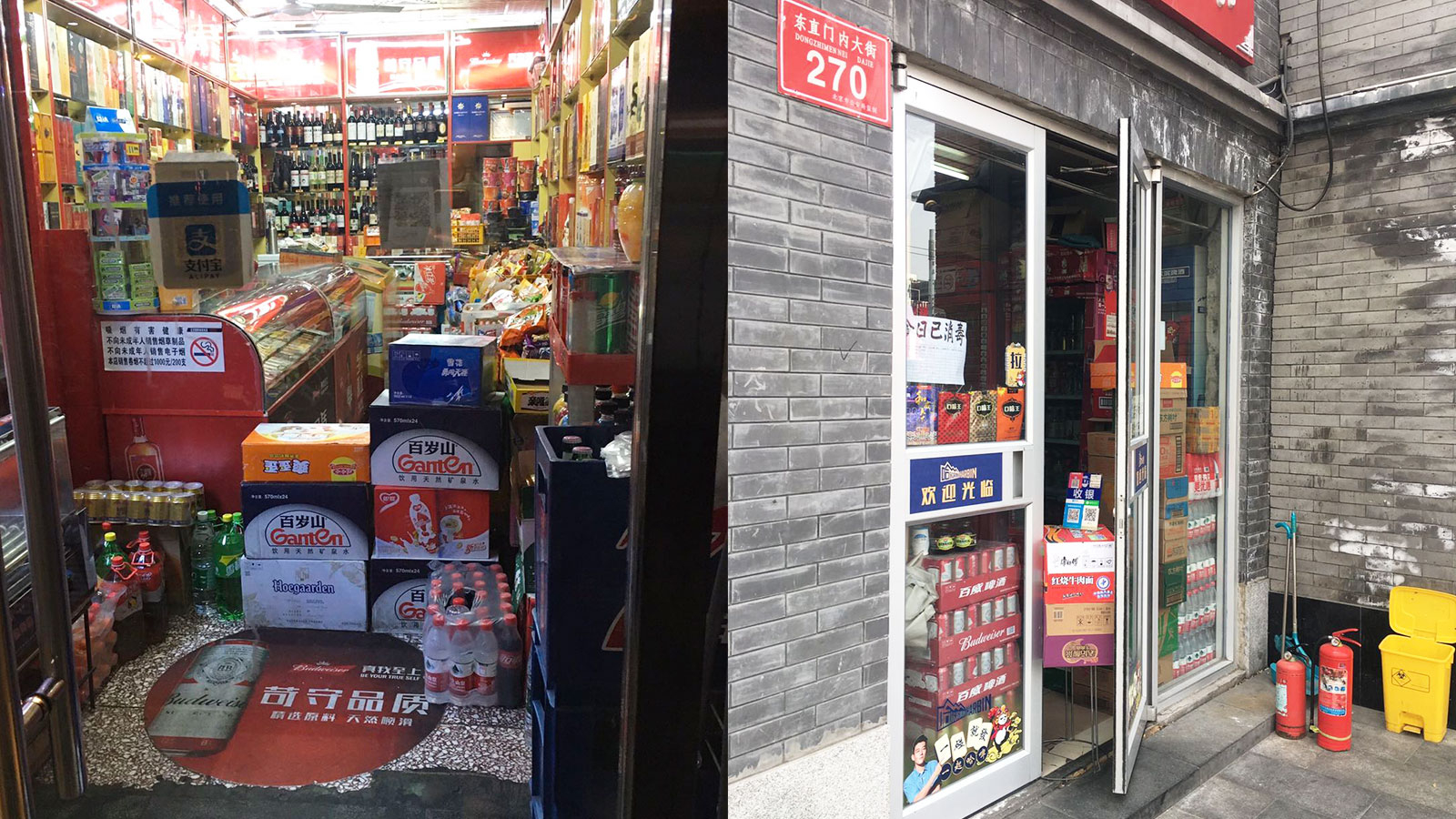 In arguably another common-sense attempt to limit human contact, I've taken DiDis (China's version of Uber) in which a clear plastic sheet has been put up between the front and back seats to help prevent the driver from getting sick.

Often I can barely see people's faces anyway. Beijing's bitterly cold winter, and the additional threat posed by coronavirus, have meant that everyone has been doubly bundled up to protect against both freezing temperatures and infection. Plastic goggles and visors have been worn by some. Personally, I dislike wearing my mask when speaking to others, for example at work, as I think that it impacts my ability to communicate.

Quarantine measures have meant that much of Beijing's workforce has been housebound. For me, this has led to increased neighborliness. During a day spent working from home, I typically hear the regular pings of WeChat browser notifications through one wall from the neighbor to my left; while simultaneously listening to the English teacher who lives to my right through the other, animatedly reading a story as he teaches online. 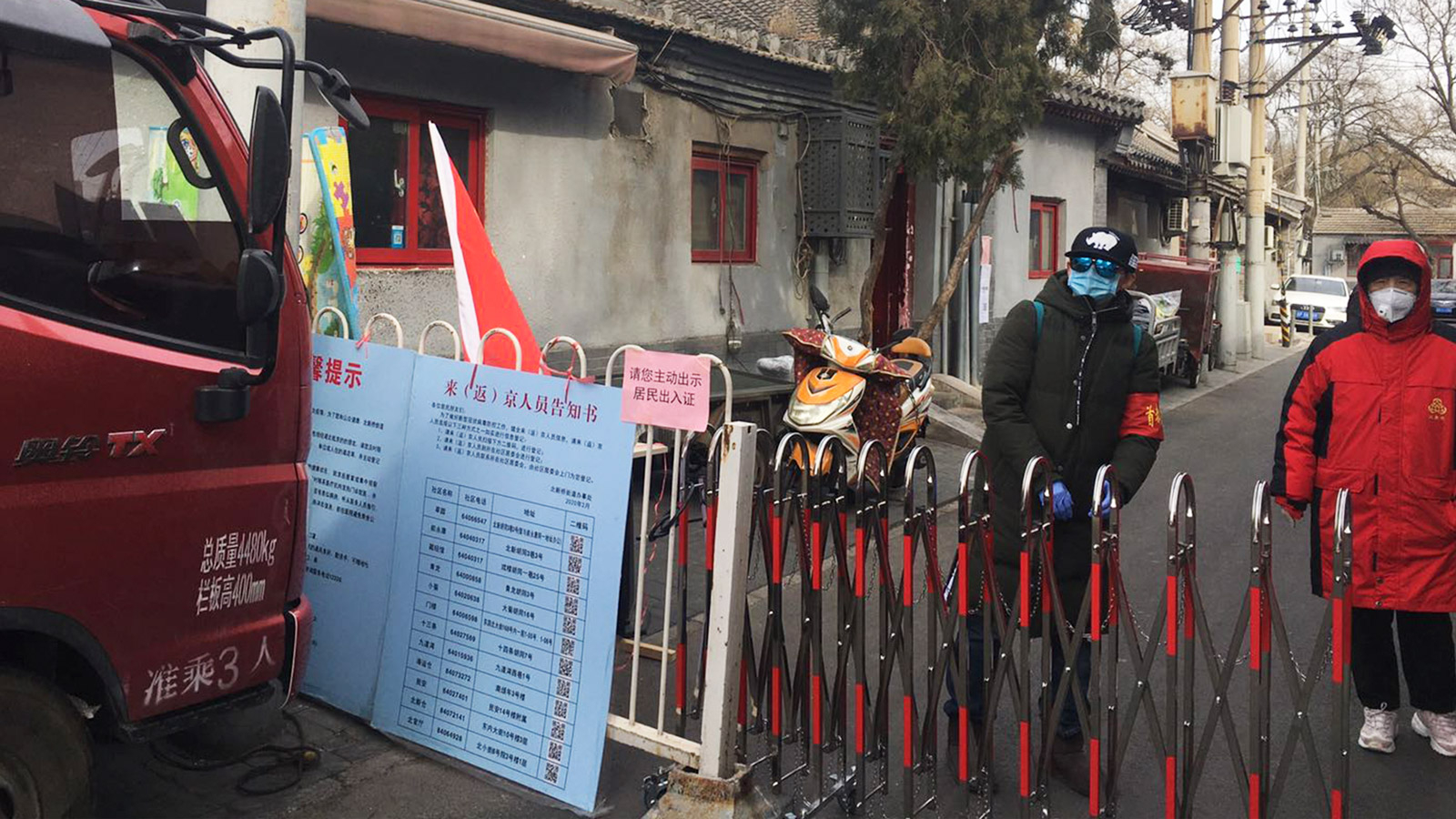 We've all seen more of each other, and socialized more, since the Spring Festival holiday in January when novel coronavirus prevention measures first kicked in. I've found the camaraderie of us all making do, living in a row and working from home, reassuring.

This is useful given that everyone I've spoken to has been living with background health anxiety. I'm no different. A cough, not uncommon if Beijing's air quality is poor, makes everyone worry. We are all hyper-aware of anything mildly unusual in terms of our physical health, even if it has nothing to do with the virus' known symptoms. While this is irrational, I recently watched a team of paramedics in hazmat suits carrying a stretcher down my street: Triggers are easy to find.

A different kind of data collection

The street I live on, one of Beijing's traditional, single-story hutongs, has been barricaded at every entrance. Community workers at each gate check the temperature of anyone who wants to enter. In a community center nearby, I registered my details to receive a card proving that I am a local resident, and so can access the area without having to write my name, address, phone number and temperature on a form every time I want to get to my home. 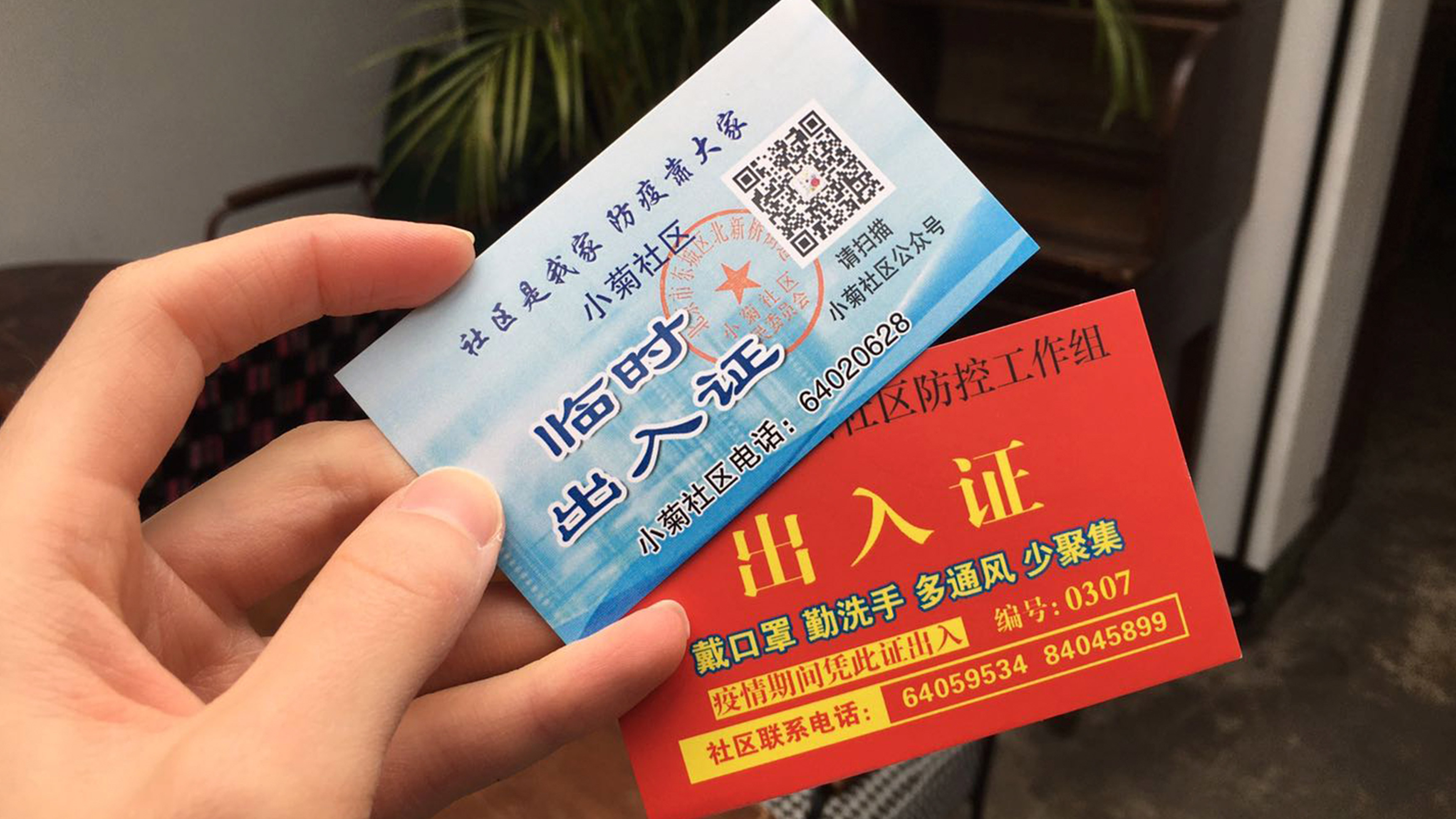 A new entry card system has been implemented in some of Beijing's hutongs. Justina Crabtree/CGTN

A new entry card system has been implemented in some of Beijing's hutongs. Justina Crabtree/CGTN

Enthusiasm for temperature checking has grown during the epidemic. In its first few days, these became routine at metro station entrances, while heat-sensitive cameras were installed by the turnstiles at my office. Now, my temperature is scanned at doorways of shopping malls as well as the individual shops inside. Cafes require a temperature check before I can order and I must write this, along with my name, phone number and time of entry, down on a form.

Beijing's metro system is routinely heaving with people as expected in a city of over 20 million. "All hours are peak hours," my mother declared when she last visited. But now I regularly have an entire row of seats to myself.

Gyms have been closed for over a month. I've been trying to walk 10,000 steps a day, while some of my friends have newly downloaded workout apps to use at home. My Chinese teacher told me about a joke going around: Once the quarantine period is over, everyone will be several pounds heavier. 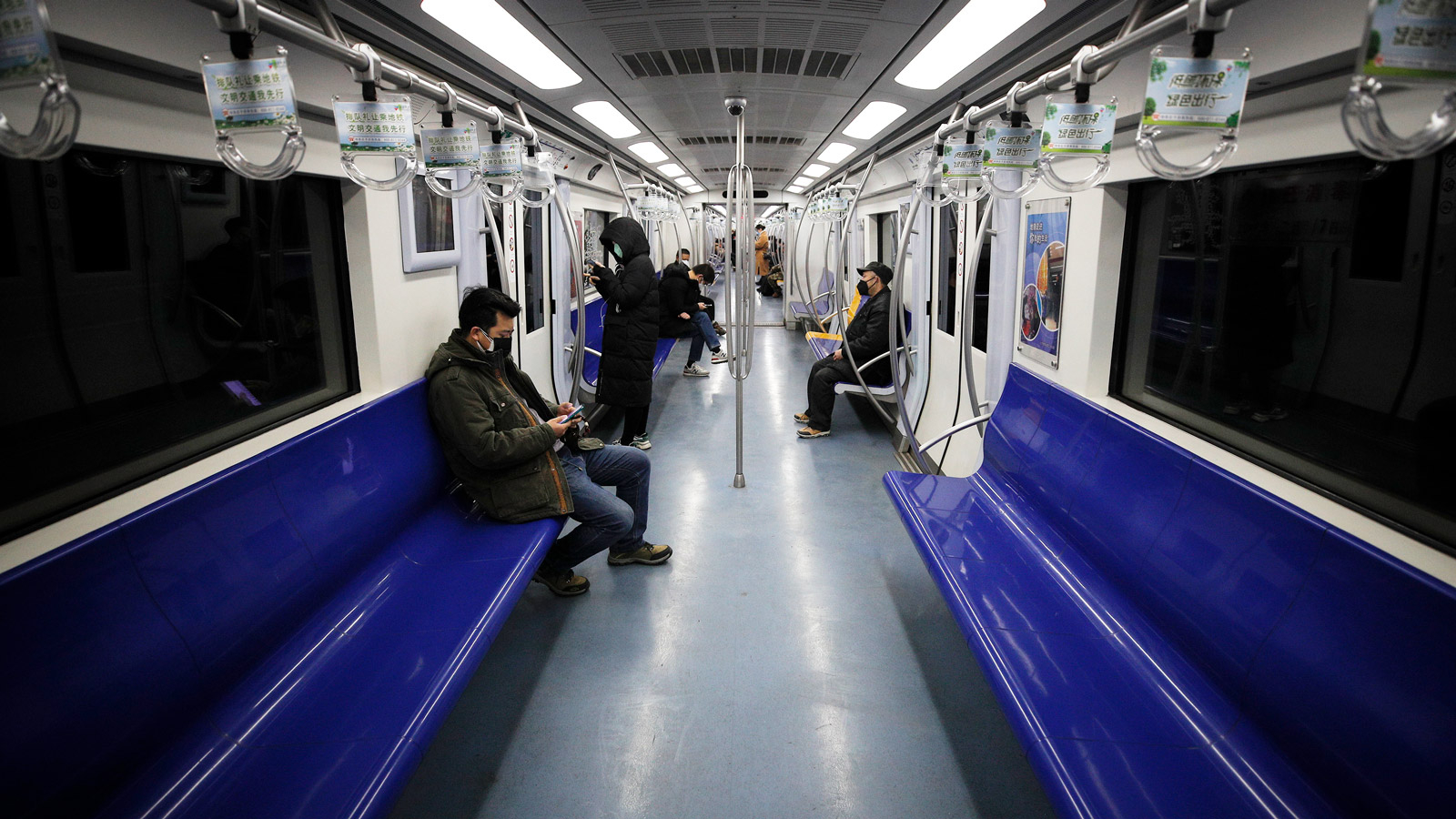 Socializing also happens much less. Some friends have been afraid to leave home; "I'm so bored," one messaged me via WeChat. Being among the few diners in a restaurant, part of which may be barricaded off with chairs, is the new normal. A group meal at a friend's house recently felt like a meeting of a secret enclave, though we were all desperate to let off some steam. I've also had speculative conversations as to whether or not there will be a post-coronavirus baby boom in nine months' time.

The strangest part of the whole experience has been living without the mundane things that are a noticeable part of the fabric of daily life. I was impressed to see that one friend had gotten his hair cut, no mean feat given that until this week, all barbershops that I'd seen were closed. A friend in another country messaged me to apologize for being late to call one evening as she'd been stuck in a traffic jam – only for me to realize that I'd not seen one, normally ubiquitous in this city full of cars, for weeks.

(Cover image: A man collects his food order, placed in a basket to prevent human contact during the coronavirus outbreak in Beijing, February 23, 2020. /AP)