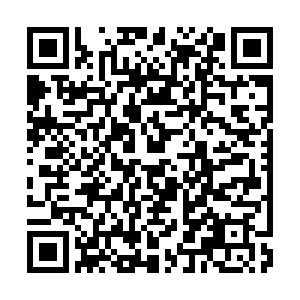 Several global sporting events have been halted to prevent the coronavirus from spreading further as more COVID-19 cases have been reported outside than inside China.

Here is a list of the latest sports events hit by the coronavirus outbreak: 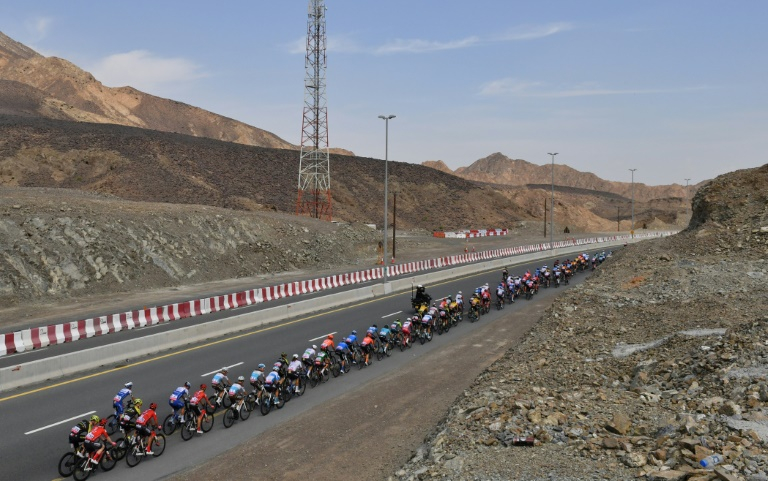 The second stage of the cycling UAE Tour is a 168 km ride from Hatta to Hatta Dam, UAE, February 24. /AFP

The second stage of the cycling UAE Tour is a 168 km ride from Hatta to Hatta Dam, UAE, February 24. /AFP

The ongoing cycling UAE Tour has been abandoned on Thursday after two Italian cyclists tested positive for the coronavirus, officials said, with teams and riders reported to be under lockdown in their hotels.

"The remaining stages of the UAE Tour are cancelled after two cyclists from Italy tested positive for the new coronavirus," said the Abu Dhabi Sports Council in a statement.

Organizers said that all the participants in the race, which started on February 23 and had been due to finish on February 29, will be tested for the virus which hit Italy hardest in Europe.

"The decision has been taken to ensure protection of all the race's participants." 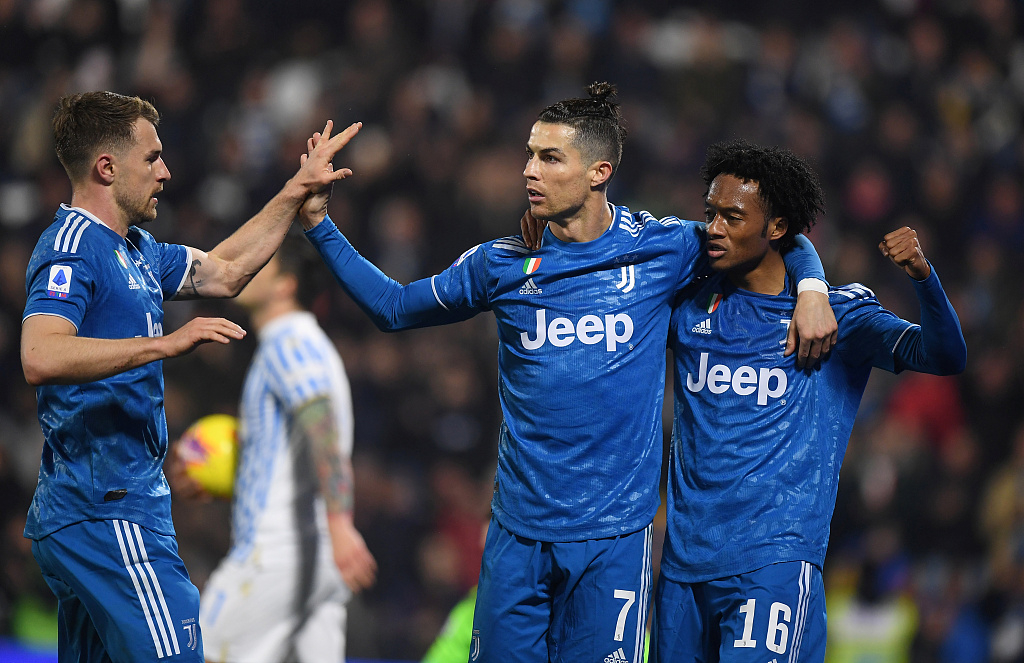 Cristiano Ronaldo (C) and teammates of Juventus celebrate their 2-1 victory over Spal during a Serie A match in Ferrara, Italy, February 22, 2020. /VCG

Cristiano Ronaldo (C) and teammates of Juventus celebrate their 2-1 victory over Spal during a Serie A match in Ferrara, Italy, February 22, 2020. /VCG

Italy's Serie A football league has confirmed that five matches will be played behind closed doors over the weekend because of the coronavirus outbreak in the country, including the clash between leaders Juventus and third place Inter Milan on Sunday.

Italy is Europe's worst-hit country, with 17 deaths from the virus and 650 infections. The outbreak is focused on a small cluster of towns in the northern Lombardy and Veneto regions.

The Italian government banned all sporting events in six regions of the country on Monday including Piedmont where Juventus' home city of Turin is located.

Serie A said in a statement on Thursday that the other games to be played in empty stadiums would be Udinese-Fiorentina, AC Milan-Genoa, Parma-Spal and Sassuolo-Brescia.

It also laid down guidelines for who would be allowed into stadiums.

Only media working for broadcasting rights holders would be able to attend and there would be no news conferences.

A maximum of 100 people "connected directly with the organization of the match" would be given access plus match delegates, anti-doping staff, stewards and security officials. 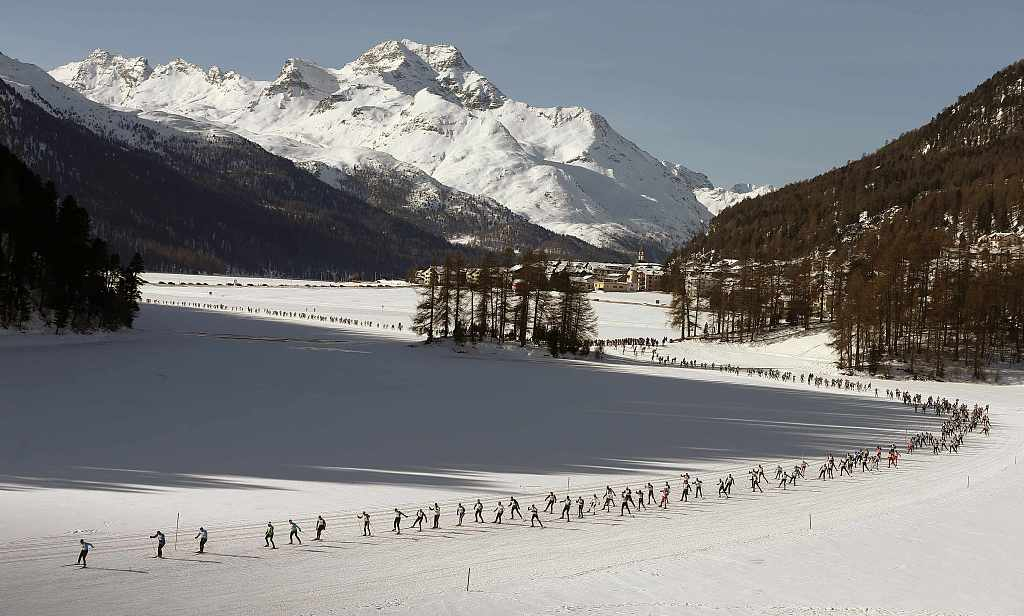 The annual Engadin ski marathon, one of the world's largest cross-country skiing events with around 14,000 participants, has been cancelled because of concerns over the coronavirus outbreak, organizers said on Thursday.

Switzerland confirmed three new cases on Thursday, taking the total to four, including a couple in the canton of Grisons where the 42-kilometer race was due to take place on March 8.

It is only the second time in its 51-year history that the race, Switzerland's largest mass sporting event, has been cancelled. The 1991 event was called off because of warm weather.

"We very much regret that we have to cancel the Engadin Marathon but health of runners, helpers and the population naturally comes first," said Menduri Kasper, the Engadin Skimarathon chief executive. 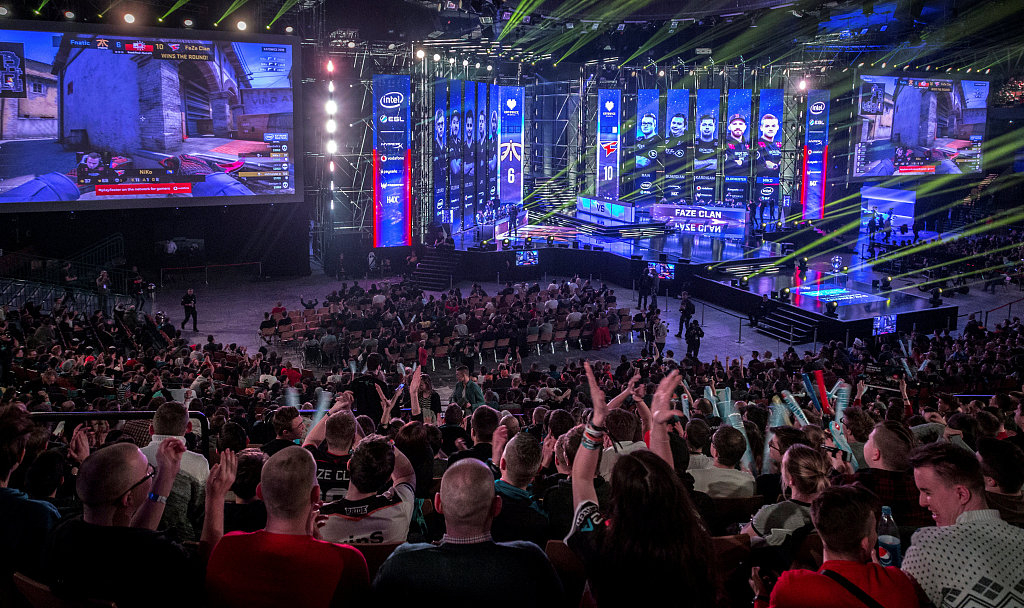 No audience at Polish E-sport event

The finals of the computer games world cup in Poland will take place from February 28 to March 1 without an audience on site after the regional governor decided to revoke its permit due to coronavirus fears.

Intel Extreme Masters attracts thousands of people to the southern Polish city of Katowice every year.

The decision came at a time when there are no confirmed cases of the virus in Poland.

Organizers plan to comply with regional governor's decision and all ticket payments will be reimbursed, a statement published on their website said.