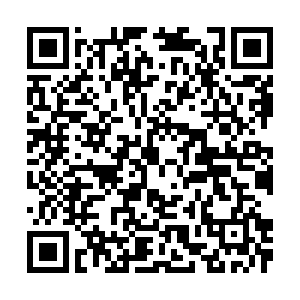 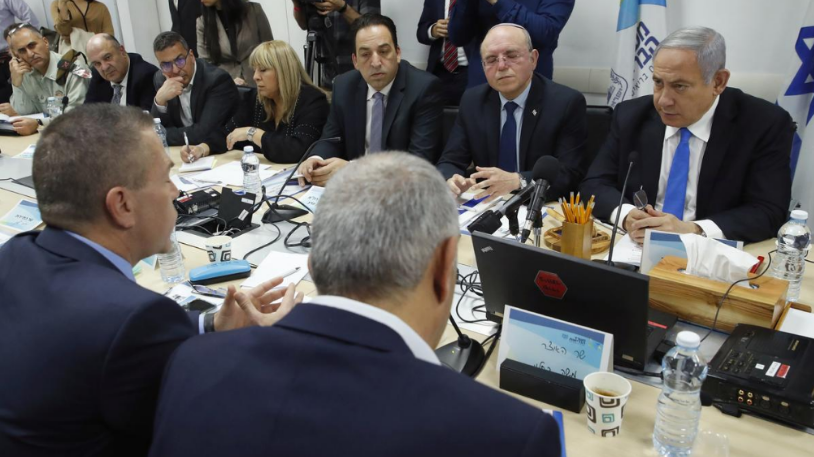 According to an opinion poll published on Thursday by Israel's public broadcaster Kan, Israeli Prime Minister Benjamin Netanyahu's Likud party is projected to win 35 seats, while the Blue and White party led by Benny Gantz, Netanyahu's chief contender, follows behind with 34 seats.

The result is very similar to another survey published on Monday. The 35 seats combined with the seats gained by the parties expected to join a Netanyahu right-wing coalition will amount to 58, a solid boost over previous polls, but it still falls short of a majority in the 120-seat parliament.

Although Netanyahu is now shuttling between the PM's office and the court as he is facing three corruption charges, a significant plurality of respondents thought he is the best fit for prime minister. Some have also attributed Likud's advances in the last two polls to Netanyahu's decisive action as well as his commanding role in controlling the spread of coronavirus. Observers have noted that Netanyahu has seized the initiative from the moment that the spread of the COVID-19 was still limited to Wuhan, the epicenter of coronavirus, by positioning himself at the center while pushing the health minister to the sidelines. It is also certainly a great distraction to the criminal trial he is facing, they added.

Currently, three Israelis inside the country have tested positive for COVID-19. But fears of a further spread of the virus erupted across Israel last Sunday when a group of South Korean nationals who had visited the country's most popular religious and tourist sites tested positive for the disease upon their return to their home country and on Thursday a man who had recently returned from Italy was confirmed a patient. 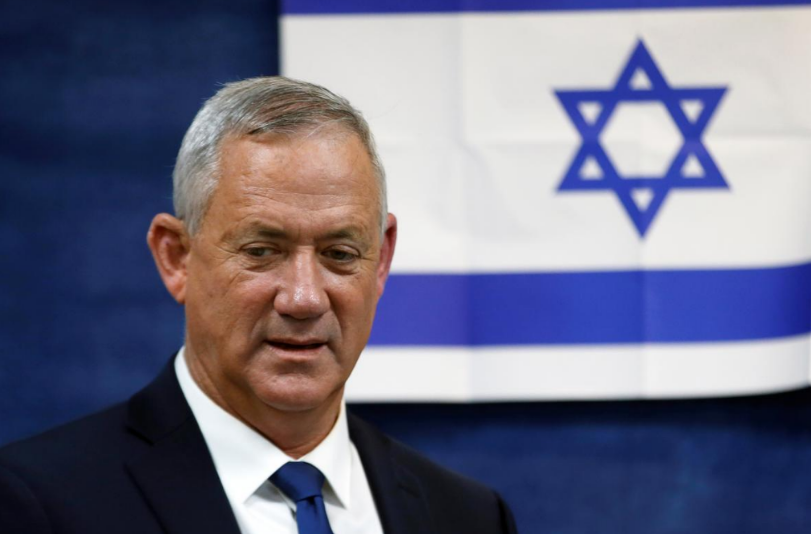 Leader of the Blue and White party Benny Gantz looks on as he arrives to vote in Israel's parliamentary election at a polling station in Rosh Ha'ayin, Israel, September 17, 2019. /Reuters

Leader of the Blue and White party Benny Gantz looks on as he arrives to vote in Israel's parliamentary election at a polling station in Rosh Ha'ayin, Israel, September 17, 2019. /Reuters

As for Gantz's relative losses when compared with previous polls, many believe it was because he leaned too excessively to the right in an attempt to cannibalize Likud voters but only alienated left-wing voters as a result. Some also pointed to reports of a new police investigation launched into a firm of which Gantz was the former head.

Blue and White party members claimed they have been aware of this trend for a while but they believe voter turnout will be the determining factor.

But it now seems increasingly unlikely that the joint list will even support Blue and White, as Gantz has expressed his refusal to rely on Arab parties and announced intentions to annex the Jordan Valley, a move that would tremendously upset Israeli Arabs and discourage Arab parties' support.

The head of the joint list, Ayman Odeh, has also hinted on Wednesday that his slate will not recommend Benny Gantz to form a government after next week's election, reversing what he did after the previous election in September.

The right-wing Yisrael Beiteinu party led by Avigdor Liberman, a political heavyweight considered to be the kingmaker in both previous elections, is predicted to get eight seats. Previously a traditional ally of the Likud party, Liberman is now increasingly uncomfortable with the ultra-orthodox elements within the right-wing coalition, which was one of the main reasons why he decided not to join hands with Netanyahu. Avigdor Lieberman speaks during a news conference after talks with his German counterpart Frank-Walter Steinmeier in Berlin, Germany, June 30, 2014. /Reuters

Avigdor Lieberman speaks during a news conference after talks with his German counterpart Frank-Walter Steinmeier in Berlin, Germany, June 30, 2014. /Reuters

Meanwhile, as a staunch annexation supporter, he also refuses to be included in any government with the presence of left-wing parties. The only scenario in which he would lend his support is a national unity government made up by both Likud and Blue and White, an idea which was also entertained before but didn't come into fruition.

Due to coronavirus fears, voter turnout in next week's election is expected to be much lower and Israeli authorities have taken extraordinary measures to prevent a full-blown outbreak. To assure the situation won't affect the election, Israel's Central Election Committee is setting up special voting stations for citizens exposed to coronavirus. Officials have also warned that false reports could be planted about the epidemic's spread to scare people away from the polls.

"There may be all kinds of elements, including foreign, that may try to interfere in the elections in this way and we have a great interest in stopping this," Netanyahu said this week, indicating deep concerns for its impact on the elections.

In spite of its effects on voter turnout, some have suggested coronavirus fears in the country could give rise to nasty tactics employed by either electoral camp to disrupt its rival's electoral performance. In what is called a targeted fear campaign, the adversary can spread rumors about virus infections in a designated community so that voters from that community would be scared away from ballots on election day. Gantz and his party members have already suspected that Likud was responsible for planting fake news about infections on social media to suppress Gantz's constituency.

Next week's election will be the third election since early 2019. Both elections held last year were unable to produce a coalition government that requires majority support in the Knesset.