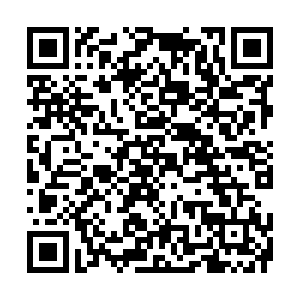 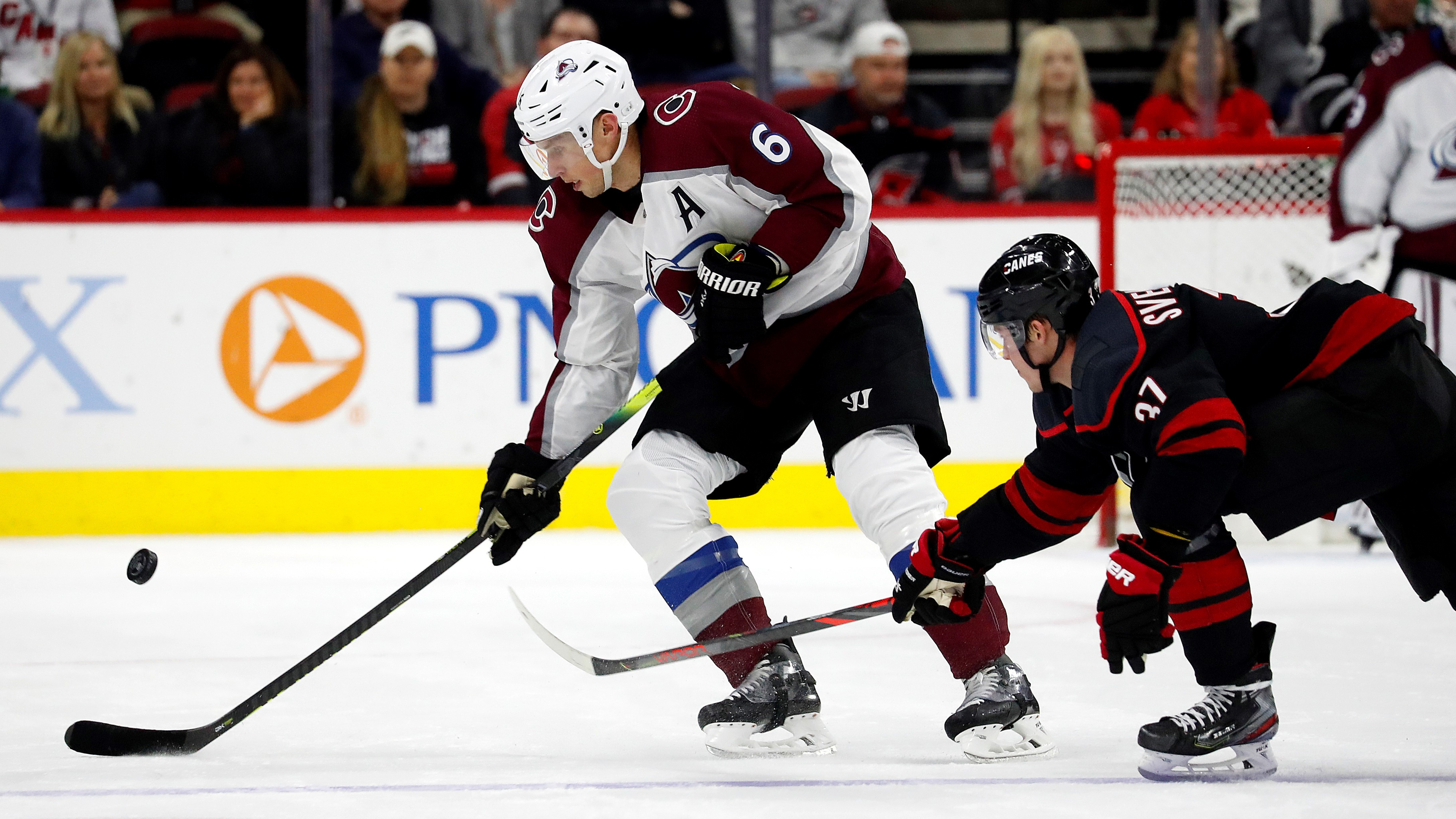 Erik Johnson #6 of the Colorado Avalanche controls the puck in front of Andrei Svechnikov #37 of the Carolina Hurricanes in the game at the PNC Arena in Raleigh, North Carolina, February 28, 2020. /AP

Erik Johnson #6 of the Colorado Avalanche controls the puck in front of Andrei Svechnikov #37 of the Carolina Hurricanes in the game at the PNC Arena in Raleigh, North Carolina, February 28, 2020. /AP

Samuel Girard scored a tie-breaking goal with 2:37 left in the third period and Tyson Jost scored twice as the Colorado Avalanche extended their winning streak to five games with a 3-2 win over the Carolina Hurricanes on Friday night.

Girard took a cross-ice pass from Gabriel Landeskog and lifted a shot high into the net to break a 2-2 tie. The Avalanche won after allowing Carolina to rally from a 2-0 deficit.

Jost broke a 36-game scoring drought with his sixth and seventh goals of the season as Colorado won its seventh consecutive road game, matching the longest road winning streak in franchise history.

"I look at games like that and I've got mixed feelings, because it's not perfect and it's certainly not pretty," said Avalanche coach Jared Bednar, who celebrated his 48th birthday with a win. "But we're finding a way to get results against desperate opponents, and there's something to be said about that, sticking with it and being able to come up big at certain points in the game."

Carolina got two goals from Teuvo Teravainen in the third period to tie the score, but fell for the second straight game to a top team from the Western Conference. The Hurricanes, who are in a tight competition for a playoff spot in the Eastern Conference, lost 4-1 at home to the Dallas Stars on Tuesday.

Goalie Anton Forsberg, who was recalled from Charlotte of the American Hockey League after Petr Mrazek and James Reimer were injured Saturday in Toronto, made 29 saves for the Hurricanes on a night when coach Rod Brind'Amour was pleased with the effort, if not the final score after Girard got loose on the back side of the defense for the game winner.

"I thought it was great," Brind'Amour said. "Other than the result and the last gaffe that we had at the end, I thought it was a great game. We were playing a great team."

Jost, a fourth-line winger who was the No. 10 pick overall in the 2016 NHL draft by the Avalanche, capitalized on an opportunity in the first period that arose when Carolina defenseman Jake Gardiner stumbled and lost the puck at the Hurricanes' blue line.

After taking possession of the loose puck, Jost skated in on a 2-on-1 break and fired a shot high into the net behind Forsberg. Jost scored again in the second period when the Hurricanes struggled to clear the puck out of their own zone.

Defenseman Cale Makar corralled the puck inside the blue line and passed to Jost in front of the net, where he redirected the puck between Forsberg's legs and into the goal. Makar, who entered the game ranked second among NHL first-year players in points, holds franchise rookie defenseman records with 46 points, 12 goals and 34 assists.

"I liked our start," Bednar said. "I thought we were skating, we were on pucks, and the entire first period we were buzzing. I thought that things shifted to their favor, at one point they had a 19-1 shot run and they were winning the races, winning the battles, and we were getting some good goaltending."

After Francouz frustrated the Hurricanes for more than two periods, Teravainen finally broke through 5:54 into the third on a bad bounce off one of Francouz's own players. Teravainen shot from a bad-angle, but the puck deflected off defenseman Ian Cole's stick and into the net as he jostled for position with Svechnikov.

Teravainen struck again shortly afterward, tying the score at 2-all. A pass from Jaccob Slavin sent Teravainen in on a breakaway, and he shot the puck between Francouz's legs and into the net.

"We were down a couple goals, so we had to keep shooting the pucks and be around the net," Teravainen said. "That's what we did. We got a couple goals and got it back. And it's just tough to lose that way."

Francouz continued his recent stellar play in goal. Francouz had stopped 94.1 percent of the shots he faced over the previous four games with a 1.46 goals-against average, and he made it a difficult night for the Hurricanes' shooters.

Francouz's best stop came in the first period when he used his glove to deny Nino Niederreiter after a cross-ice pass. Francouz also benefited from some fortunate breaks as Jordan Martinook and Andrei Svechnikov had shots go off the post in the first period, and Sebastian Aho rattled another shot off the post during a third-period power play.

"Their first goal was pretty lucky," Francouz said, "but to be honest I feel like they deserved such a goal because we were pretty lucky before that. That's how it is in this game."

Other results on Friday (home teams in bold):