In The Spotlight: Elizabeth Warren, Amy Klobuchar - Fighters with a plan
By Sim Sim Wissgott 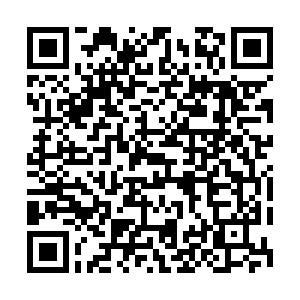 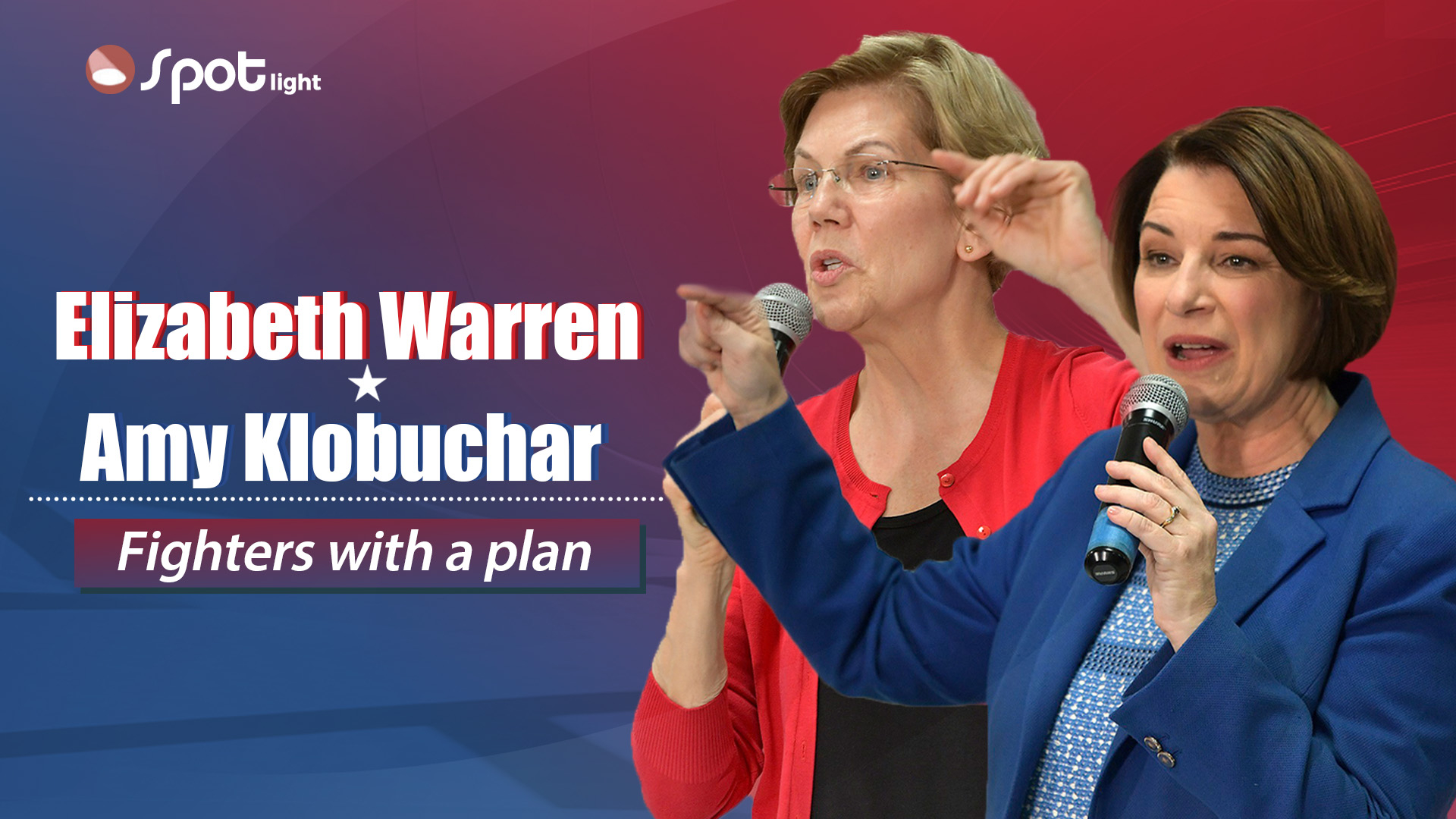 One is a progressive, the other a moderate. Both are U.S. senators with a background in law. And they are the last two viable women standing. Meet Elizabeth Warren and Amy Klobuchar, candidates for the Democratic presidential nomination.

When the New York Times' editorial board made the surprise announcement last month that it was endorsing Warren and Klobuchar as "the Democrats' best choices for president," instead of just one candidate, it described them as the strongest representatives of their party's two competing wings: progressives and moderates. "May the best woman win," it concluded.

More than just token female candidates in the Democratic race, they have both stood out for their determination, confidence on the debate stage and for having some of the most detailed policy plans among the Democratic candidates.

A former school teacher and law professor before she was elected U.S. senator for Massachusetts in 2012, Warren, 70, was the first Democratic candidate to announce she was running for the presidency and quickly made clear she was "ready to fight": against corruption and Big Money, and for workers and minorities.

"I have a plan for that" became her catchphrase, and she duly laid out detailed breakdowns of how she would pay for programs like Medicare for All, even as her rivals made vague promises on how they would tackle key issues.

Pushing for "big, structural change," she has passionately argued for affordable healthcare, housing and higher education, universal childcare and cancelling student loan debt. A bankruptcy law expert who helped create the Consumer Financial Protection Bureau under President Barack Obama, she wants to introduce a wealth tax, with which she plans to "rebuild America's middle class," and said her first decision in office would be on gun violence, which she has called a "public health emergency." 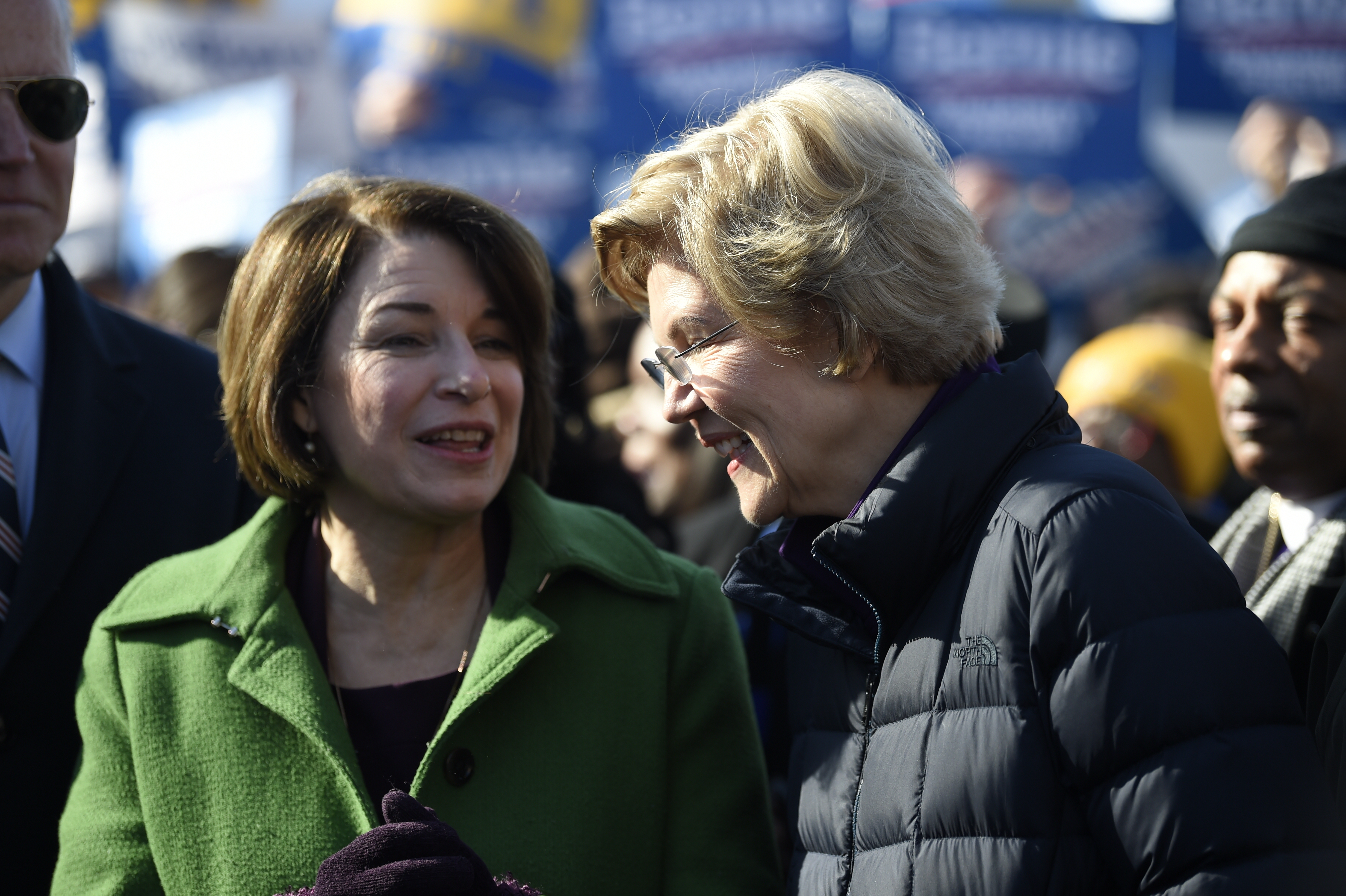 Klobuchar, 59, a former prosecutor and the first woman elected senator for Minnesota in 2006, is running on a more moderate platform – including reforming the Affordable Care Act, rebuilding the country's infrastructure and supporting rural communities – but insists she can "get things done."

Hugely popular in her home state where she has twice been re-elected as senator, she has highlighted her ability to reach across the aisle and get bills passed with bi-partisan support as reasons to get her elected president.

She has even released a list of actions she would take in her first 100 days in the White House, ranging from rejoining the Paris Agreement on climate change to prioritizing mental health and addiction, raising the minimum wage for federal contractors, introducing stricter gun legislation and launching talks on immigration reform.

Neither has been afraid to draw from her personal experience to convince voters she would be the best pick for the top job.

Klobuchar has talked of her "grit" and of growing up in the Midwest in her bid to appeal to Heartland voters, and has peppered her rallies with references to her grandfather who worked in the mines "1,500 feet underground" all his life or, when talking about gun safety, her Uncle Dick who is a keen hunter. 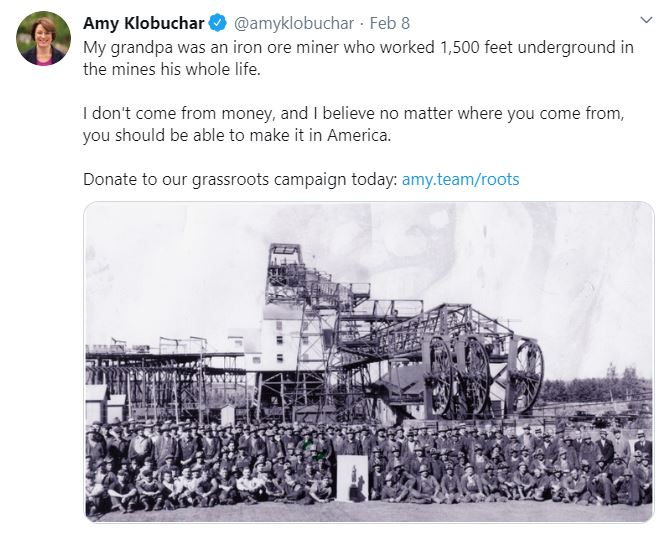 Warren, who grew up in Oklahoma, has cited her father's job as a janitor, his health problems which forced her mother to find a low-paying job to avoid their home being repossessed, and her own struggles as a working mother, when pushing for childcare, affordable healthcare and access to higher education.

Both have encountered setbacks. Klobuchar has been accused of mistreating her staff and faced criticism over her record as prosecutor in Minnesota. Warren has been called a hypocrite for accepting contributions from wealthy donors in the past, even as she now turns them down.

Still, Warren and Klobuchar have held their own against their male rivals.

"The only people on this stage who have won every single election that they've been in are women: Amy and me," Warren pointed out at a debate in Des Moines, Iowa last month that also included Vermont Senator Bernie Sanders, former Vice President Joe Biden, former South Bend Mayor Pete Buttigieg, and businessman Tom Steyer.

The fiery Massachusetts senator has come out swinging in debates, doling out pointed jabs, while delivering clear, articulate policy points. Most recently, she has attacked billionaire Michael Bloomberg on his track record as New York mayor, his spending on campaign ads and harassment allegations against him, drawing comparisons with President Donald Trump. 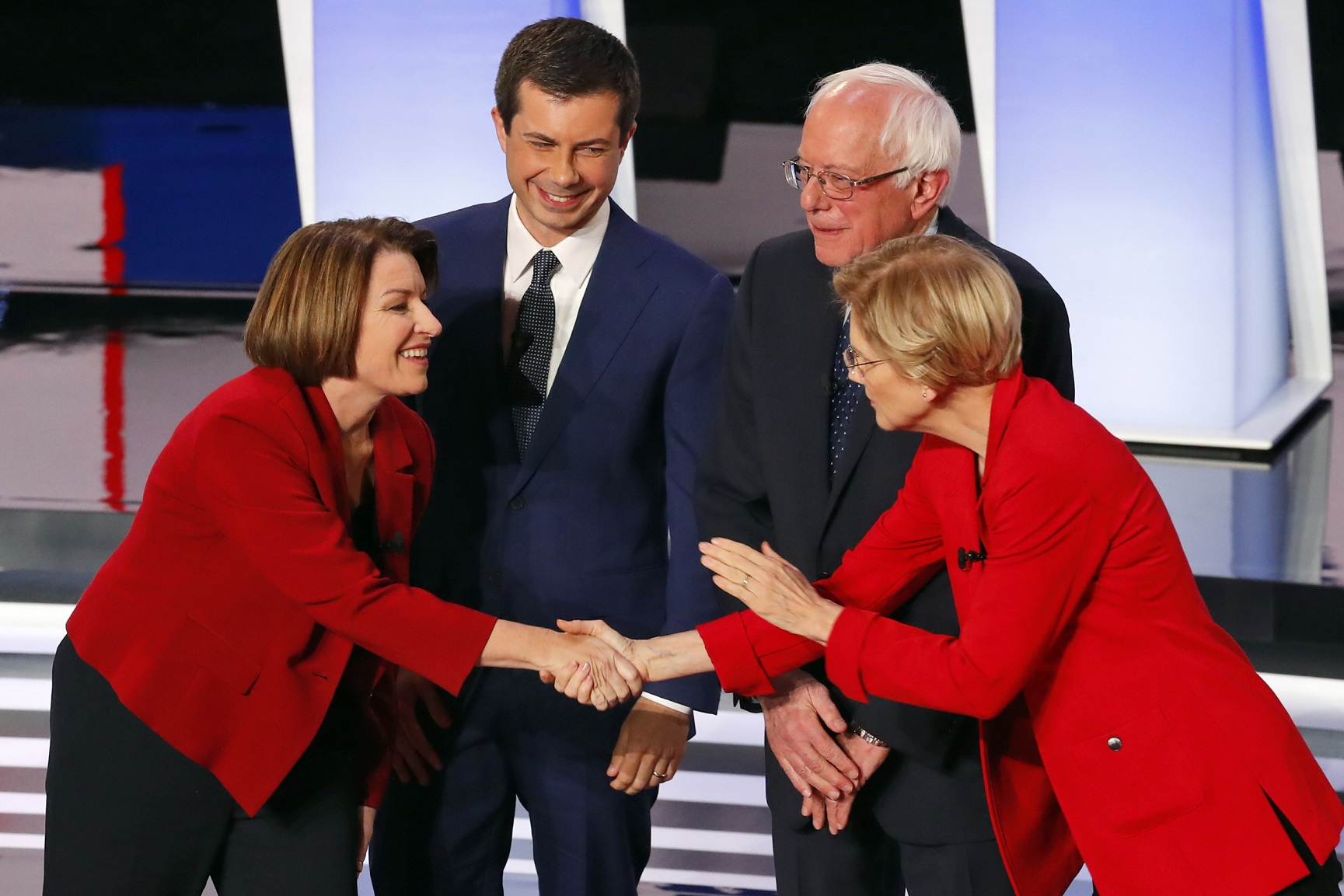 Such performances have translated into real support: after a fierce Nevada debate last week, Warren's campaign said it raised 2.8 million U.S. dollars in one day, while a CBS News/YouGov poll on Sunday put her in second place in the Democratic contest behind Sanders.

Klobuchar's strong debate showing in New Hampshire, where she traded barbs with fellow moderate Buttigieg, whom she dismissed as a "cool newcomer" with limited political experience, helped her to a surprise third place in that state's primary in mid-February.

Following Hillary Clinton's failed 2016 presidential bid, questions have persisted over whether voters are ready to elect a female president and whether a female candidate can beat Trump.

Klobuchar and Warren have made a point of appealing to average Americans and have impressed voters as smart, confident and qualified.

Warren has spent hours in "selfie lines" at her rallies, meeting and greeting fans. Her "pinky promises" with young girls –  to show them that running for president is "what girls do" – have become famous. 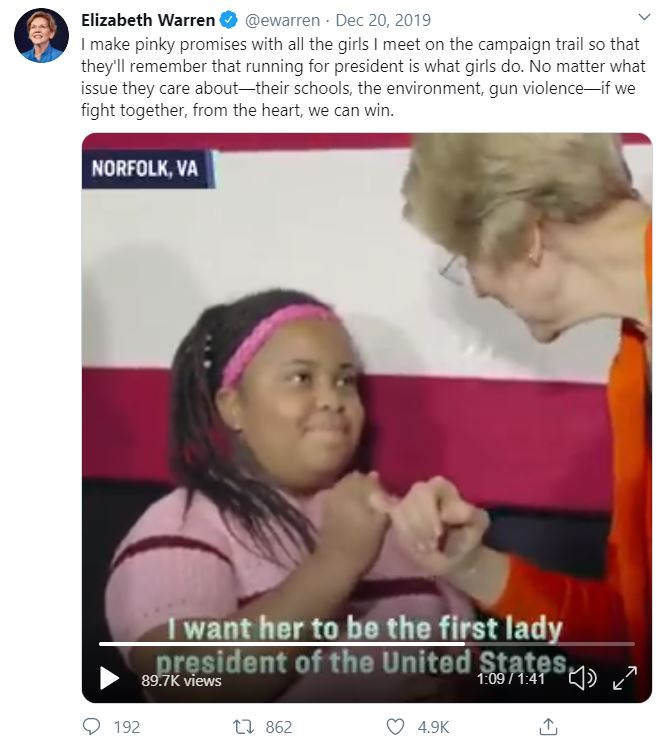 Whether these personal touches will make a difference at the polls remains to be seen.

Both candidates, in any case, "have already helped shatter the expectations to which female candidates have been held," the Washington Post wrote.

What are their chances?

After briefly leading the Democratic field in October, Warren is now fourth in an aggregate of national polls, with Klobuchar in sixth place.

Saturday's South Carolina primary looks unlikely to offer either a boost, but Super Tuesday on March 3, which will see 14 states vote, including all-important California and Texas, could prove vital for Warren.

Pundits have described Sanders as unstoppable, but with his socialist credentials putting many people off, Warren could be the progressive candidate to unite the party. "I think i'm going to make a better president than Bernie," Warren said in Charleston this week, with a characteristic jab: "I dug in, I did the work."

Klobuchar has struggled to break into the top tier of Democratic candidates and without a noted improvement in her numbers after Tuesday, she will face calls to withdraw from the race.

Instead, there has been talk that she could join Bloomberg or Biden as vice-presidential running mate.

Warren, for her part, is prepared to stay in the race until the Democratic National Convention in July even if she is behind on delegate votes.

"As long as they want me to stay in this race, I'm staying in this race," she said of her supporters at a CNN Townhall this week. "That and I've done a lot of pinkie promises out there... I've told little girls, we persist."