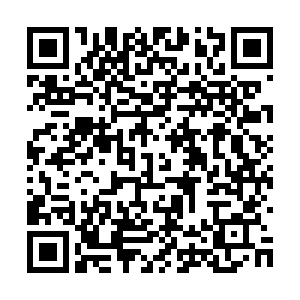 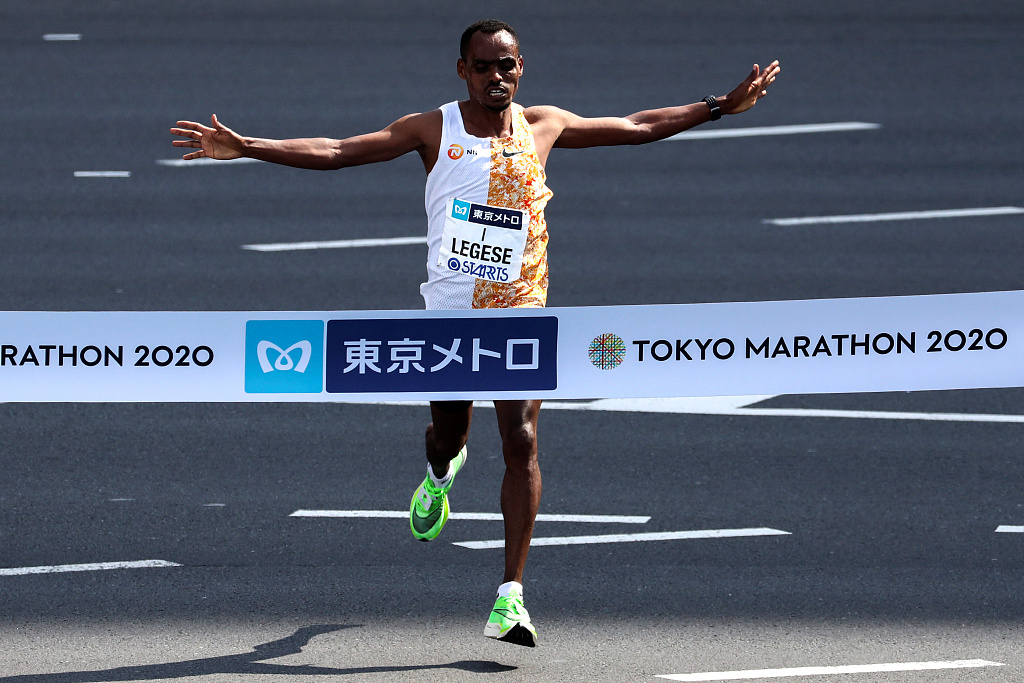 Birhanu Legese of Ethiopia won the virus-hit Tokyo marathon, which reduced its usual mass participation of 38,000 runners to just elite athletes on Sunday because of the COVID-19 outbreak.

The race, which doubled up as an trial for Japanese athletes hoping to run in the Tokyo Olympics later this year was limited to just 200 participants, a figure which included wheelchair racers.

Legese won his second successive Tokyo marathon with a time of 2:04:15 with Bashir Abdi of Belgium second in 2:04:49 and Sisay Lemma of Ethiopia with 2:04:51 in third place.

"I'm very happy," said Legese, who crossed the line 33 seconds quicker than his time last year. "The time is good, although I'd thought I would be able to run faster."

"But today was a bit windy and my pace in the early stage of the race was not very good, so I accept it," he said.

Lonah Chemtai Salpeter of Israel won the women's race in 2:17:45 ahead of Ethiopian runners Birhane Dibaba and Sutume Asefa Kebede in 2:18:35 and 2:20:30 respectively.

Besides, Osako Suguru finished the men's group's fourth place in 2:05:29, breaking his own national marathon record of 2:05:50. 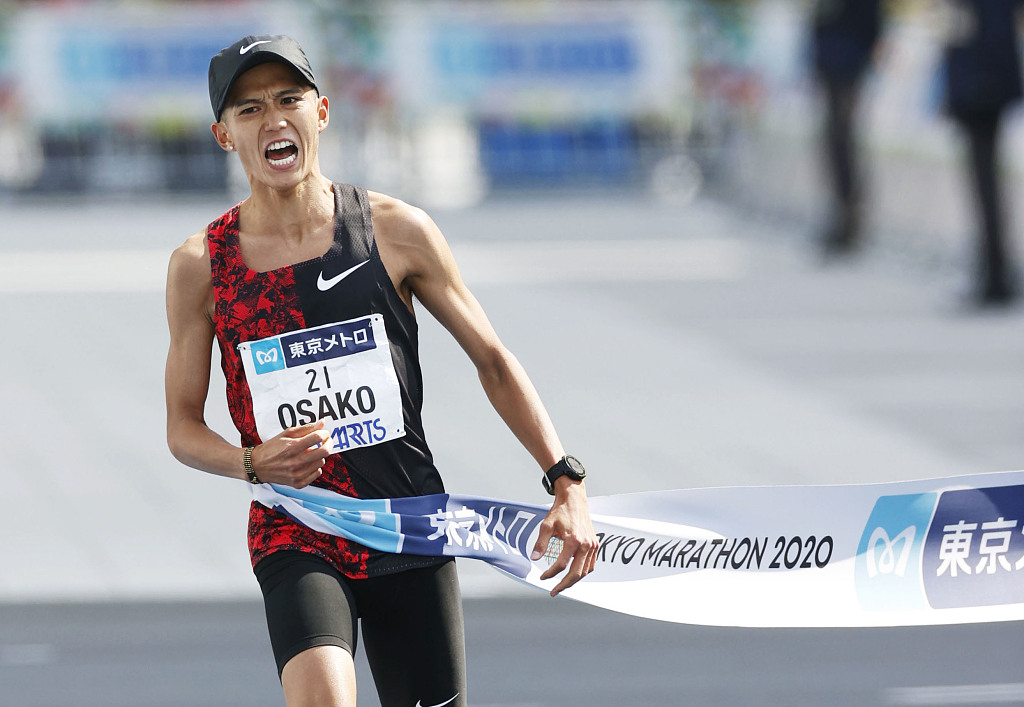 Osako Suguru of Japan finishes fourth and breaks his own national record at the Tokyo Marathon, March 1, 2020. /VCG

Osako Suguru of Japan finishes fourth and breaks his own national record at the Tokyo Marathon, March 1, 2020. /VCG

The Tokyo marathon is one of the biggest sporting events to have been affected by the coronavirus in Japan, and the Olympic Games opening ceremony is less than five months away.

The Japanese Football Association has postponed all top-flight J-League matches until March 15.

The International Olympic Committee (IOC) said last week it was "fully committed" to holding the 2020 Games in Tokyo as planned, despite the widening new coronavirus outbreak.

The viral outbreak across Japan and dozens of other countries has fueled concerns about the Summer Games, which open on July 24.

Disruption caused by the virus has affected Olympic qualifying in several sports, including football, boxing, badminton, handball, wrestling and sailing.

Tokyo's Olympic organizers have repeatedly said they are focused on holding a safe Olympics and Paralympics with the IOC's full backing.