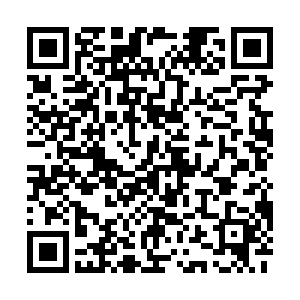 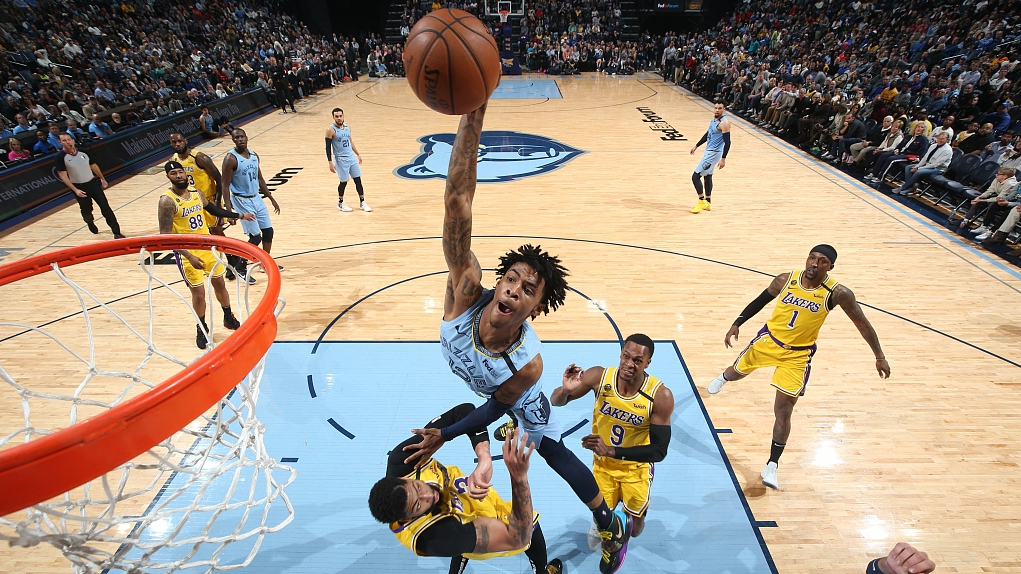 Ja Morant attempts a dunk over Anthony Davis during the game at FedExForum in Memphis, Tennessee, February 29, 2020. /VCG

Ja Morant attempts a dunk over Anthony Davis during the game at FedExForum in Memphis, Tennessee, February 29, 2020. /VCG

The Memphis Grizzlies snapped their five-game losing streak by beating the team they could face in the playoffs if they hold on to the last spot in the Western Conference.

Rookie Ja Morant had 27 points and matched his season high with 14 assists, and the Grizzlies beat the Los Angeles Lakers 105-88 on Saturday night.

"We just locked in, stayed focused, learned from our losses and came out and played a full 48 (minutes)," Morant said. "We were able to come out with a great win."

Dillon Brooks added 24 points and Jonas Valanciunas had 22 points and 20 rebounds as the Grizzlies helped their chances of keeping the eighth spot in the West. Memphis holds a 2 1/2- game edge on the New Orleans Pelicans, who were idle Saturday night and play the Lakers on Sunday. The San Antonio Spurs, who beat Orlando 114-113 on Saturday night, trail Memphis by three. 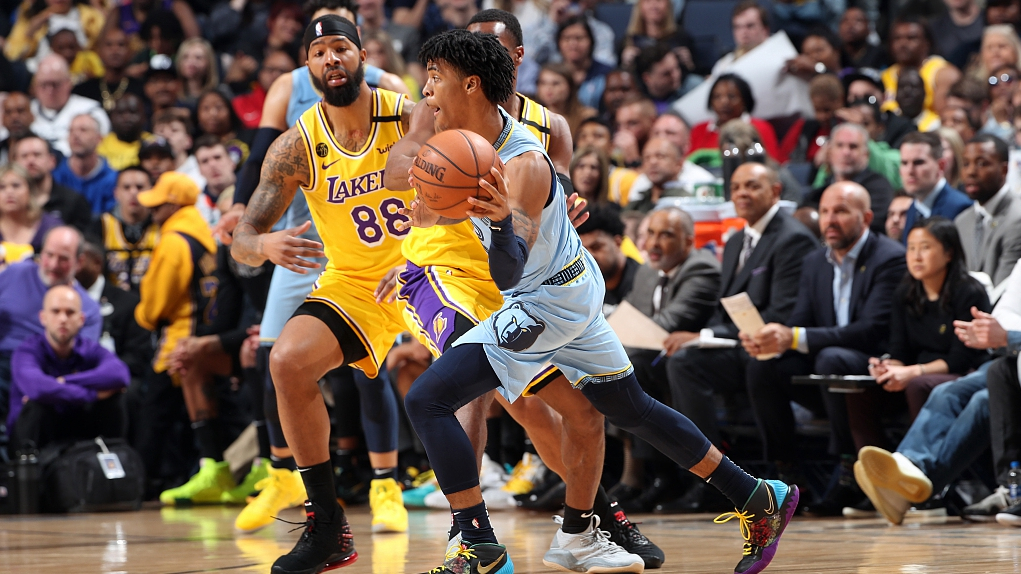 Ja Morant looks to pass the ball during the game against the Los Angeles Lakers in Memphis, February 29, 2020. /VCG

Ja Morant looks to pass the ball during the game against the Los Angeles Lakers in Memphis, February 29, 2020. /VCG

"We knew they were going to play with desperation. They are currently the eighth seed in the playoffs and lost five straight," Lakers coach Frank Vogel said. "Our guys have done a great job most of the year of playing with energy and matching the home team. We just fell short of that."

LeBron James had 19 points and 10 assists, while Anthony Davis finished with 15 points and nine rebounds as Los Angeles lost for only the second time in February. The 88 points was a season-low for the Lakers, who shot 41 percent for the game, including only 9 of 36 from 3-point range.

The Lakers, the top team in the West, entered the game on a seven-game winning streak, but trailed by as many as 22 in the third quarter as Memphis continued to get balanced scoring. The Lakers brought James into more of an active role and a couple of 3-pointers started the second half.

But Memphis continued to extend the lead and held an 86-66 advantage entering the fourth.

The Memphis lead dropped to single digits with just under seven minutes left after a 7-0 Lakers run. But Memphis immediately built the lead back to 18 near the three-minute mark, and Vogel put in his reserves. Dillon Brooks drives to the basket against JaVale McGee's defense during the game in Memphis, February 29, 2020. /VCG

Dillon Brooks drives to the basket against JaVale McGee's defense during the game in Memphis, February 29, 2020. /VCG

The Grizzlies hadn't won since the All-Star break and their hold on the final playoff spot had started to dwindle. But, at least outwardly, the young Grizzlies seem to keep their composure.

"We understand there's going to be adversity," Morant said. "So, there's no reason to panic. We're going to control what we can. That's how we play on the floor."

Golden State star Curry not quite ready to return Sunday

Stephen Curry had hoped to play for the Warriors on Sunday at home against the Washington Wizards after being sidelined for four months, but he won't return from a broken left hand quite that soon.

Golden State said Saturday that Curry is participating in full scrimmages during practice and "continues to make good progress in his recovery." He is scheduled to practice with the G-League Santa Cruz Warriors on Monday and is still expected to play in March, the Warriors said.

Coach Steve Kerr had said before Tuesday's game against Sacramento that hopefully Curry would return against Washington. But the two-time MVP needed to be re-evaluated Saturday to better determine his status.

Curry has played only four games this season, falling on his hand October 30 against the Suns. The Warriors were playing at Phoenix on Saturday night, mired in an eight-game losing streak.