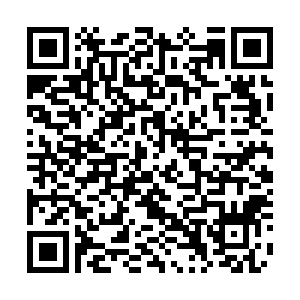 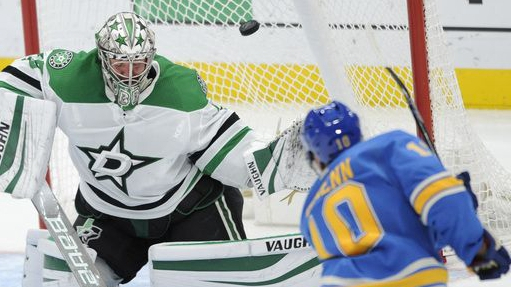 Ryan O'Reilly scored the only goal in the shootout to lead St. Louis to a 4-3 victory over the Dallas Stars on Saturday night and extend the Blues' winning streak to seven games.

David Perron, Tyler Bozak and Brayden Schenn, who scored in his fourth straight game, had goals for the Blues.

The Stars got goals from Tyler Sequin, Denis Gurianov and John Klingberg, who scored with 18 seconds remaining in regulation to send the game to overtime.

The Blues and Stars are each 2-3 in shootouts this season.

Jake Allen (10-6-3) made 28 saves for the Blues and turned aside all three shootout attempts, winning for the second time in four starts - both against Dallas.

Allen had a prime view of O'Reilly going in on Stars goalie Anton Khudobin to score the shootout game-winner.

"He's got some quick hands you know. He's got a different stick but his hands are, you know, really quite probably some of the quickest in the league," Allen said. "So when he gets in those shootout situations, he's got some tricks and it was good to see. It's a great move."

Khudobin made 25 saves and lost his third straight start.

"Another good effort from (Khudobin), like you know what you're going to get, right?" Stars interim coach Rick Bowness said. "He kept us in there when the penalties were coming. Another great game. You're seeing what you expect from him every night now."

St. Louis has a seven-game winning streak for the second time this season. In addition, the Blues won eight straight in December. During their current streak, the Blues have outscored opponents 26-12.

"It's always a lot more fun when you're winning. It gives you a little bit of confidence to keep moving forward and playing better," Bozak said. "You always play better when you have that confidence. We have a lot of depth, a lot of chemistry and different guys can step up and step up on different nights. I think that's why we have the success we do."

The Stars made it 1-0 on a fluke goal at the 8:30 mark in the first period. After Seguin won a face-off to the left of Allen, John Klingberg flung the puck from inside the blue line, hitting Seguin's stick in the circle and deflecting in off the Blues' Colton Parayko. It was Seguin's 17th goal of the year.

The Blues answered just over four minutes later. Vince Dunn kept the puck in the Stars zone and fed Perron, who threw it on net to beat Khudobin for his 25th goal of the season. The goal was Perron's second in his last 14 games, with both goals coming against Dallas.

The Blues jumped ahead 2-1 on a power-play goal 4:19 into the second period. With Jamie Oleksiak in the box for tripping, Bozak deflected in a backhanded shot by Dunn. The goal was Bozak's 13th of the season and just his second in his last 17 games.

After going up 3-1 on Schenn's goal, Gurianov took advantage of a turnover and scored on a breakaway with just 4:54 remaining in the second to make it 3-2. It was Gurianov's 20th of the season.

That set up the late-game heroics by Klingberg, but it wasn't enough for the Stars, who finished their season series against the Blues winless, going 0-3-2.

"It was just a big goal at the right moment," Seguin said. "St. Louis is taking off, so we're just trying to stay in the mix and still hunt down first place."