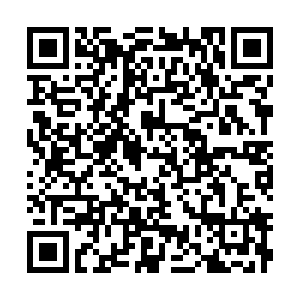 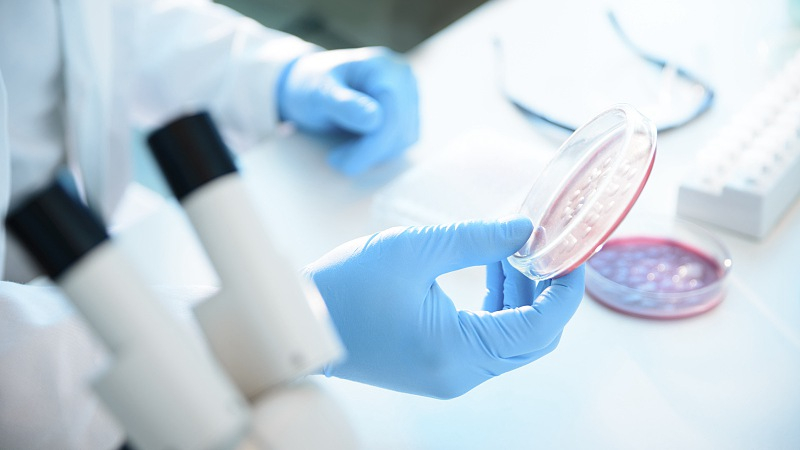 The mortality rate of novel coronavirus disease (COVID-19) was 1.4 percent according to a team paper led by China's renowned respiratory expert Zhong Nanshan, which was officially published online in the top international medical journal The New England Journal of Medicine on Friday.

The paper, entitled Clinical Characteristics of Coronavirus Disease 2019 in China, has analyzed the distribution characteristics, symptoms, exposure history, imaging findings, treatment methods, and clinical outcomes of 1,099 patients from 552 hospitals in 30 provinces, autonomous regions, and municipalities in China through January 29, 2020.

The study is the first of its kind to collect a nationwide sample of COVID-19 patients. By analyzing the sample data, the co-authors said they found "a lower case fatality rate (1.4%) than the rate that was recently reported," which is more similar to the fatality rate of 3.2 percent among 51,857 cases as of February 16, 2020 by national official statistics.

"The case fatality rate in a real-world scenario might be even lower," said the co-authors, as mild cases and those who didn't seek medical attention were not included in the study. 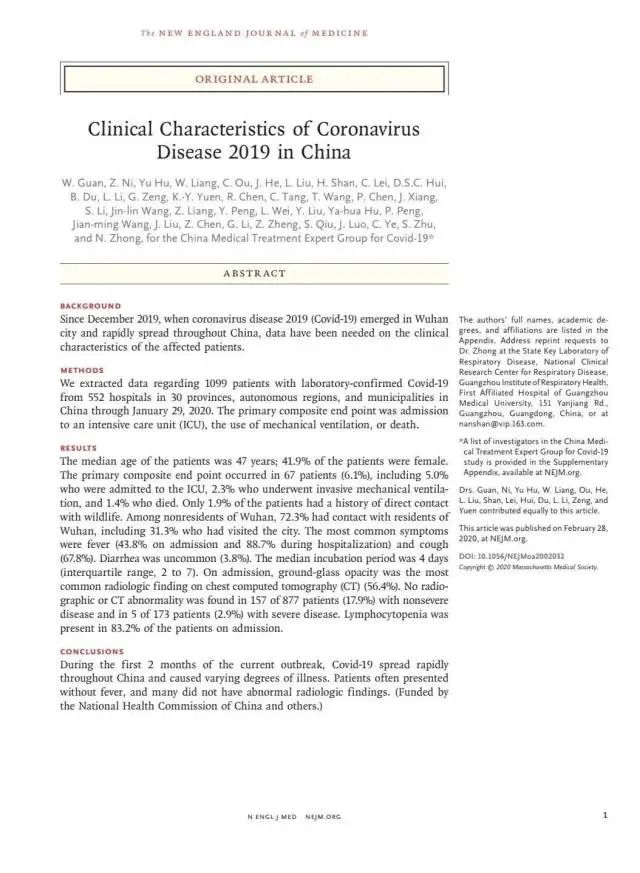 Part of the paper published online in The New England Journal of Medicine. /CCTV

Part of the paper published online in The New England Journal of Medicine. /CCTV

Strict and timely epidemiological measures are essential to contain the rapid spread of the disease, and effective treatments for the disease need to be continuously explored, the study suggested.

Half of patients on admission had no fever

The study noted that fever was identified in 43.8 percent of the patients on admission but developed in 88.7 percent after hospitalization.

Cough was the second most common symptom. While "nausea or vomiting (5.0%) and diarrhea (3.8%) were uncommon," the study found the virus "can be detected in the gastrointestinal tract, saliva, and urine," cautioning that these potential transmission routes needs to be investigated.

They found that both the severe and non-severe groups had a case with a 24-day incubation period.

The team stressed that it is easy to cause misinterpretation to evaluate the overall incubation period based solely on the minimum and maximum values.