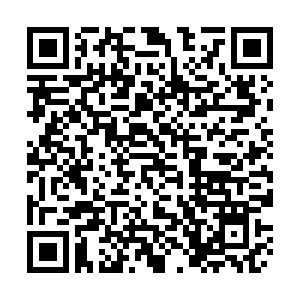 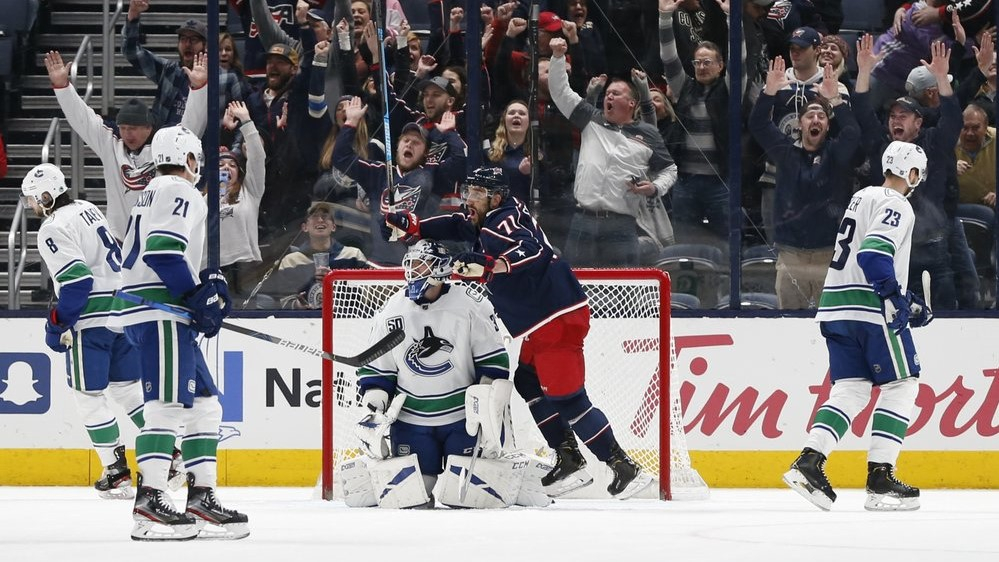 Nick Foligno #71 of the Columbus Blue Jackets celebrates a goal in the NHL game against the Vancouver Canucks at the Nationwide Arena in Columbus, Ohio, March 1, 2020. /AP

Nick Foligno #71 of the Columbus Blue Jackets celebrates a goal in the NHL game against the Vancouver Canucks at the Nationwide Arena in Columbus, Ohio, March 1, 2020. /AP

The Blue Jackets powered their way out of a three-week funk with a third-period flurry Sunday night.

Zach Werenski and Emil Bemstrom scored on power plays during Columbus' four-goal rally in the final frame and the slumping Blue Jackets stunned the Vancouver Canucks 5-3.

Riley Nash and Gustav Nyquist also scored in the third period for Columbus, which ended a two-game skid and moved three points ahead of Carolina for the second Eastern Conference wild card. It was the Blue Jackets' first regulation win since Feb. 7 and their second victory in 11 games.

"It's a really great game for us to build on moving forward here," Werenski said. "And it was really good for our group."

Werenski, Nash and Kevin Stenlund each had a goal and an assist, and Ryan Murray had two assists in his return after missing 34 games due to a lower-body injury. Jonas Korpisalo made 36 saves, drawing compliments from his coach.

"I thought he battled the second half of that game to keep it 3-1," coach John Tortorella said. "We chased the play a lot. They had the puck a lot and Korpi made some big saves to keep it there. I think that's probably the important note of the game was just keeping the 3-1. But you score a goal, you got a chance. You are just one shot away."

Bo Horvat, Elias Pettersson and J.T. Miller scored for Vancouver, and Louis Domingue stopped 30 shots in his first appearance since being acquired from New Jersey at the trade deadline. The Canucks have dropped three in a row and six of their last seven games on the road.

"I thought we had the game," Vancouver coach Travis Green said. "We were managing the game really well, and then they get the two power plays, and we didn't get the job done on the (penalty kill)."

Horvat put Vancouver ahead 1-0 a minute in and just 14 seconds into Nash's penalty for slashing. Pettersson made it 2-0 at 7:08 of the first.

Stenlund got the Blue Jackets within one, burying the rebound of Nash's shot at 10:01 of the first, but Miller extended the Vancouver lead again early in the second period by one-timing Pettersson's pass from between the circles.

The third period belonged to Columbus.

Nash pulled the Blue Jackets within a goal at 12:39 of the third, burying a tic-tac-toe pass from Murray and Werenski.

"It felt really good to get back out there," Murray said. "(I was) a little bit rusty and first kind of struggling a little bit for a few plays, and a couple turnovers here and there, but they kept putting me back out there and good things happen."

Werenski got the Blue Jackets even with a power-play wrist shot from just inside the blue line at 15:06, assisted by Stenlund and Pierre-Luc Dubois. Columbus went ahead at 18:23 when Bemstrom scored on the second power play of the period.

"To play the way we did for 50 minutes, there is no way we lose that game," Canucks forward Brandon Sutter said. "It wasn't even close. And then we just made a couple of bad plays I want have back, a couple plays the guys want to have back, and that changes the game. ... It's just a gut-wrenching way to lose."