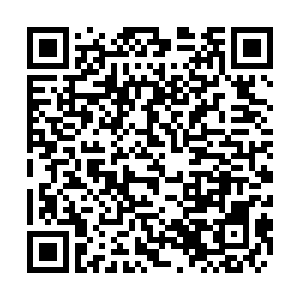 China's new securities law came into force on Sunday, inaugurating registration-based initial public offerings (IPO) for the country's stock markets. IPOs will no longer need advance approval from the regulators, but only a confirmation that their issuance breaches no regulations.

The revised law is regarded as a milestone in China's capital market reform. It took more than four years for legislators to revise the securities law and pass the new version at the end of last year – with 166 provisions updated and 24 new ones added.

Fang Xiaojie, a senior partner at Allbright Law Offices, said so far there is no specific requirement that other boards such as at ChiNext use the registration-based system. "But I think it will be tested on the ChiNext in the fourth quarter of this year or the first quarter of next year," Fang said. "The STAR market will have its first anniversary this July which is when investors can begin to sell shares if they like, and that will be a test of the quality of the firms listed there. It will also be a check on its registration-based system."

The registration-based IPO system eases the requirements for a company to qualify for a new listing.  In the past, a company had to be "capable of continuous profitability."  Now the requirement is that it be "capable of continuous operation."  The previous law said the government needed to grant "approval" to an IPO.  The new one says the regulator is simply in charge of "registration."

More importantly, for now, the bond market has also started using the registration-based system. Experts say that should give a quick boost to cash liquidity in the market, especially considering the corporate cash crunch created by the coronavirus epidemic.

"At this moment, many companies are lacking cash flow. The bond issuance to simplify the procedure using a registration base without the necessity to report (to) the local branch of the National Development and Reform Commission would simplify the procedure at this moment. That would largely improve the liquidity in the bond market," said Jimmy Zhu, the chief strategist at Fullerton Research.

Companies are also no longer required to be profitable before listing but must provide precise financial information.

Companies found guilty of making false or misleading statements or withholding important information from shareholders are liable to face penalties ranging from one to 10 million yuan (143,000 to 1.4 million U.S. dollars).

Individuals found guilty of insider trading will be fined two to 10 times the value of their ill-gotten gains.

Financial sector employees, including regulators and those who work for brokerages or stock exchanges, are also barred from securities trading for their own account.