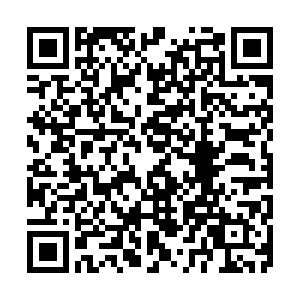 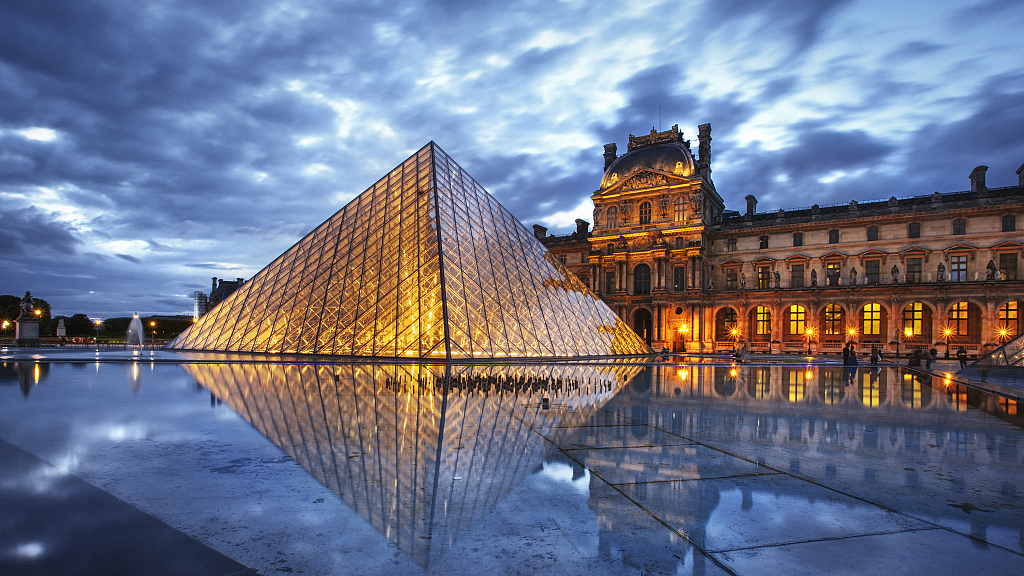 The Louvre, the world's most visited museum, closed its doors to the public on March 1 as its staff refused to work over COVID-19 fears, museum representatives announced in a statement on Sunday.

"The Louvre cannot open this Sunday, March 1," a short statement from the museum read. "Museum staff met to discuss the health situation and the COVID-19 prevention measures taken by the museum following instructions from the competent authorities."

Around 300 staff met in the morning and voted "almost unanimously" not to open, Christian Galani with the General Confederation of Labor (CGT) said.

"The Louvre is a confined space which welcomes more than 5,000 people a day," noted Galani, adding, "There is real concern on the part of staff." 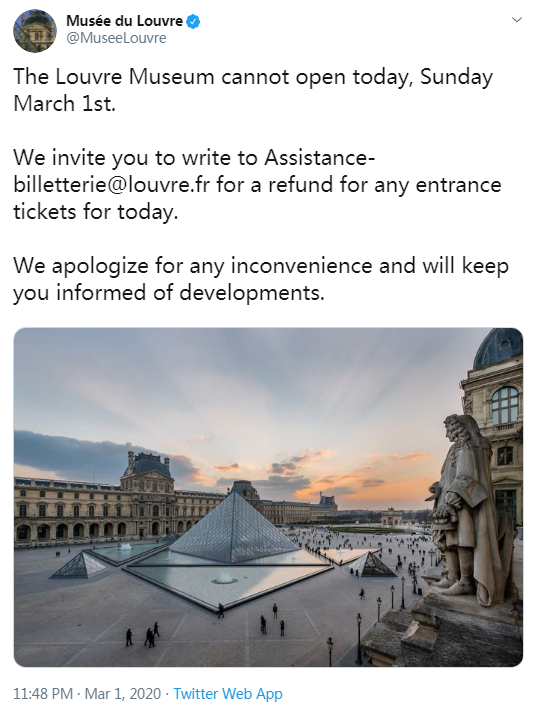 The Louvre Museum said on Twitter that it will not open on March 1, and will keep visitors informed of developments.

The Louvre Museum said on Twitter that it will not open on March 1, and will keep visitors informed of developments.

Visitors queuing up outside the Louvre's iconic pyramid in the rain learned the news on Sunday afternoon.

"We're very disappointed," said one tourist, part of an Italian group. "It was the perfect day to go to the museum," he added, under a steady drizzle of rain.

"No one warned us and nothing is written on the website!" said their guide, who gave her name only as Stefania.

Others complained that they had reserved tickets for the afternoon that same morning and there had been no hint of the coming closure on the website. 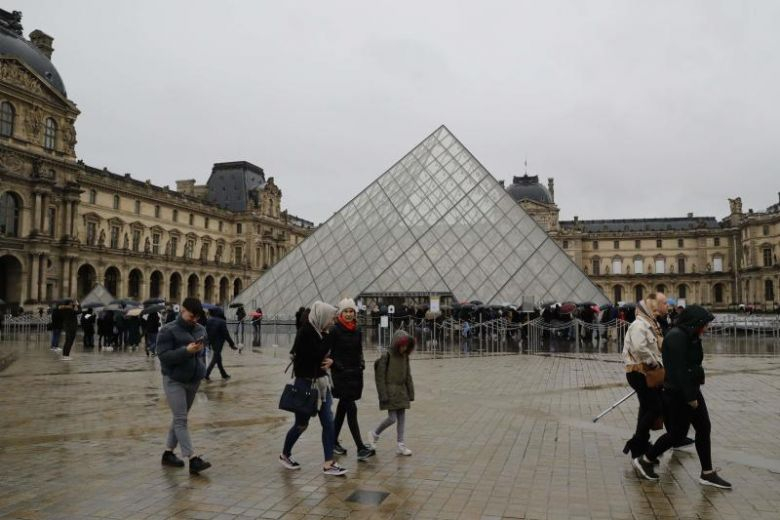 People wait in front of the Louvre Pyramid in Paris, France, March 1, 2020. /AFP

People wait in front of the Louvre Pyramid in Paris, France, March 1, 2020. /AFP

It was not clear when the museum will resume operation, but the Louvre noted on Twitter that it will keep its visitors "informed of developments."

Visitors who had purchased tickets for Sunday were asked to contact the museum for reimbursement.

Located near the banks of the Seine River in downtown Paris, the museum, home to Leonardo da Vinci's Mona Lisa and hundreds of thousands of art pieces, received 9.6 million visitors last year. About three-quarters of them were foreigners including Americans, Chinese and Europeans.

Some of the comments under the Louvre's closure announcement on Twitter.

Some of the comments under the Louvre's closure announcement on Twitter.

The Louvre's closure followed the French government's decision to ban indoor public gatherings to tackle the spread of the epidemic in the country. Measures included canceling all public gatherings of more than 5,000 people within confined spaces, closing schools and cancelling religious services in some of the hardest-hit zones. 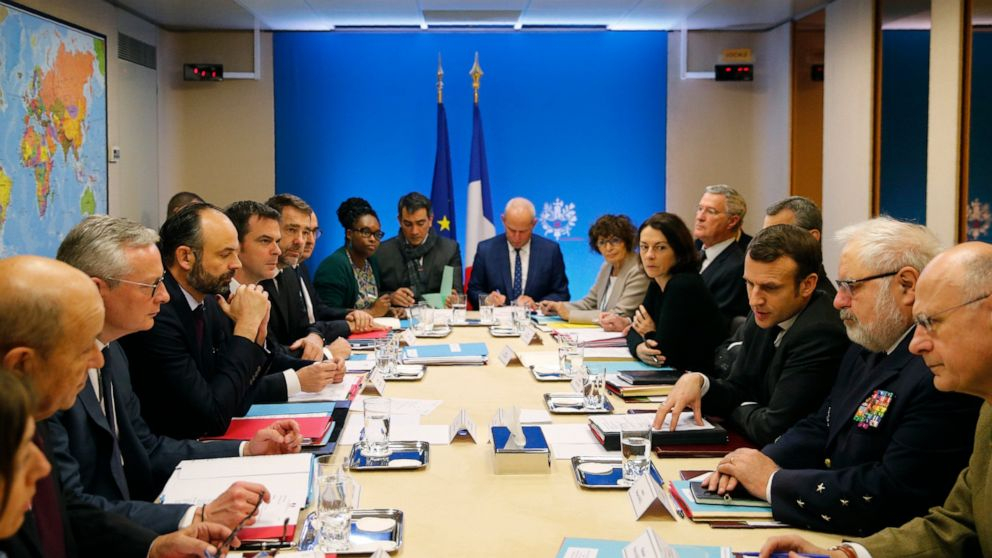 The Paris Half Marathon, which was scheduled for Sunday, was also canceled.

Other canceled events across France included the final day of the Paris Agricultural Fair and a fireworks display in the southern city of Nice, both of which were due to be held on Sunday.

So far, France has reported over 100 confirmed COVID-19 cases and two deaths.

Worldwide, the novel coronavirus has been responsible for more than 2,900 deaths and over 86,000 infections.