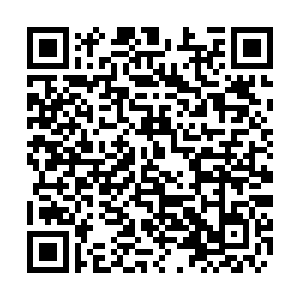 Consumers around the world have reported empty supermarket shelves as people stock up on toilet paper, antibacterial handwash and cleaning items in the midst of coronavirus fears. Social media was flooded with images of empty store shelves and people buying large quantities of paper goods after some countries raised their alert level, reflecting a heightened virus risk.

The number of COVID-19 cases in South Korea has spiked in recent days. On February 22 alone, 229 new cases were reported. The country now has 5,186 confirmed cases, and 29 deaths.

A significant number of the confirmed cases were found in the southern city of Daegu, where a church cluster has emerged. As the number of cases rises, droves of residents in Daegu have flocked to supermarkets in the city, panic-buying groceries and leaving behind barren shelves in their wake. Eggs, fresh meat, milk are all are sold out at local supermarkets.

Some residents in Daegu expressed their worries that the city might be placed on lockdown. Health authorities have advised Daegu residents to stay home and wear a mask indoors.

The city was classified as a "special care zone" on February 21 and resources have been diverted to Daegu to ease the shortage of sickbeds and medical equipment, according to Yonhap News Agency.

South Korean President Moon Jae-in declared "war" against the COVID-19 on Tuesday, placing all government agencies on a 24-hour alert, according to Yonhap. The president also pledged on February 21 to inject 30 trillion won (around 25 billion U.S. dollars) of funds into the COVID-19 response. 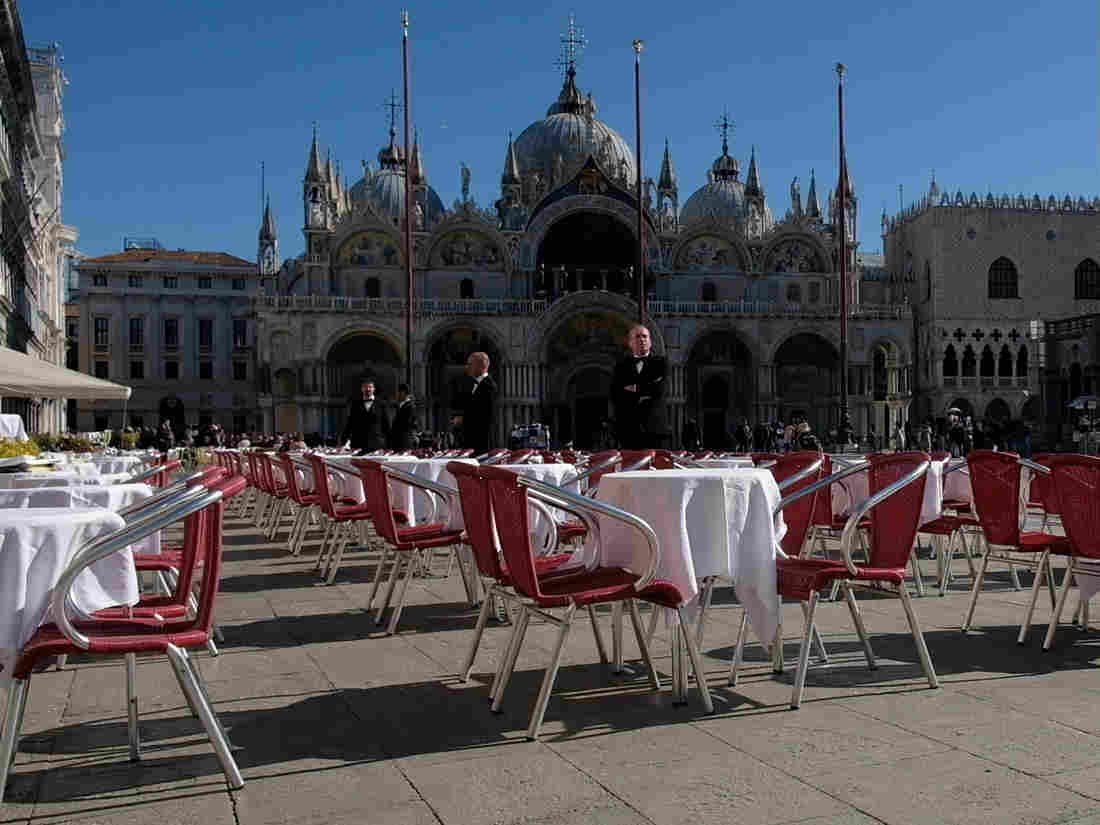 Waiters stand by an empty restaurant in Venice's St. Mark's Square, which would normally be full of tourists, as a coronavirus outbreak grows in Italy. /Reuters

Waiters stand by an empty restaurant in Venice's St. Mark's Square, which would normally be full of tourists, as a coronavirus outbreak grows in Italy. /Reuters

The majority of the deaths and cases are in Lombardy, not far from Milan, the region's capital and a world-famous tourist hotspot. The city was far quieter than usual on Tuesday, but the news of the outbreak appeared to trigger a run on some supermarkets.

Multiple residents in the region reported that masks are unavailable in all the pharmacies, as well as hand sanitizer. A Milan resident told reporters that she had looked for masks in eight shops on Sunday and three on Monday but all were sold out. And she added the shops also don't know when the items will be back in stock. Supermarket keepers say the empty food shelves were pasta, biscuits, and canned goods. There was no stockpiling of perishable goods like fruit and vegetables.

Italy has put several cities and towns in the country's north on lockdown, banning people from entering or leaving affected areas, suspending public events and closing attractions, such as museums, to the public.

Italy's ministry of economy and finance announced Sunday that it will introduce measures worth 3.6 billion euros (3.5 billion U.S. dollars) to help the economy. These will include tax credits for companies that have suffered a 25 percent fall in revenues, as well as additional funds for the country's health service. 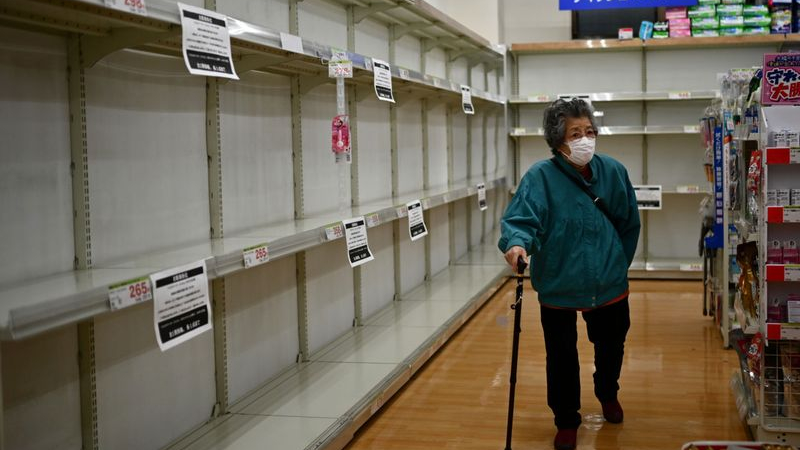 A woman walks past shelves where toilet paper was stocked and now sold out at a shop in Tokyo. /AFP

A woman walks past shelves where toilet paper was stocked and now sold out at a shop in Tokyo. /AFP

As of Tuesday, Japan had confirmed 274 cases, and an additional 706 cases aboard the Diamond Princess cruise ship with docked in Yokohama. There have been six deaths recorded in Japan.

Supermarkets and drugstores in Japan have experienced shortages of toilet paper on jitters the product will follow face masks in selling out amid the spread of coronavirus in the country.

A director of the Japan Tissue Industry Association assured citizens the country has sufficient supplies, and there will be no shortages of toilet paper as long as panic-buying ceases.

The Japanese government also tried to alleviate worries by stating at a news conference Friday that most toilet paper used in Japan is produced domestically and the supply chains remain intact. According to the Tissue Industry Association, imported toilet paper accounts for only about two percent of domestic use.

Japan has seen toilet paper panic in the past during times of disasters and world events. Notable cases recently were in 2011, which were driven by fears production would be halted due to the devastating earthquake and tsunami in northeastern Japan in March 2011.

Prime Minister Shinzo Abe said Tuesday he hopes to fully tap into a fiscal 2019 reserve fund of 270 billion yen (2.5 billion U.S. dollars) for a fresh emergency package aimed at tackling the new coronavirus outbreak. And the government plans to craft the package by March 10 to help cushion the impact on parents over Abe's decision last week to close all schools in the country, enhance medical services and assist struggling small and midsized companies. 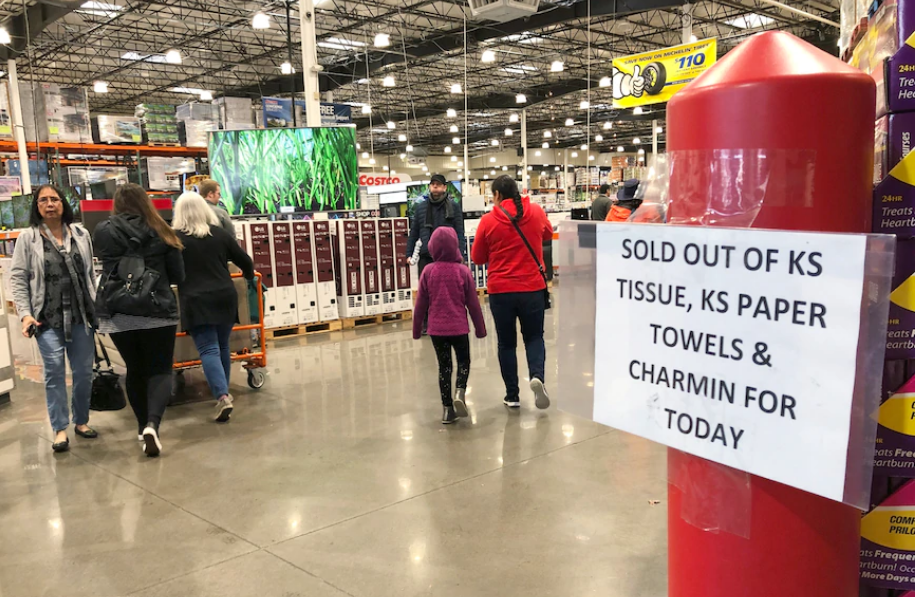 Shoppers visit a Costco store in Tigard, Oregon after reports of Oregon's first case of coronavirus was announced in the nearby city of Lake Oswego, February 29, 2020. /AP

Shoppers visit a Costco store in Tigard, Oregon after reports of Oregon's first case of coronavirus was announced in the nearby city of Lake Oswego, February 29, 2020. /AP

According to the Centers for Disease Control and Prevention there are about 102 confirmed or presumed cases of COVID-19 in the U.S. At least six people in the U.S. have died, with the majority of those deaths in the Seattle area.

At U.S. grocery stores, sales of household items like hand sanitizer, face masks and cases of bottled water spiked in recent weeks. Sales of shelf-stable grocery items, including fruit snacks, dried beans and pretzels, are on the rise, too, according to late-February data from Nielsen.

The Food Industry Association published a 16-page guide to help retailers prepare for potential changes to shopping habits. For example, the industry group suggested shoppers may consolidate grocery trips, with fewer visits and bigger baskets. They may prefer self-checkout and online grocery delivery. And they may have new expectations for neighborhood grocery stores, such as seeing all food handlers wearing masks and gloves and having antibacterial wipes available for use in stores.