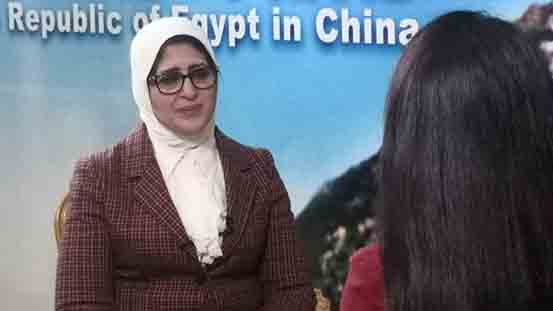 Egyptian Health Minister Hala Zayed talked of China's experience in fighting the novel coronavirus outbreak with Chinese officials during a short visit in Beijing on Monday.

"I have sent a clear message from his excellency the President of Egypt Abdel Fattah el-Sisi to the president of China and all the people of China, that Egypt supports China in this moment, and we do believe that China will overcome these challenges and will succeed to save China and all the world from corona(virus)," said Zayed during an interview with CGTN.

"We also discussed the great experience of China in facing such challenges ... and how with very scientific steps they saved their country and they saved all the world till now," she added.

Egypt has previously sent tons of medical supplies to China. This time, the minister also brought 1 million masks. "I will not say they are donations. They are gifts," said Zayed, adding upon her departure on Sunday.

Egypt had lightened three major ancient temples with the pattern of China's national flag to show support for China. 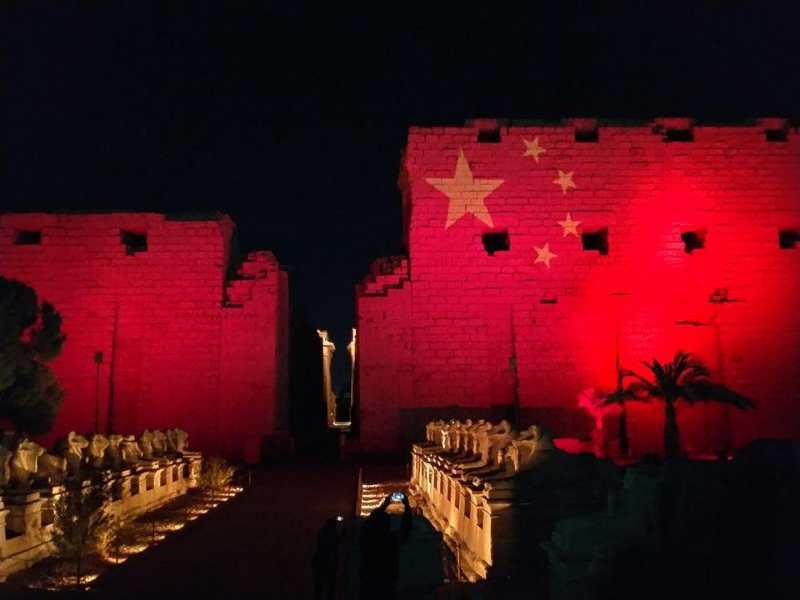 The Karnak Temple is illuminated with the image of Chinese national flag to show support to China's fight against the novel coronavirus, in Luxor, Egypt, March 1, 2020. /Photo provided by Egyptian Embassy in Beijing

The Karnak Temple is illuminated with the image of Chinese national flag to show support to China's fight against the novel coronavirus, in Luxor, Egypt, March 1, 2020. /Photo provided by Egyptian Embassy in Beijing

She appreciated that China's top health authority provided her technical documents in procedures to control the epidemic.

"We'll study the document, and keep contact with Skype to see if we need more details," said Zayed. She praised the measures taken by the Chinese government to contain the outbreak of the virus. "Had it not been for the very strong precautionary measures taken by the Chinese government, the situation could've been different worldwide and the outbreak could've been larger," she said.

Egypt on Monday reported its second case of novel coronavirus, more than two weeks after announcing the first confirmed infection in Africa. Both of the infected are foreign nationals who show "minor symptoms" and have been quarantined. The first one was discharged from the hospital in late February after recovering and testing negative for the virus after the 14-day quarantine.