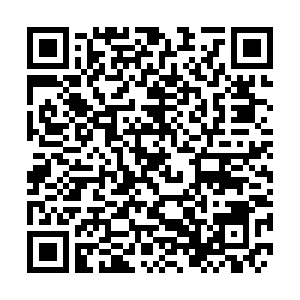 Israeli Prime Minister Benjamin Netanyahu speaks to his supporters as he campaigns at a Likud party rally ahead of the upcoming election, in Ramat Gan, Israel February 29, 2020. /Reuters

Israeli Prime Minister Benjamin Netanyahu speaks to his supporters as he campaigns at a Likud party rally ahead of the upcoming election, in Ramat Gan, Israel February 29, 2020. /Reuters

Netanyahu, Israel's longest-serving leader, responded to the projections by tweeting that the results were "a huge victory for Israel," also saying "Thank you" with a heart emoji.

"We won thanks to our belief in our path and thanks to the people of Israel," he said in a Twitter posting early on Tuesday.

Netanyahu fought Israel's third election in less than a year under the cloud of corruption charges, which he denies.

The four-term prime minister, who heads the right-wing Likud party, had failed to secure a governing majority in the legislature in elections held in April and September.

All three exit polls gave Likud and like-minded parties 60 of parliament's 120-seats, just one short of a majority. During the campaign, right-wing and religious parties had pledged to join a Likud-led coalition government.

Actual results, which have differed in the past from exit polls, will be released on Tuesday.

A party spokesman said Netanyahu would deliver a "victory speech" at 21:45 GMT in Tel Aviv.

The prime minister, who is under criminal indictment for bribery, fraud and breach of trust, is not legally required to resign as he faces the charges in court unless he is convicted and has exhausted all of his appeals.

A win for Netanyahu would pave the way for him to make good on his pledge to annex, after the election, Jewish settlements in the occupied West Bank, and the region's Jordan Valley, under a peace plan presented by U.S. President Donald Trump.

Palestinians have rejected the proposal, saying it was killing their dream of establishing a viable state in the West Bank and Gaza Strip, territory Israel captured in the 1967 Middle East war.

Gantz stopped short of conceding defeat in his own posting on Twitter, telling supporters he would "continue to fight for the right path, for you."