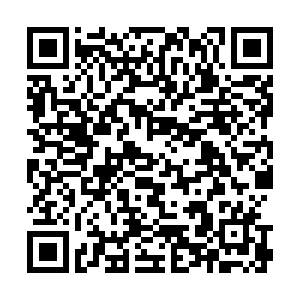 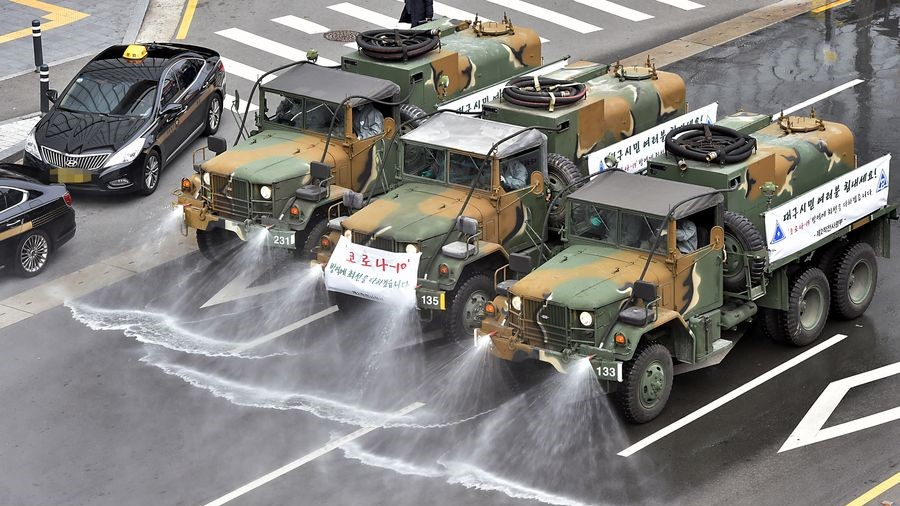 The army vehicles disinfect the road in Daegu, about 300 km southeast of the capital Seoul, South Korea, February 29, 2020. /Xinhua

The army vehicles disinfect the road in Daegu, about 300 km southeast of the capital Seoul, South Korea, February 29, 2020. /Xinhua

South Korean President Moon Jae-in declared war against the COVID-19 on Tuesday as the number of cases in the country approached 5,000, placing all government agencies on a 24-hour alert, reported Yonhap News Agency.

Speaking at a weekly Cabinet meeting, Moon announced plans to inject 30 trillion won (around 25 billion U.S. dollars) of funds directly or indirectly into the COVID-19 response.

As of midnight on Monday, South Korea has confirmed 477 more cases of the COVID-19, raising the total number of infections to 4,812, according to the country's health authorities.

So far, 29 people have died from the COVID-19 in the country. 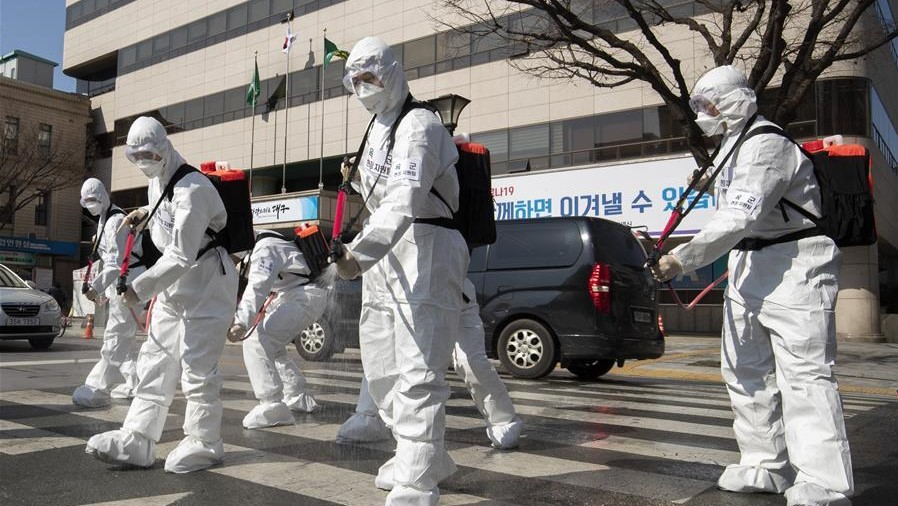 According to the country's defense ministry, two more service personnel and a civilian worker for the military tested positive for the novel coronavirus, bringing the total number of confirmed cases in the military to 31 early Tuesday.

Of the total, 17 are in the Army, 11 in the Air Force, two in the Marine Corps and one in the Navy, the ministry said.

About 60 percent of confirmed cases have been linked to a branch of the Shincheonji religious sect in the southeastern city of Daegu, the country's fourth-largest city with a population of 2.5 million, said Yonhap News Agency.

On February 23, the country raised its four-tier virus alert to the highest "red" level to tackle the virus spread.

Battling the novel coronavirus: What we know so far