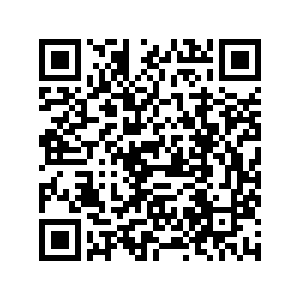 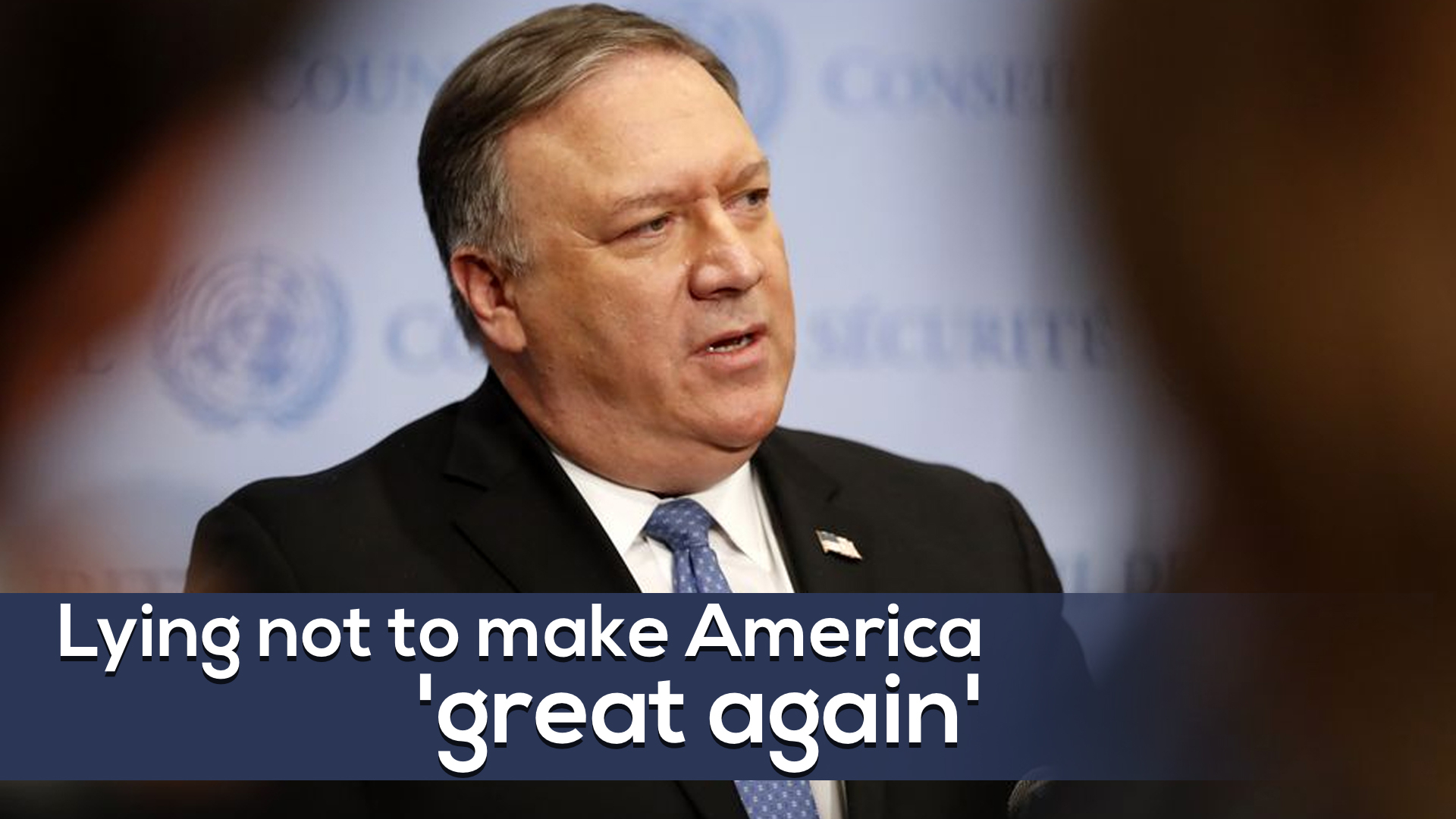 "I was the CIA director. We lied, we cheated, we stole… we had entire training courses." This is a line from a speech made by U.S. Secretary of State Mike Pompeo in Texas.

Following a burst of laughter from the audience as a response to that line, Pompeo hastened to add: "It reminds you of the glory of the American experiment."

If lying, cheating and stealing do not sound outrageous for someone working at the CIA, what makes it less sensible though is that after becoming Secretary of State, Pompeo has done little to change what he's learned from those "training courses," but carried the practice even further.

His attacks on China are exact proof of that. At all times and in all places, Pompeo never forgets to lash out at China, using nothing other than lying and cheating as his weapon.

For example, he alleged that Chinese investments in Africa pose a risk to the sovereignty of African states, pushing them into a debt trap and breeding corruption and dependency. He criticized China's Xinjiang policies by claiming that China is "trying to erase Muslim culture and religion" and also noted that China is an unreliable partner that spreads chaos in Latin America. While in Munich, he accused China of encroaching on the exclusive economic zones of Vietnam, the Philippines and Indonesia. And in many other places, he said Huawei is dangerous and a "Trojan horse for Chinese intelligence".

Trump's campaign slogan was "Make America Great Again," but what his Secretary of State has done so far makes people look at it with disbelief.

Playing the role of foreign minister, the U.S. secretary of state is, supposedly, responsible for promoting relations between the U.S. and other states. However, Pompeo, on top of his lack of good faith and integrity, is also a habitual liar that is bent on stoking up conflicts around the world. He is exactly the one who is hindering the U.S. from getting along with other countries.

Currently, the U.S. relations are strained not only with world powers such as China and Russia, but its relations with almost all its allies including Britain, Germany, France are also tainted by constant discordance. Pompeo, the chief U.S. diplomat, is undeniably responsible for that. Given such an international environment, how could America be great again?

Second, Pompeo has poisoned America's international trade environment. In international relations, politics and economy are two sides of the same coin. In the Munich Security Conference, Pompeo, on the one hand, blatantly sold his lie that "the West is winning," and on the other hand, he aggressively pressured its Western allies in issues related to Huawei's 5G network, threatening sanctions on Nord Stream 2, a natural gas pipeline project involving Germany. No wonder Donald Tusk, former president of the European Council, once made the sharp remark that "With friends like that [i.e. America] who needs enemies?" 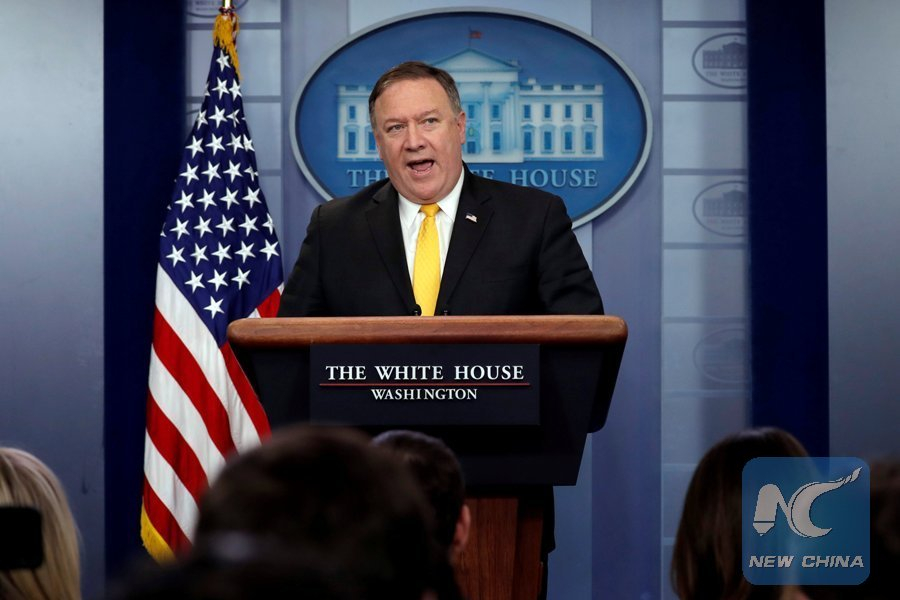 Pompeo recently made a three-nation trip to Africa. In the face of numerous China-Africa cooperation projects and facts, he even denigrated China's aid to Africa as "empty promises." African leaders categorically refuted his nonsense.

As the second largest economy in the world, China has contributed over 30 percent to global growth for 13 consecutive years. According to the U.S. Department of Commerce, China's imports and exports to the U.S. totaled 3.73 trillion yuan in 2019. The two countries are economically complementary, with China being the third largest market for U.S. exports of goods and services. With its economy deeply intertwined with that of China, the U.S. would hardly achieve significant economic growth without trading with China.

However, Pompeo still clings to the Cold War mentality and keeps throwing mud at China, or even demonizing China, seriously damaging the trade relations between the two countries.

Today, globalization is intensifying the division of labor around the world. How could America be great again without the contribution made by its global trade partners including China?

Third, lying runs counter to American cultural traditions, upending the world's perception of the U.S. culture. In the U.S., lying and cheating are offenses. For people across the world, the image of the hard-working Uncle Sam is widely associated with America.

After the Cold War, as the only global superpower, the U. S. has gained its cultural dominance in the world. Integrity, being part of the American culture, is also one of the most important virtues shared by nations worldwide. Benjamin Franklin once said: "A slip of the foot you may soon recover, but a slip of the tongue you may never get over." Confucius, a sage in ancient China, also said: "If a person lacks trustworthiness, I don't know what s/he can be good for." What the Chinese people believe is: "Be true to your words and be resolute in your action."

As the chief U.S. diplomat, Pompeo spews lies at will. How could he be trusted by anyone who has dealings with him?

As a state of ceremonies, China attaches great importance to diplomatic etiquette. Thanks to Pompeo's repeated lies, China's State Councilor and Foreign Minister Wang Yi made the following statement at the Munich Conference: "I'd only like to say that all his accusations against China are lies. They are not true. But if the U.S. was the accused, then all this would be true."

Hope Pompeo, whose lies have repeatedly fallen flat across the world, could one day realize that lying will not make America great again.