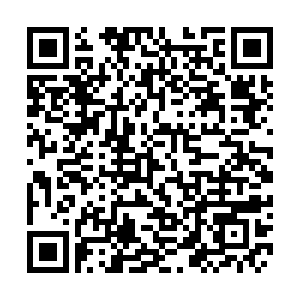 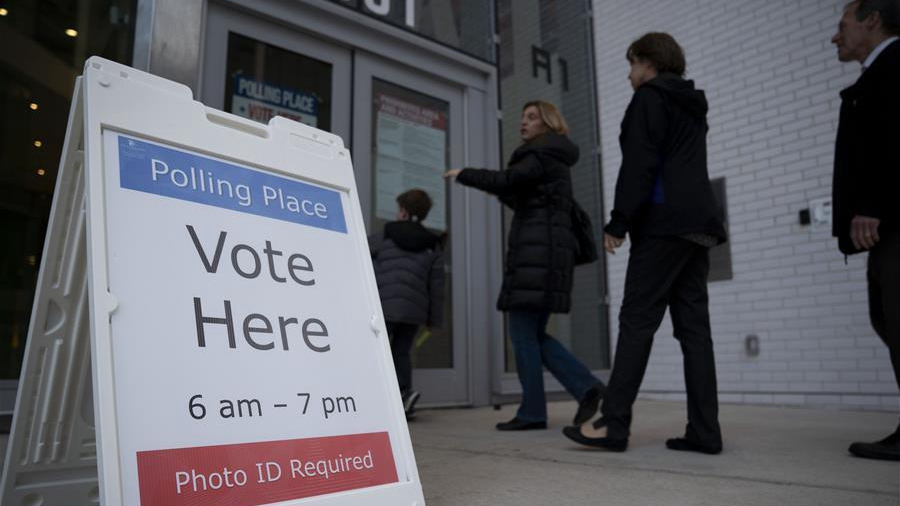 Voters walk into a polling station during the Virginia primary in Arlington, Virginia, the United States, March 3, 2020. /Xinhua

Voters walk into a polling station during the Virginia primary in Arlington, Virginia, the United States, March 3, 2020. /Xinhua

This year's Democratic primaries are so crowded, a stark contrast to the primaries in 2016 when the Democratic Party had only a total of six candidates in the primaries four years ago. After Hillary Clinton's difficult win in the Iowa caucus, the only challenger in the party was Bernie Sanders. Although Sanders won New Hampshire, Clinton's performance thereafter basically left her the nomination of the party with little uncertainties.

Inspired by the "anti-Trump" wave, over two dozen people in the Democratic camp participated in the election campaign, of which 18 people withdrew or suspended their elections before the primaries began.

It seems to reflect the rising morale in Democrats, but it actually costs the party when it takes more time for Democrats to nominate a suitable candidate who can challenge Trump. The internal fights between moderates and radicals not only consumes political resources within the party, but also gave Trump more time to frame his campaign strategy.

This is clearly reflected in the role of this year's Super Tuesday. Started in the 1980s, primary elections were held in a large number of states on so called Super Tuesday in order to quickly select the viable candidate for the party so as to reduce internal frictions and finally defeat the opposite candidate.

Since the number of states participating in Super Tuesday varies in each election year, this year's Super Tuesday is extremely important in the Democratic primaries. In terms of number, 14 states hold primaries awarding 1357 delegates, about a third of all delegates, while a total of 1991 delegates need to be won by the candidate to be nominated.

This Super Tuesday also played a role in further filtering candidates. Although four states have taken the lead in holding the primaries before this time, only 155 delegates have been awarded in total. The symbolic significance is far greater than the actual numerical significance, and it has failed to effectively screen several promising players before Super Tuesday. 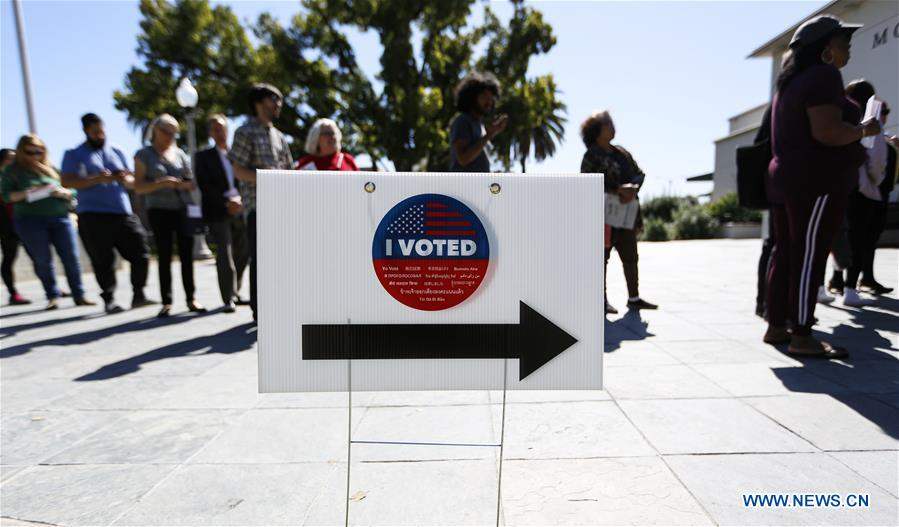 Voters line up to cast ballots at a polling station in Los Angeles, California, the United States, March 3, 2020. /Xinhua

Voters line up to cast ballots at a polling station in Los Angeles, California, the United States, March 3, 2020. /Xinhua

Moderates in the Democrats also see Super Tuesday as a key battle for fighting against the liberal front-runner Sanders. Buttigieg and Klobuchar announced their endorsement for Biden, hoping to boost him against Sanders on the eve of Super Tuesday.

Their endorsement proves that they have no confidence in Sanders challenging Trump on behalf of the Democratic Party and suspect that the liberal and progressive policy will not win broad support in the Midwest battlefield.

The significance of this year's Super Tuesday is not only about the election results, but that the series of primaries should wake up the Democrats. To defeat Trump in November, the party needs to form a wider coalition as soon as possible, without preoccupied with the disputes between moderates and radicals.

Since no one would easily get the majority of the pledged delegates needed to clinch the nomination of the first ballot after Super Tuesday, it proves that voters are still fragmented and the leading figure of the Democratic Party are still not there.

There is clear generation gap between supporters of Sanders and Biden while older voters are flocking to Biden in numerous states. However, many voters made last-minute decisions and are unsure whether they made the right choice after voting.

Another bad news for Democrats is that President Trump is winning all of the Republican primaries and has a strong party endorsement behind him after his acquittal. Sanders has more grass roots support while Biden was galvanizing moderates support in the party.

It seems that voters are not sure who is more likely to beat Trump, but time is limited and the Democrats needs to make a decision before it is too late.