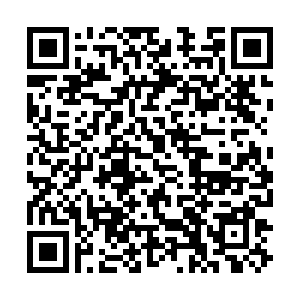 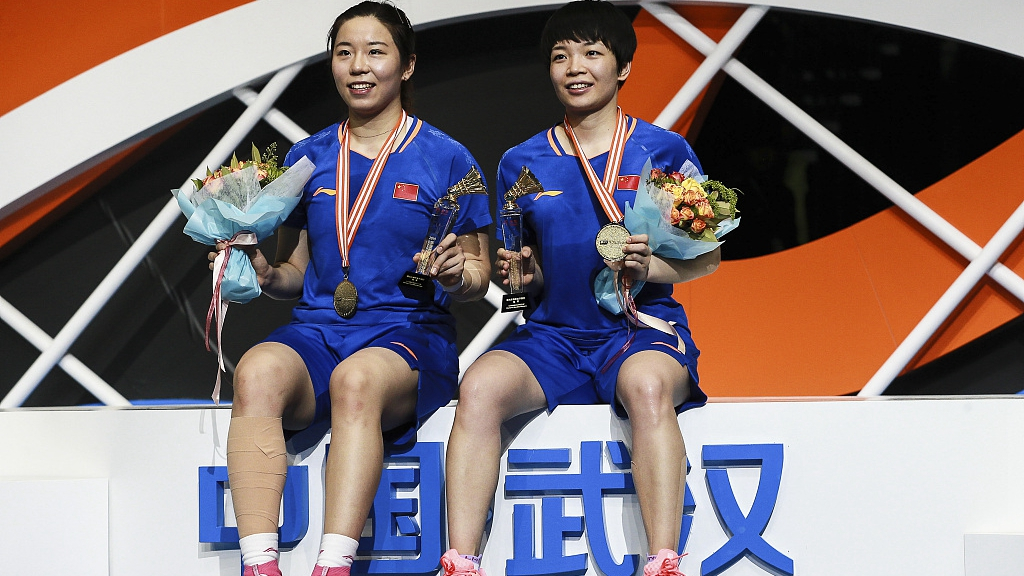 Concerns over the spread of COVID-19 continue to impact a string of sporting events around the world. The Badminton World Federation (BWF) is one of those, having just announced the decision to shift the Asia Championships from the Chinese city of Wuhan, the epicenter of the outbreak, to Manila, the capital of the Philippines.

The badminton showpiece event, which was originally scheduled to be held from April 21-26 in Wuhan, is one of the last opportunities for shuttlers to qualify for the Tokyo Olympics this summer.

With the coronavirus raging in China, Indonesia was initially considered by the BWF as an alternative candidate to be the new hosts, but the Southeast Asia giants declined to step up, citing shortage of funds. After weeks of negotiations, the Philippines eventually came to the rescue.

Several badminton competitions, which were to serve as qualifiers for the Tokyo Games, were either canceled or postponed in recent weeks due to COVID-19, but the BWF insisted that it will not extend the qualification period to add more ranking events in the lead up to the Olympics as it will affect different players "either positively or negatively." 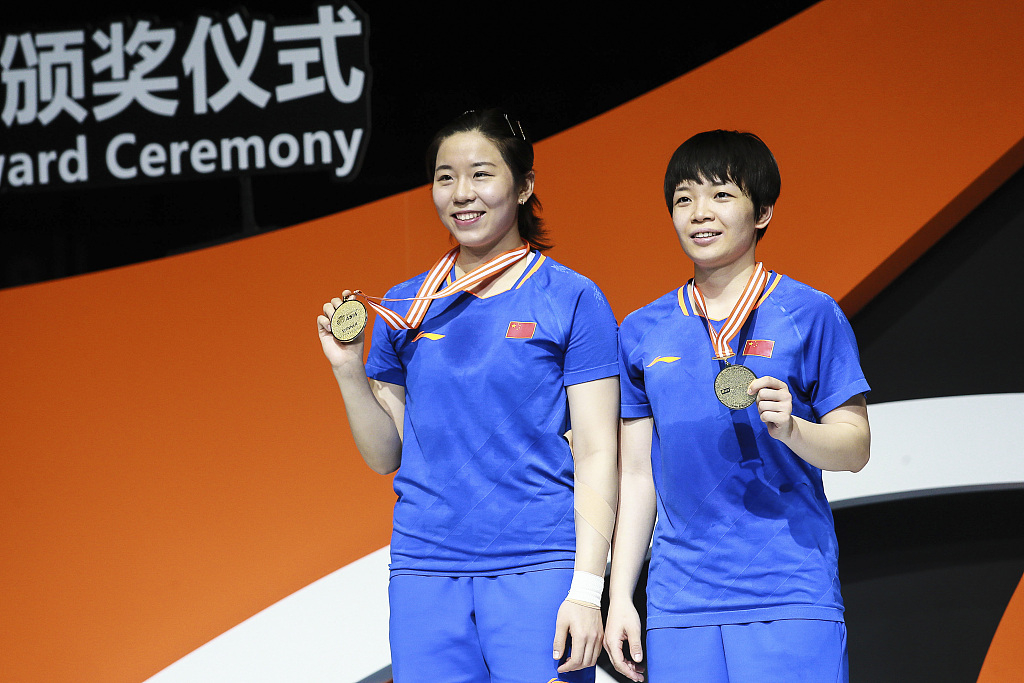 The top 16 singles players in the qualification race, limited to two athletes from the same nation, are guaranteed spots in the Tokyo Games, which begin on July 24.

The BWF stressed that it had been working closely with the Philippine Badminton Association to secure visas for all athletes for the individual championships.

"We have been trying to secure visa approval for all players and officials so they can be granted entry into Manila for this important and prestigious tournament," a BWF statement read.

The ramifications of the coronavirus have spread to nearly every sport and cycling was no exception. The two French cycling teams kept in the United Arab Emirates following the outbreak that ended the UAE Tour, will be quarantined for 10 more days, team officials confirmed on Wednesday.

"We have just learned that we are officially quarantined, in theory until March 14," Thierry Vittu, the president of Cofidis' competition team, posted on Facebook. The 12-member Groupama squad, which includes four riders, also remains under quarantine. 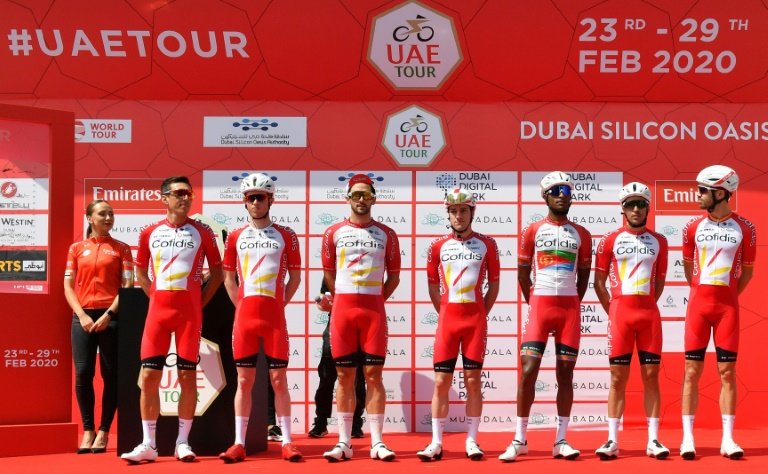 Cofidis riders will be quarantined in UAE for 10 days following the outbreak of the coronavirus, March 4, 2020. /VCG

Cofidis riders will be quarantined in UAE for 10 days following the outbreak of the coronavirus, March 4, 2020. /VCG

"We're officially in quarantine with a probable return on March 14," said Arnaud Demare, a one of the Groupama-FDJ riders. We've learnt that some people who tested positive for coronavirus were occupying the same floor as us."

There was no immediate comment from the other two teams which were in lockdown, UAE Team and Russian-backed Gazprom.

The UAE Tour was abandoned last Thursday after two Italian staff members with one of the teams tested positive for the disease. On Tuesday the UAE announced six more related cases, saying that two Russians, two Italians, one German, and a Colombian had been infected.

In Italy, the hardest-hit European country with 107 deaths, it was announced that all matches -- as well as all major sports events -- will be played behind closed doors until April 3.

"Closing doors but continuing matches is the right thing to do, so people aren't put at risk," Inter Milan chairman Steven Zhang told the BBC.

This week's Italian Cup semi-finals were postponed to a date to be arranged while a number of league games were cancelled over the last two weekends.

Morocco also announced on Wednesday that all football matches in the north African country will be played without fans after a 39-year-old man coming from the northern Italian city of Bergamo became its first registered case of coronavirus. 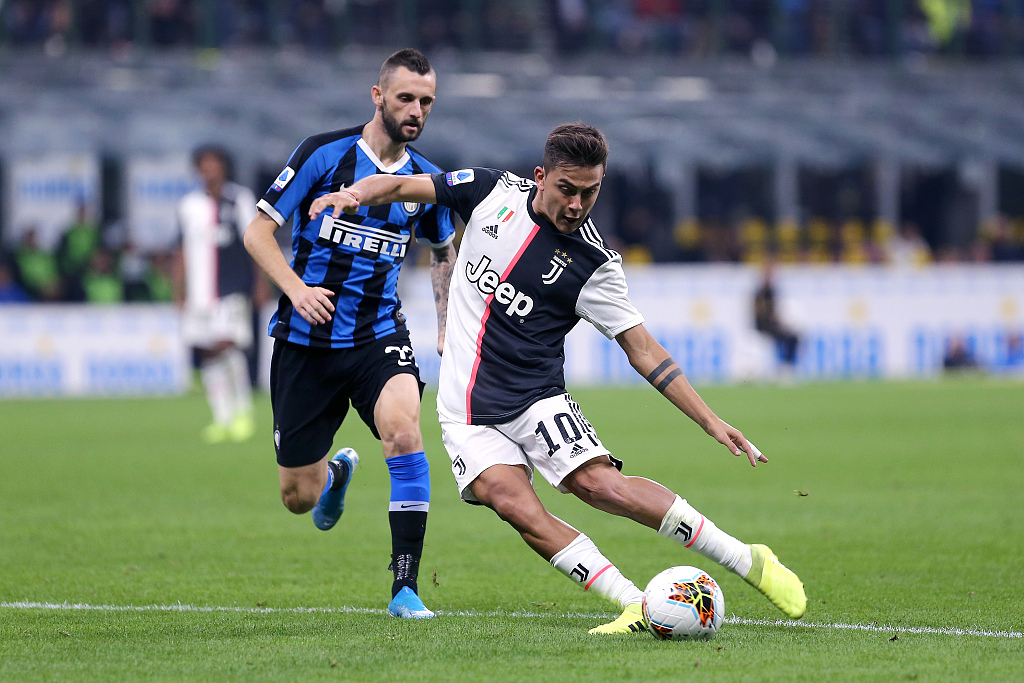 Juventus's top-of-the-table clash with Inter Milan has been called off because of the COVID-19 outbreak in Italy. /VCG

Juventus's top-of-the-table clash with Inter Milan has been called off because of the COVID-19 outbreak in Italy. /VCG

Meanwhile, the FIBA 3x3 Olympic qualification tournament that was scheduled to take place in India later this month has also been postponed .

The International Basketball Federation said on Wednesday its decision to postpone the March 18-22 tournament in Bengaluru was made after careful consideration regarding the outbreak of the coronavirus.

The event was set to include 40 teams - 20 for each gender - who would battle it out for six tickets to Tokyo 2020, where 3x3 basketball will make its Olympic debut.

FIBA said it is working in close collaboration with the International Olympic Committee on the best solution possible since the event needs to occur before the April 24-26 FIBA 3x3 Universality Olympic Qualifier Tournament in Budapest.

The governing body also said its 3x3 Asia Cups have been rescheduled with the May 13-17 competition in Changsha, China moved to September from May and the 3x3 Under 17 event in Cyberjaya, Malaysia, moved to October from June.

In addition, the governing body said the men's and women's FIBA Under 16 Asian Championships, which were due to take place in Beirut and Canberra, respectively, have both been canceled.