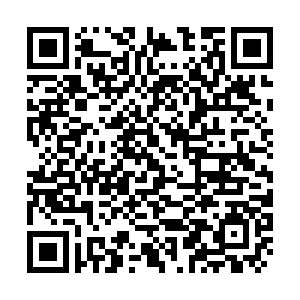 "Is it being a little hyped up, do you think, by the media?" Britain's Prince William joked about the deadly coronavirus outbreak during a three-day visit to Ireland.

On March 3, Prince William visited Dublin's Guinness Storehouse and was filmed joking about the fast-spreading coronavirus which has infected more than 90,000 people in over 100 countries as he talked with emergency workers at a reception.

Netizens on Twitter criticized the Duke of Cambridge for making a joke in bad taste. And the related hashtag #crownavirus soon appeared on trending topics. 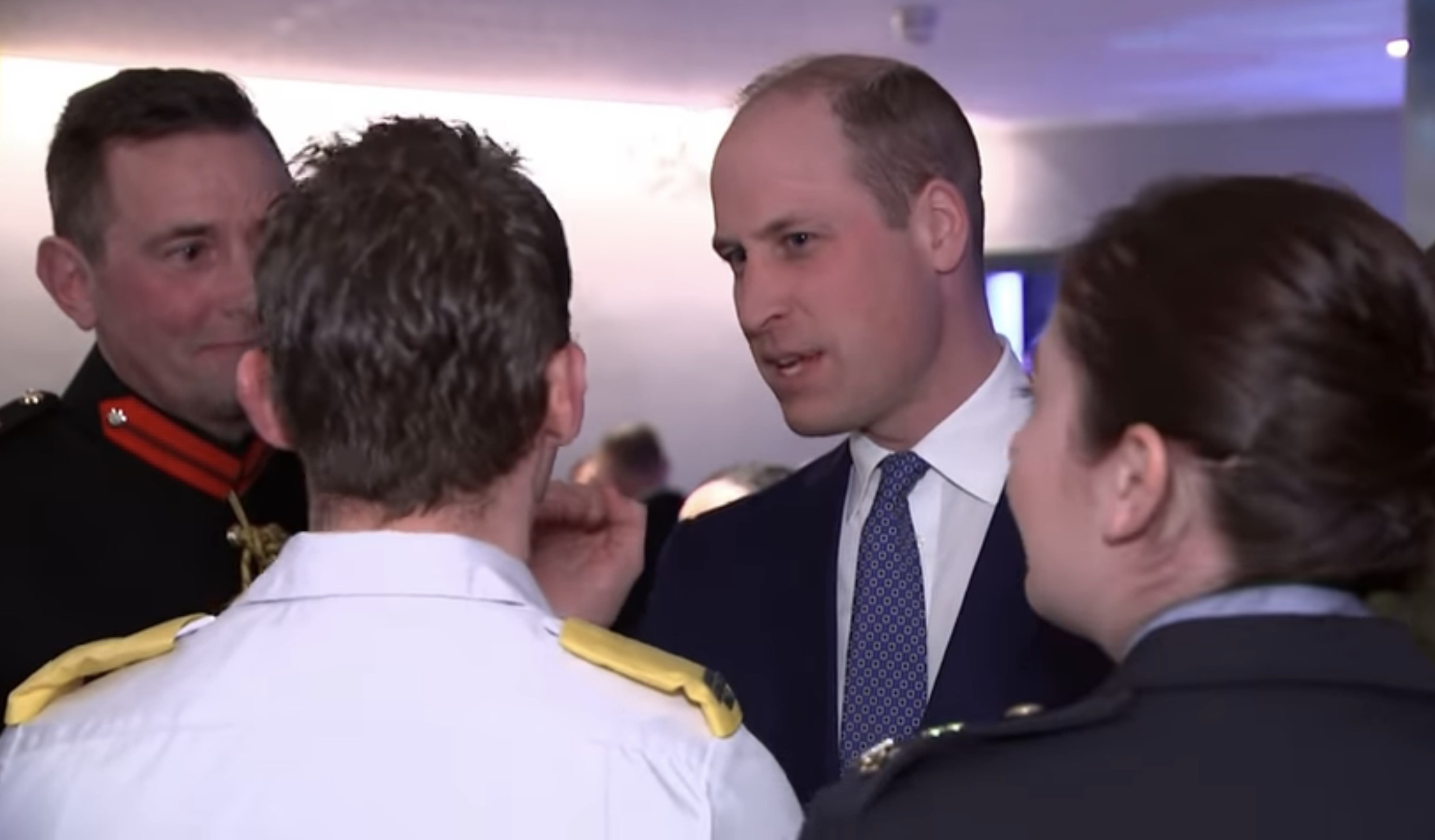 "The Duke and Duchess of Cambridge are spreading coronavirus. Sorry!" Prince William is said to have told Joe Mooney, an advanced paramedic with the National Ambulance Service. "I bet everyone's like, 'I've got coronavirus, I'm dying,' and you're like, 'No, you've just got a cough."

On the same day, the UK's Department of Health and Social Care released a coronavirus action plan, indicating the COVID-19 could "spread extensively" in the country and is "more likely than not that the UK will be significantly affected."

"It does seem quite dramatic about coronavirus at the moment," Prince William commented, according to reports of the conversation. 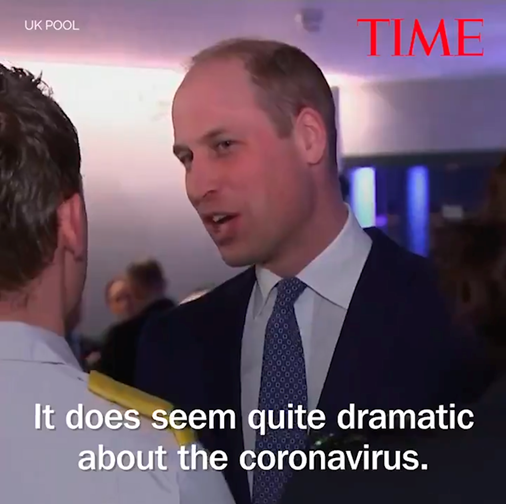 Netizens didn't take the joke for fun. "This virus has already killed people… Where is empathy?" @Patou commented on Twitter.

"I am disappointed that Prince William is so shielded that he can joke about a virus that has killed many people so far," @Karen Bocek-Steele said on Twitter. "It should NEVER be a joke."

The UK has so far reported 116 confirmed cases. Citizens have started to panic about the situation, with hand-washing products and toilet paper sold out in certain supermarkets.

According to a BBC report on March 6, photos of empty shop shelves are circulating on social media. It talked to staff at one supermarket branch near London and he said customers are clearing the shelves of rice, pasta and long-life milk since they are worried that they have to be self-quarantined. 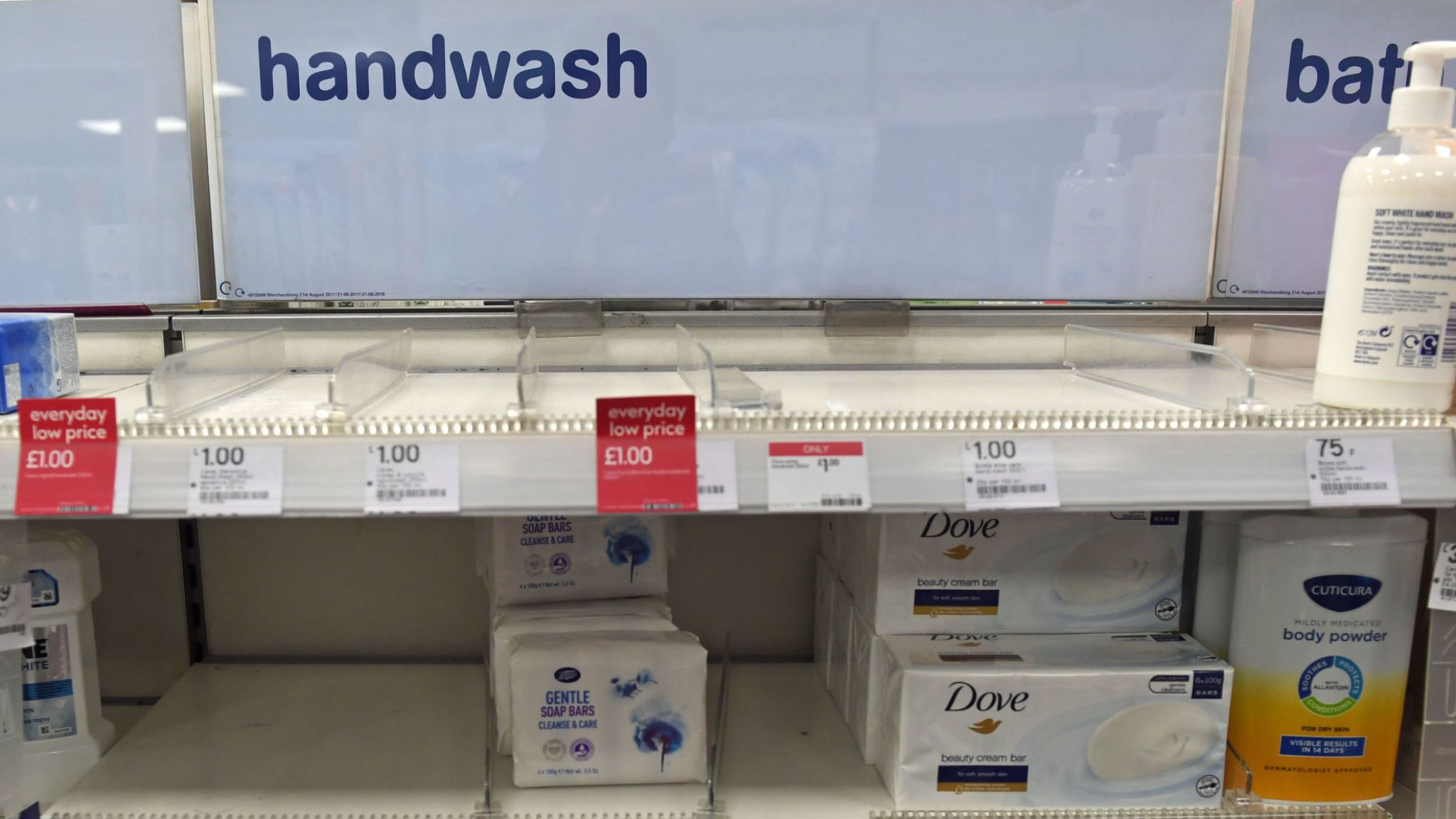 Handwash is out of stock in a market in London. /Sky News

Handwash is out of stock in a market in London. /Sky News 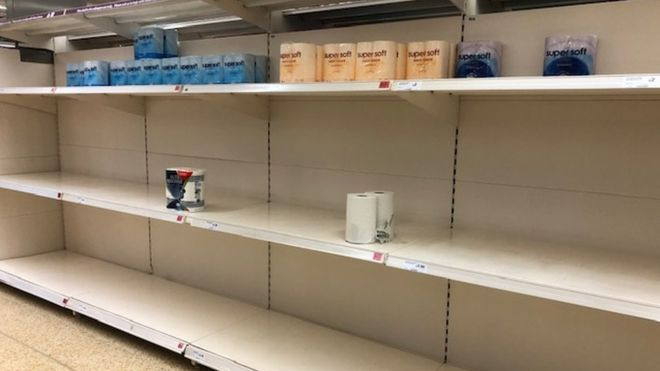 Tourist spots in London have also turned quiet. The Daily Mail reported that Oxford Street and New Bond Street - the busiest shopping destinations in central London – were near empty on Tuesday.

"When people know they're not being told the truth, they are more likely to panic-buy, so in this situation, honesty is the best policy," Jan Godsell, professor of operations and supply chain strategy at WMG, University of Warwick, told the BBC. She said she believes government should be more upfront to stop people panic-buying