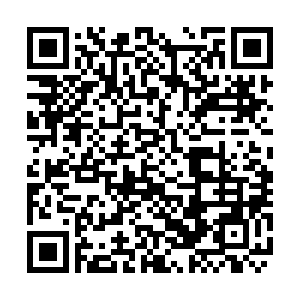 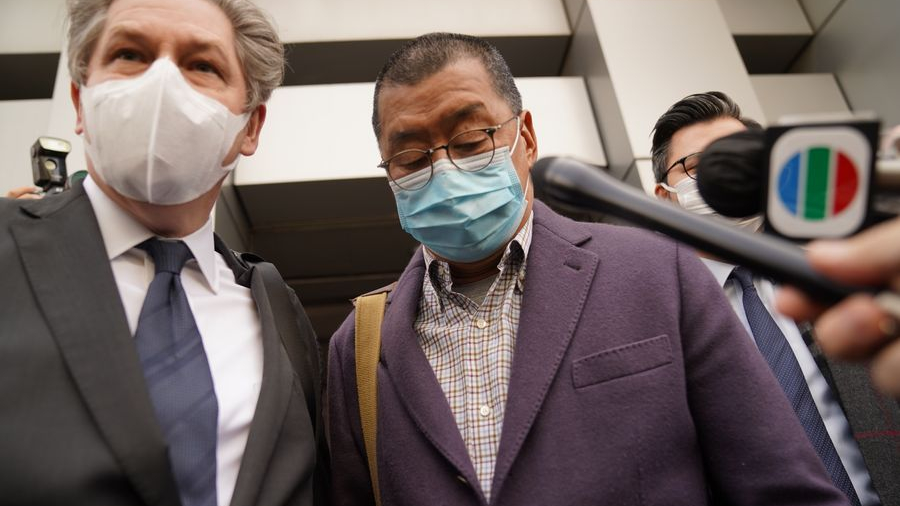 Editor's note: Dr. Yuan Sha is an assistant research fellow at the Department for American Studies of the China Institute of International Studies. The article reflects the author's opinion, and not necessarily the views of CGTN.

As expected, the arrest of Jimmy Lai Chee-Ying, founder of the notorious Apple Daily, has excited the anti-China circle in the United States. Clifford D. May, founder and President of Foundation for Defense of Democracies, voiced support for Lai in the Washington Times. With pride and prejudice, he ranted on a litany of accusations against China. As several long-time China hawks in Washington followed suit on social media, it is all too obvious that Hong Kong has become a chip in the U.S. politics.

In May's distorted piece, Lai is portrayed as a "freedom fighter" and a "champion of human rights," while the violent protests in Hong Kong are framed as a noble cause in "defense of freedom.

The truth is that Lai and two other riot leaders were arrested for participating in illegal assembly and committing criminal intimidation, and they then got released on bail. According to local media reports, they would appear in court on May 5.

It is natural for Lai, a rich man with vested interest, to relish the bygone era of British colonization. It is also natural for him to refuse to be associated with the once backward Chinese mainland which he once despised.

Lai is also suspected of colluding with U.S. politicians to subvert the Chinese government and was exposed by WikiLeaks to be closely related to the U.S. intelligence community. In an interview with NPR news, Lai even offered to be "fighting the first battle of the Cold War" for the U.S.

So Lai might be a friend of the U.S., but he is a traitor to China. In fact, Hong Kong citizens have organized dozens of demonstrations against him. Some opened champagne and set fireworks to celebrate his arrest.

Lai, a billionaire himself, can never represent ordinary Hong Kong people. Likewise, those U.S. elites will never put Hong Kong's interest at heart. It is pathetic to allow these people to undermine Hong Kong's stability and prosperity. It is also dangerous to let them draw an artificial line between the Chinese mainland and Hong Kong.

Hong Kong is not a place for "color revolution"

It is known to all that the U.S. has been indulging itself in policing around the world, promoting regime changes, and imposing its will on other free-willed people.

The aboved-mentioned Foundation for Defense of Democracies and other organizations have long been engaged in clandestine activities in other countries under the disguise of NGOs. Some have links with the CIA and are tasked with the mission of spreading U.S. values and carrying out sabotage activities. 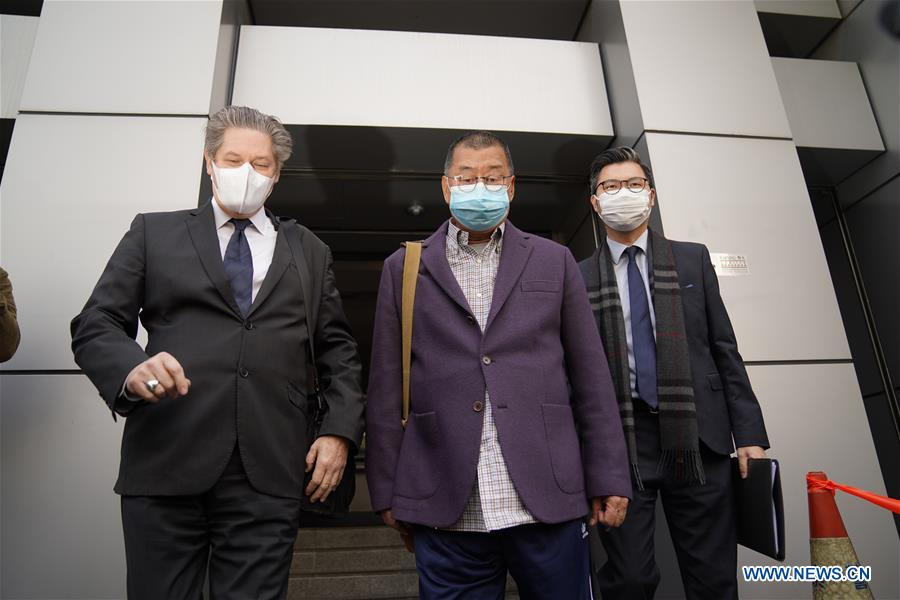 These forces harbor the illusion of making Hong Kong a perfect place to sow division, stir up hatred and instigate another "color revolution." In the past several years, they have poured huge amount of resources into Hong Kong, and now they are waiting to reap what they have sowed.

But they are choosing the wrong candidate. The arrest of Lai demonstrates the courage of the Hong Kong SAR government to stand up to foreign coercion and its determination to uphold the rule of law and restore order in Hong Kong.

China-bashing has become a political ploy

Unfortunately, with rising tensions between China and the U.S., China-bashing has become a cost-effective and even politically-right choice in Washington.

The U.S. "whole of government" strategic competition against China naturally entails the psychological and ideological part. By demonizing China, it would build a political coalition against China and rationalize more hardline policies. By instigating turmoil in Hong Kong, it would give the U.S. the opportunity to weaken and divide China.

More disturbingly, as the U.S. is becoming increasingly bipolarized, the China policy has become highly politicized. Politicians across the aisle are racing to burnish their anti-China credential. Many of them would be happy to see Lai imprisoned so that they would have more fodder to discredit China.

At this stage, we can't tell who is calling the shot. Is Lai playing those U.S. hawks for his personal gain? Or are the Americans playing Lai for their political interest? Maybe they are using of each other to advance their respective agenda. But Hong Kong and ordinary Hong Kong people would suffer in the process.

(If you want to contribute and have specific expertise, please contact us opinions@cgtn.com.)