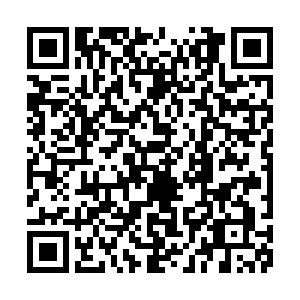 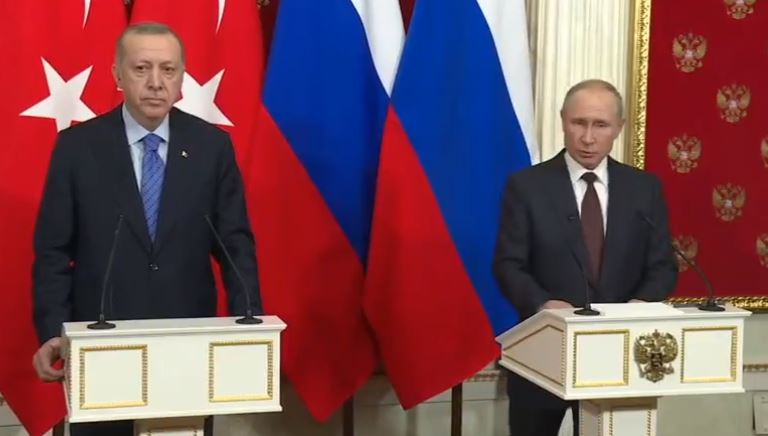 Turkey and Russia agreed a ceasefire deal on Thursday in Syria's Idlib region, their two leaders said after talks in Moscow to contain a conflict which has displaced nearly a million people in three months.

Russian President Vladimir Putin, standing next to his Turkish counterpart Tayyip Erdogan, said he hoped their agreement would lead to a halt of military action in Syria's last major rebel stronghold in its northwest.

"I express hope that these agreements will serve as a good basis for a cessation of military activity in the Idlib de-escalation zone (and) stop the suffering of the peaceful population and the growing humanitarian crisis," Putin said.

Erdogan told reporters the truce would come into effect at midnight on Thursday. "We will work together to supply aid for the Syrians in need," he said, adding that Turkey retained the right "to respond to all (Syrian) regime attacks in the field."

The latest offensive in Idlib by the government forces, backed by Russian air strikes, sparked what the United Nations warns to become the worst humanitarian crisis yet in a war that has driven millions from their homes and killed hundreds of thousands. 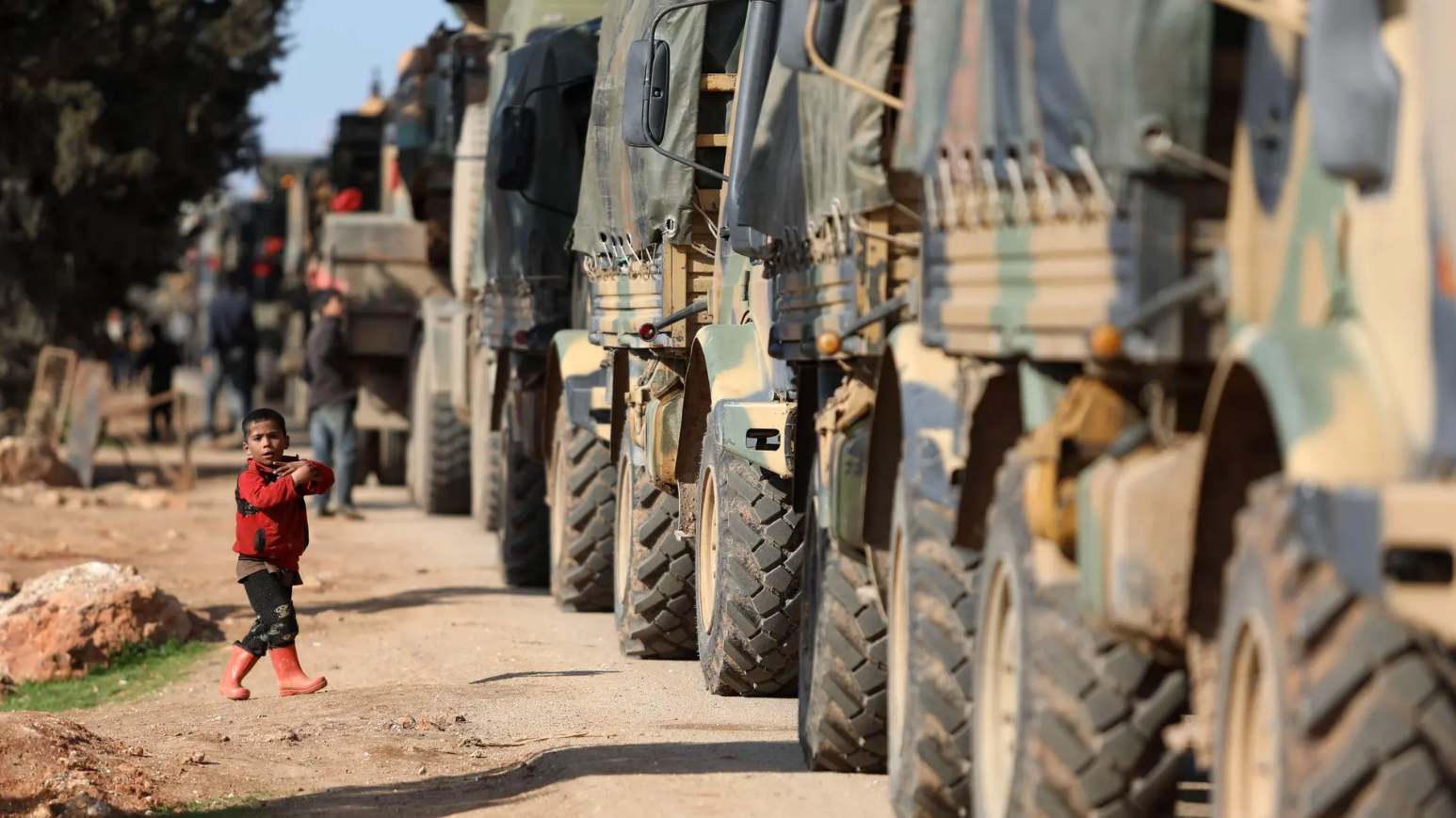 A Turkish military convoy is seen on a highway leading to Idlib, northern Syria, March 2020. /AFP

A Turkish military convoy is seen on a highway leading to Idlib, northern Syria, March 2020. /AFP

The Russian military has, however, repeatedly played down any talk of a refugee crisis and accused Turkey of violating international law by pouring enough troops into Idlib to make up a mechanised division.

What's at stake for Syrian refugees in Turkey?

Turkey, which has the second largest army in the transatlantic NATO alliance, has funneled troops and equipment into the region in recent weeks to resist the Syrian government forces' advance and prevent a wave of refugees over its southern border.

Russia also raced to reinforce its troops in Syria by sea and air before the Putin-Erdogan talks.

Assad himself has vowed to recapture "every inch" of Syrian territory, but his depleted military depends heavily on Moscow's power and Iranian-backed militias on the ground. Iran was not a party to Thursday's deal.

Apart from Idlib, a large stretch of northern Syria remains outside Assad's control, held by Turkey and its rebel partners, and by U.S.-backed Kurdish forces.