What is wrong with Jesse Watters?
Zhao Hai 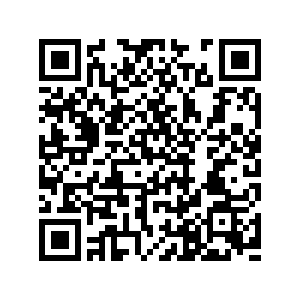 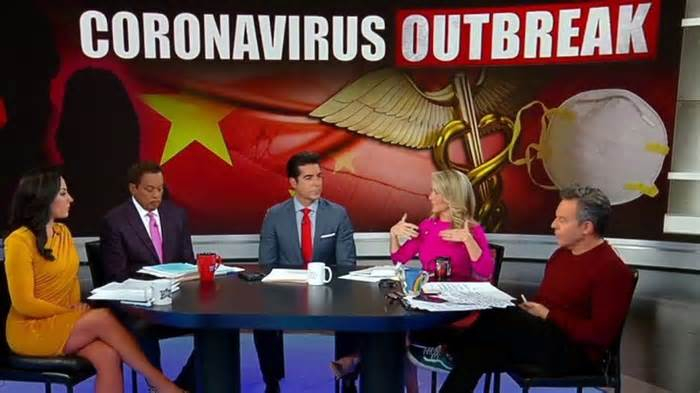 Screenshot of Fox News commentator Jesse Watters (middle) who said he expects "a formal apology from China" over COVID-19 outbreak.

Screenshot of Fox News commentator Jesse Watters (middle) who said he expects "a formal apology from China" over COVID-19 outbreak.

Editor's note: Zhao Hai is a research fellow at the Institute of World Economics and Politics, Chinese Academy of Social Sciences. The article reflects the author's views and not necessarily those of CGTN.

"What's wrong with Watters?" That is the question people have been asking about Jesse Watters, a Fox News host who spewed out racist tropes about Chinese people and demanded an apology from China over the COVID-19 epidemic on Monday.

During a talk show called "The Five" on Fox News channel, Watters attacked the Chinese government by saying the communist government cannot feed its people, caricatured Chinese people by saying they are desperate for food and eat raw bats and snakes, and mischaracterized Chinese food as being uncooked and unsafe. After these outrageous claims, Watters went on to say he expected "a formal apology" from China the next day.

Chinese Foreign Ministry spokesperson Zhao Lijian deconstructed the logic of Watters. "Why would the people or the country be responsible for being the first to be hit by the contagious disease? By the same token, shouldn't the U.S. apologize for various outbreaks, such as the H1N1 pandemic, first and foremost, as it spread to 214 nations and regions in 2009 and killed 18,449 patients? "

Others have pointed out the damage such claims have caused to the Chinese community in the United States. Already the number of people visiting Chinatowns has dropped dramatically due to misconceptions that only the Chinese carry this deadly pathogen.

The Fox News host has drawn criticism for many provocative and inaccurate statements in the past.

Although he has been accused of racism against people of color repeatedly, misogyny and xenophobia, the real question is not the prejudice of this particular talk show personality, rather, why would a guy harboring all these ridiculous ideas and brazen enough to shout them all out on TV in front of millions of viewers be sitting there and hosting the show still?

It certainly is not that the U.S. broadcasting firm really cherishes the principle of freedom of speech, because many people who made less offensive comments have been immediately fired in the past.

It may largely be explained by the political entrepreneurship of both Watters and Fox News. For Watters, in order to survive and be successful as a host in the highly competitive American TV show market, he needs to be provocative, controversial, and sometimes obnoxious to get better audience ratings. And Fox "News," as a profit-making media company, is happy to employ someone like Watters so that its program could be popular. 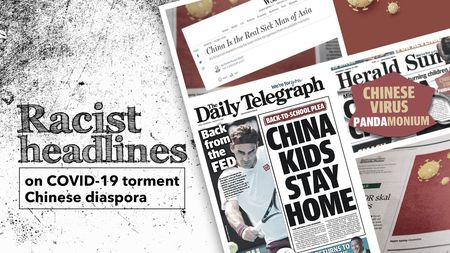 However, the venomous presentation of Watters exposes a deeper and more worrisome trend in American society in recent years.

Long underlying racism has never been eradicated. To call America "racism-free" like Watters proudly proclaimed in his previous shows is simply turning a blind eye to the issue.

Ever since the Gold Rush, Chinese immigrants in America have been discriminated against, misrepresented, and repressed. Such racism culminated in the Chinese Exclusion Act of 1882. Back then, culinary hygiene had become one of the focal points of anti-Asian racism. Unfortunately, the stereotype persists in some areas of American society and always reemerges whenever American nationalist politics requires.

What is more alarming for China-U.S. relations in general is that some of the current and former Trump administration officials are building their anti-communist ideological agenda on top of the civilizational clash.

In order to wreck the solid and healthy people-to-people ties between the two countries and mobilize the American public against China, these people are using unfounded charges, fear-mongering and fabricated lies to alienate the two peoples and sow the seeds of hatred against the Chinese. These elements, often observed as conspiracy theories, are sweeping social media and increasingly showing up on TV screens with influential hosts blindly repeating them.

Here we are at a crossroad. Instead of asking what is wrong with Watters, we should be asking what is wrong with American politics and America's China policy? When will we have the moment when the brave and just Americans start to ask their fellow media people, "Do you not have any decency?" If civility and conscience continue to be lost in the polarized U.S. political discourse, then we may expect more Watters to come.

When humans are facing great suffering, they show two faces, one noble and one treacherous. People in Wuhan and other Chinese cities showed their courage to the world when fighting the COVID-19 shoulder to shoulder, while Watters and his likes showed a despicable soul when the world needed solidarity.

So, Jesse Watters, now you are hearing from us: We expect a formal apology from you tomorrow if there's any human decency left in you.