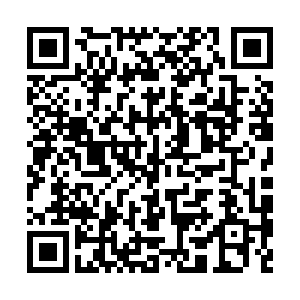 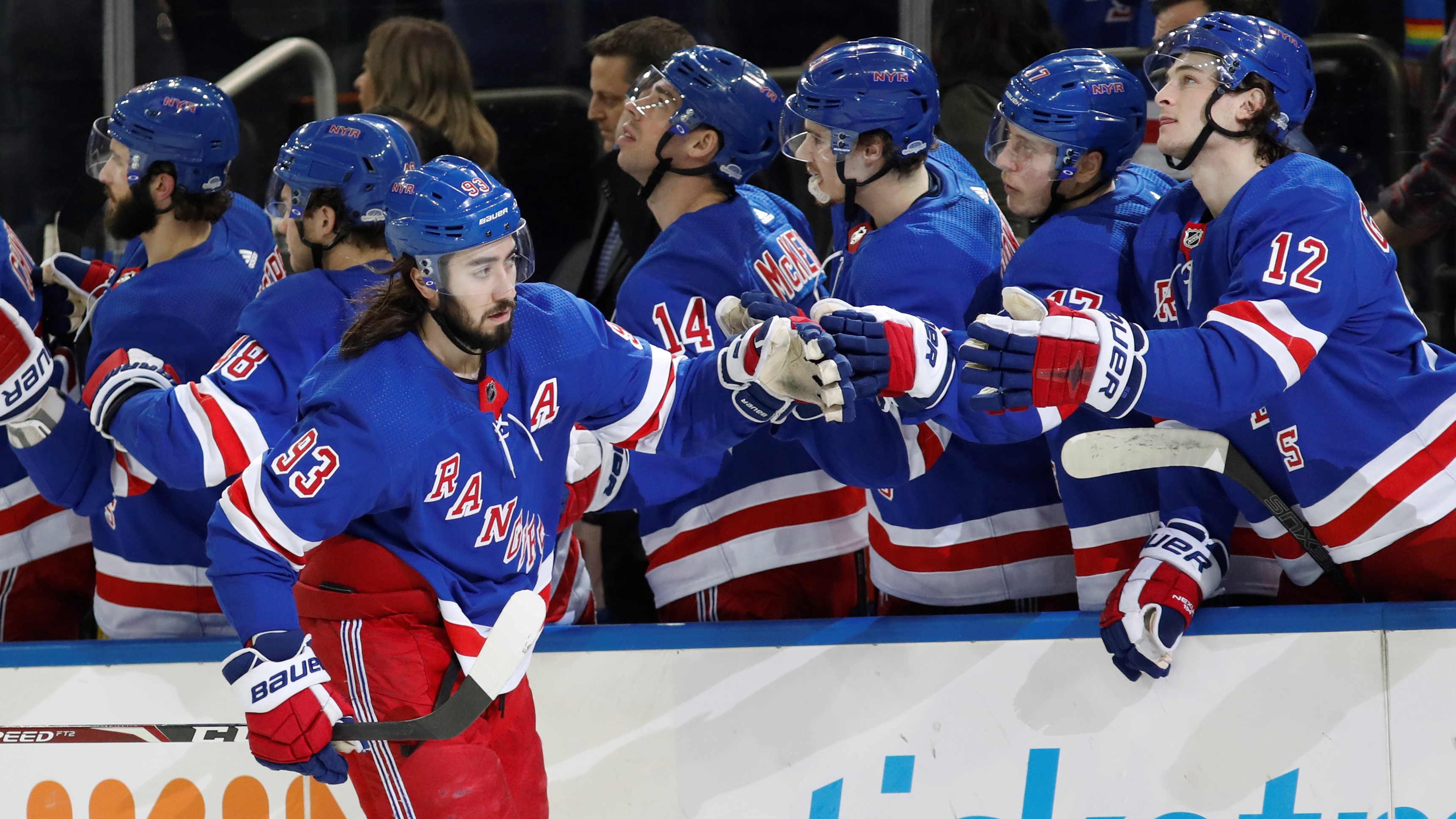 Mika Zibanejad #93 of the New York Rangers celebrates with his teammates after scoring a goal in the game against the Washington Capitals at the Madison Square Garden in New York City, New York, March 5, 2020. /AP

Mika Zibanejad #93 of the New York Rangers celebrates with his teammates after scoring a goal in the game against the Washington Capitals at the Madison Square Garden in New York City, New York, March 5, 2020. /AP

The puck kept finding Mika Zibanejad – and he kept burying them in the back of the net.

And, the last put him in the New York Rangers' record books and delivered them a big-time victory.

Zibanejad scored five goals to match the franchise record, capping the scoring spree 33 seconds into overtime in a wild 6-5 win over the Washington Capitals on Thursday night.

"The puck followed me today, I guess," he said. "You look at the goals and it's unbelievable plays being made and today I was at the right spot at the right time.

"It's a night I'll remember for a long time."

Zibanejad is the second player in NHL history to score his fifth goal in OT, joining Detroit's Sergei Fedorov, who accomplished the feat on December 26, 1996 – also against Washington.

"I feel like I'm speechless right now, to be honest with you," Zibanejad said.

Zibanejad's 38th of the season helped New York end a three-game skid and pulled the Rangers within two points of the Islanders for the final wild-card spot in the Eastern Conference. He took a pass from Artemi Panarin and broke in alone and beat Ilya Samsonov with a backhand. Zibanejad is the first Rangers center with at least 35 goals in a season since Hall of Famer Eric Lindros in 2001-02.

"You'd be hard pressed to match that," Rangers coach David Quinn said. "Early on, he gets the hat trick and just doesn't stop."

"Sit back and watch it and enjoy it because it was a special night in so many ways for him and for us obviously to win a game of that magnitude, the ebbs and flows of it," Quinn said.

"It was a special night obviously, not just for Mika, but for all of us to be part of it."

When Zibanejad first entered the locker room after the game, it was empty – until his hiding teammates surprised him and quickly mobbed him with hugs.

"I didn't expect that," Zibanejad said. "I knew something was going on when I came in and no one was in here."

His performance also wowed his teammates on social media, including goalie Henrik Lundqvist who tweeted: "Are you kidding me?? Did that just happen? What a performance!!"

Tony DeAngelo had a goal and two assists, Panarin had three assists and Alexandar Georgiev made 29 saves for New York.

Alex Ovechkin had two goals, including the tying score with 43 seconds remaining to force overtime. That came after Zibanejad scored on a rebound with 1:42 remaining to give New York a brief 5-4 lead.

"Crazy game," Zibanejad said. "Even though they tie it up and they come after us right after we score, we kept it going and found a way to win."

Ilya Kovalchuk had a goal and an assist, and Carl Hagelin and Garnet Hathaway also scored for Washington. Samsonov had 33 saves for the Capitals.

Philadelphia, which extended its winning streak to eight games after beating Carolina, tied Washington for first place in the Metropolitan Division.

"Major credit to us to get that goal at the end (of the third), that says a lot," Capitals coach Todd Reirden said. "And then we put our two best 3-on-3 guys out there and we let a player score his fifth goal of the game."

Defense has been an issue for the Capitals, who have allowed at least three goals for the 10th consecutive game. It's the first time they've done that since the 2006-07 season.

"It was nice to at least get a point when we probably didn't deserve one," said Capitals defenseman John Carlson, who had two assists.

Reirden was also unhappy with the penalties the Capitals took, especially third minors in a row late in the third period.

"It's getting too late in the season for players to take penalties and then we have to sit them because they can't go on the ice without taking a penalty," he said.

The Rangers broke a 3-3 tie early in the third period. Pavel Buchnevich had the puck behind the net and connected with Zibanejad, who was cutting across the net just 12 seconds in.

Ovechkin wristed in his 46th of the season from the left faceoff circle at 9:22 to make it 4-4.

With game tied at 2 in the second, the teams traded goals 16 seconds apart.

First, DeAngelo scored off a nice pass from Panarin at 14:42. Panarin connected with the defenseman, who was cutting toward the net and scored his 14th of the season. The Capitals answered right back when Hathaway scored his ninth of the season.

Georgiev was sharp early on in the game, including stopping Panik on a breakaway a little more than five minutes into the first period.

The Capitals kept up the pressure and opened the scoring a couple of minutes later. Nick Jensen sent a pass to Hagelin, who beat Georgiev with a wrister short-side for his eighth of the season at 7:05.

The Rangers tied it on the power play two minutes after that. DeAngelo sent a pass from the right point to Panarin. Panarin's one-timer was deflected into the net by Zibanejad at 9:01.