'Everything will be OK – just stop touching your face'
Chris Hawke 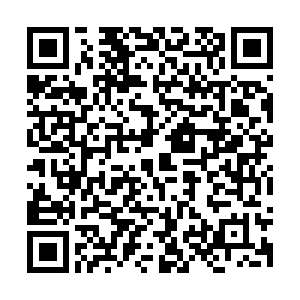 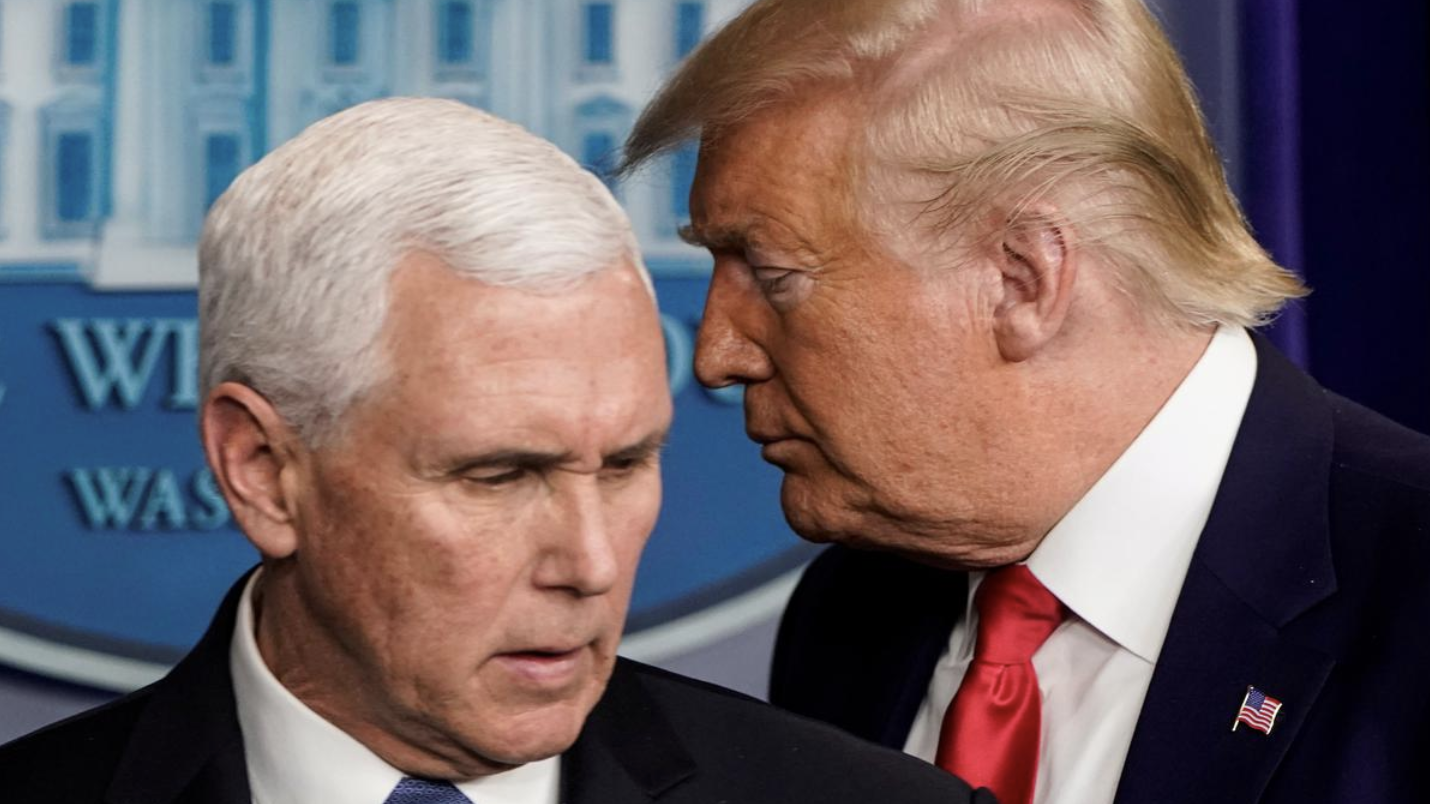 Editor's Note: Chris Hawke is a graduate of the Columbia University Graduate School of Journalism and a journalist who has reported for over two decades from Beijing, New York, the United Nations, Tokyo, Bangkok, Islamabad, and Kabul for AP, UPI and CBS. The article reflects the author's opinions and not necessarily the views of CGTN.

When the COVID-19 started to spread in China, authorities reacted with historically unprecedented quarantines of cities.

Now, that it is spreading through the United States, U.S. President Donald Trump is telling people not to touch their face.

"I haven't touched my face in weeks," Trump said in a meeting with airline executives this week. "Been weeks. I miss it."

This casual attitude is contagious. I told my father back home, who is right at the age to be in a high-risk group, to take the threat seriously. He replied, "Something has got to do me in."

There is no point in being frightened and anxious, and the casual attitude conveyed by Trump and his team could be interpreted as an attempt to prevent panic buying and runs on medical supplies. This would be responsible.

Or it could be Trump ignoring advice from his own advisers to suit the narrative he hopes for in his own head to ensure his reelection. That would be less responsible.

Last week, after his top officials told the public the spread of the virus was inevitable, Trump went on television and said, sharing the same stage the officials, it was "not inevitable."

This is minutes after Trump had been told about a case of community spread in California, and decided not to mention it.

On the stage with Trump was Anthony Fauci, director of the National Institute of Allergy and Infectious Diseases. During the media conference, Fauci had to clarify that when the president said a vaccine would be ready "relatively soon," that meant at least a year from now.

Trump surprised virus task force leader Health and Human Services Secretary Alex Azar by telling him just before the media conference that Vice President Mike Pence would now be leading the government's response to the outbreak.

At the end of the conference, Azar walked to the podium to clarify that he was still leading the COVID-19 task force – as Trump and Pence walked out of the room.

People are still scratching their heads to figure who is actually in charge, but at least it will be easier to avoid blame if the coronavirus turns out to be worse than the flu.

After the media conference, Fauci cancelled a series of appearances on Sunday talk shows.

Fauci denied being muzzled. Rather, he insisted, Pence's office wanted him to run interviews past it for re-clearance. Having worked in Washington for 35 years, Fauci knows how to play the game.

Obliquely addressing Trump's minimization of the danger from the virus, Fauci told Politico, "I think that this is going to be one of those things we look back on and say, 'Boy, that was bad.'" 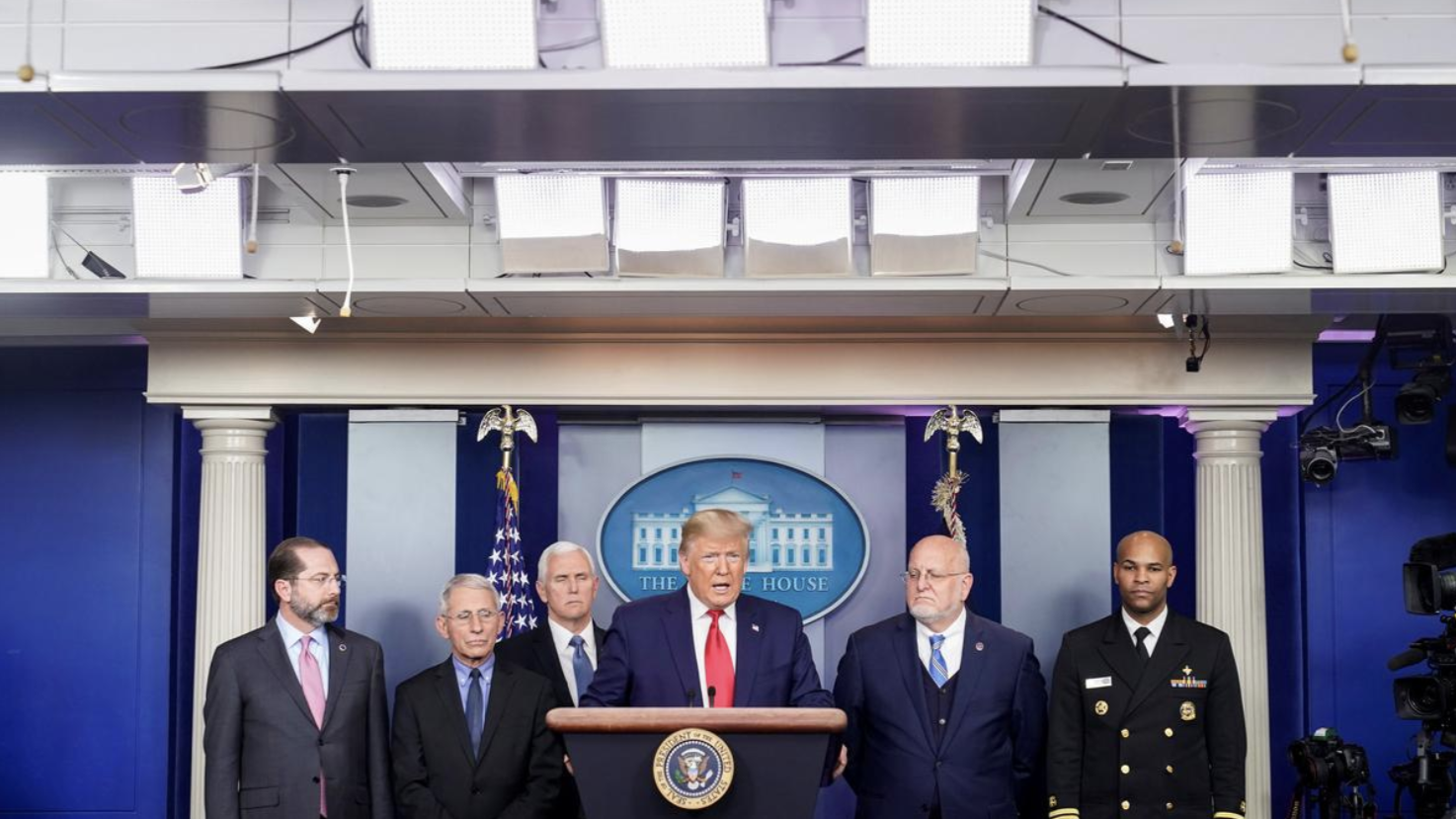 Trump's insistence that COVID-19 is like the flu, but with less deaths, seems to have sapped the urgency of the government response.

For weeks, the Centers for Disease Control and Prevention had rules in place limiting testing of anyone who had not been in direct contact with a known infected person, or been to a high risk area.

In addition, the government insisted people must use CDC tests only. However, the test was not widely available, and the CDC's own capacity was limited.

Predictably, the virus invisibly spread throughout the U.S. during this time.

Pence pledged on Wednesday that there would be 2,500 testing kits out before the end of this week, which represents about 1.5 million tests.

Pence's pledge itself was a walkback from a government statement that one million Americans would be tested for the virus by the end of the week.

Pence also promised Wednesday that lab tests for COVID-19 would be covered by private and government health insurance.

Pence said at a White House briefing that The Health and Human Services Department "has designated the coronavirus test as an essential health benefit. That means by definition, it's covered in the private health insurance of every American as well as covered by Medicare and Medicaid."

However, experts were stumped, unable to point to which law gave the government power to order private companies to provide "essential health benefits."

Experts also pointed out that there are 28 million Americans without any private or government insurance coverage at all.

The Associated Press tactfully reported that Pence's "promise appears to be less than airtight."

This week, a tweet spread widely throughout the country claiming that a man had gone to get tested for the virus and was billed 3,000 U.S. dollars. Fact checkers found the tweet was false.

However, the Miami Herald reported a case in which Osmel Martinez Azcue went to Jackson Memorial Hospital, and told doctors he was concerned he had the coronavirus. He was showing symptoms after he returned from a high-risk area. He had a flu test, tested positive, and did not get the coronavirus test.

The hospital billed 3,270 U.S. dollars for the visit, but said Azcue would only be responsible for 1,400 U.S. dollars of it. However, the Herald reported that Azcue's insurer demanded three years of medical records to prove the flu was not related to a preexisting condition, or he would have to pay all of it.

Perhaps Azcue could have avoided this if he had stopped touching his face.

Footage of government officials warning people not to touch their faces, and then touching their faces is going viral on the web. These officials include Birx, Pence, and – despite his claim of not having done so for weeks – Donald Trump.