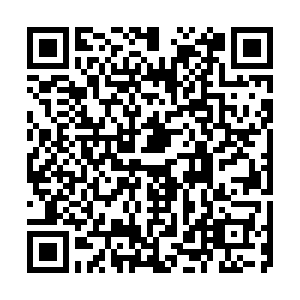 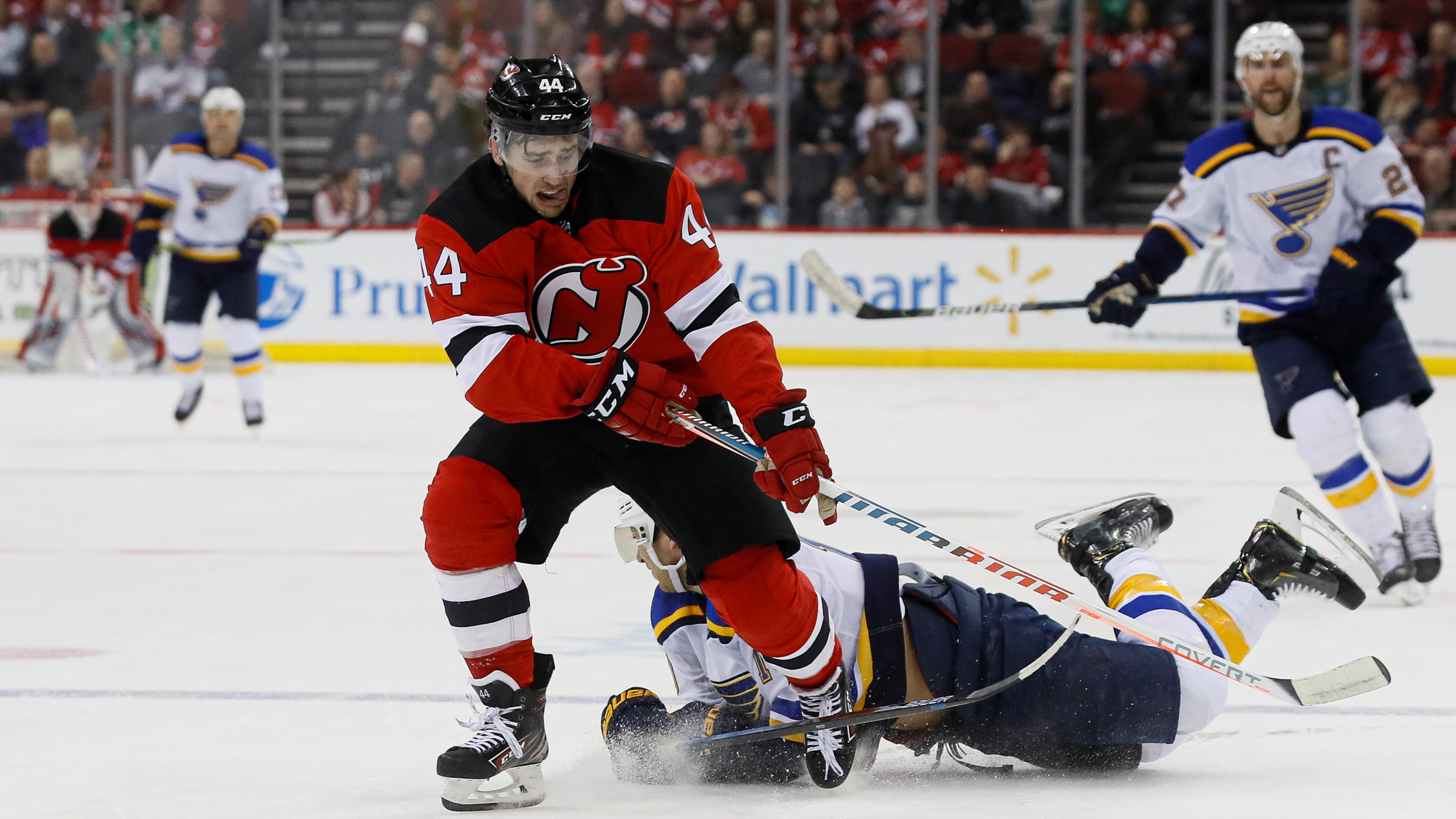 Miles Wood #44 of the New Jersey Devils clears the puck from Brayden Schenn of the St. Louis Blues in the game at the Prudential Center in Newark, New Jersey, March 6, 2020. /AP

Miles Wood #44 of the New Jersey Devils clears the puck from Brayden Schenn of the St. Louis Blues in the game at the Prudential Center in Newark, New Jersey, March 6, 2020. /AP

The St. Louis Blues' eight-game winning streak came to an end at the hands of a team very few would have expected to beat them.

The New Jersey Devils ended more than six years of frustration against the Blues by stunning the defending Stanley Cup champions 4-2 on Friday night.

And it was a stunner in all aspects.

Dakota Mermis scored his first NHL goal. Fellow defenseman Connor Carrick got his first of the season. Cast-aside goaltender Cory Schneider made 31 saves and added an assist in posting his first win at home in more than a year and helping New Jersey end a 12-game skid against the Blues, dating to January 2014.

"They beat us pretty badly the last few years since I've been here, so it's nice to take one from them and I thought we played well," said Schneider, who was banished to the AHL in November after a bad start. "I don't think we snuck one out or got lucky, but we matched them play for play and I thought we were with them right until the end."

The Blues, who started their winning streak with a shutout of New Jersey on February 18, didn't go easy. They closed their deficit to 3-2 on a goal by Jaden Schwartz with 3:11 and were in it until Joey Anderson iced the game with an empty-net goal with 57 seconds to play.

"We played some real good hockey," Blues coach Craig Berube said. "We won eight games in a row and just wound up just not playing good enough tonight. You are not always going to have your best game, night in and night out. This tonight, I thought they were a lot better than us. So they deserved to win."

Vince Dunn also scored for the Blues and Jordan Binnington had 28 saves in losing for the first time in seven starts.

The Devils won despite having what would have been a third second-period goal nullified because Kevin Rooney's skate prevented Binnington from using his pads to stop a shot.

Mermis, who was recalled from Binghamton last month, broke a 1-all tie with a remarkable shot. He got the puck backing up in the left circle and wristed a shot past a seemingly screened Binnington that found the top right corner of the net at 6:50. Playing in his 18th career game, he laughed about it on the bench.

"It was incredible, there's so much adrenaline in that moment that you skate forever after that," Mermis said. "You start to enjoy it and it's such a surreal moment but it's really good to get that one."

Carrick, who was playing in his 27th game this season, upped the lead to 3-1 with a wrist shot from the point at 17:58 that Binnington also didn't see.

Schneider, who was also recalled from Binghamton last month and got an assist on Mermis' goal, stopped nine shots in the final 20 minutes to improve to 3-0-1 since returning.

"They've got good players," Blues defenseman Alex Pietrangelo said. "They have young players, they are hungry guys. We knew they were going to play us hard. We are getting the best from every team, all year. This is no different. Give them credit. They played well."

Jesper Bratt had given the Devils the lead 8:38 after the opening faceoff. He swooped around defenseman Colton Parayko and beat Binnington with a forehand for his fifth goal in eight games.

Dunn tied it with a power-play goal on a rebound.

Other results on Friday (home teams in bold):